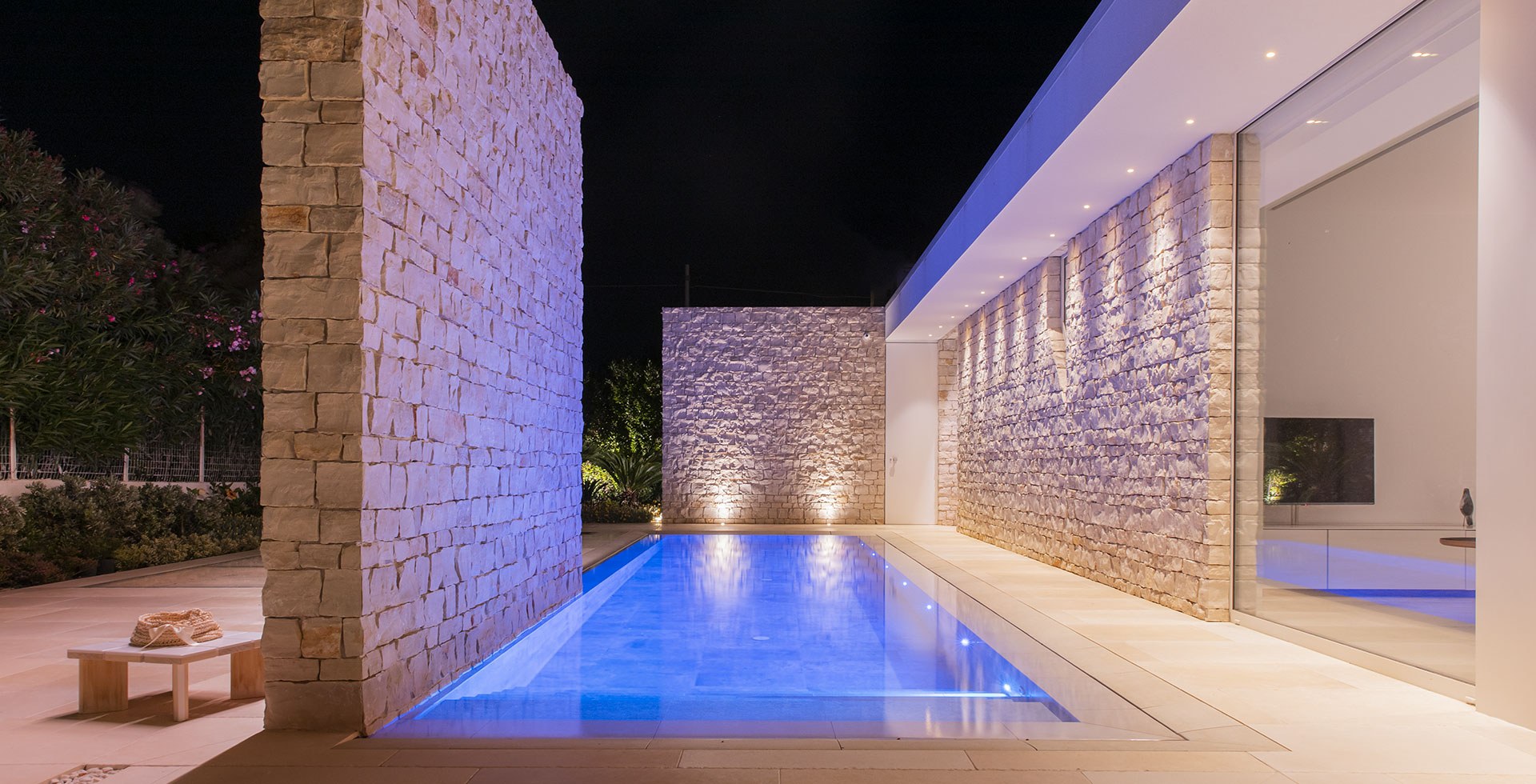 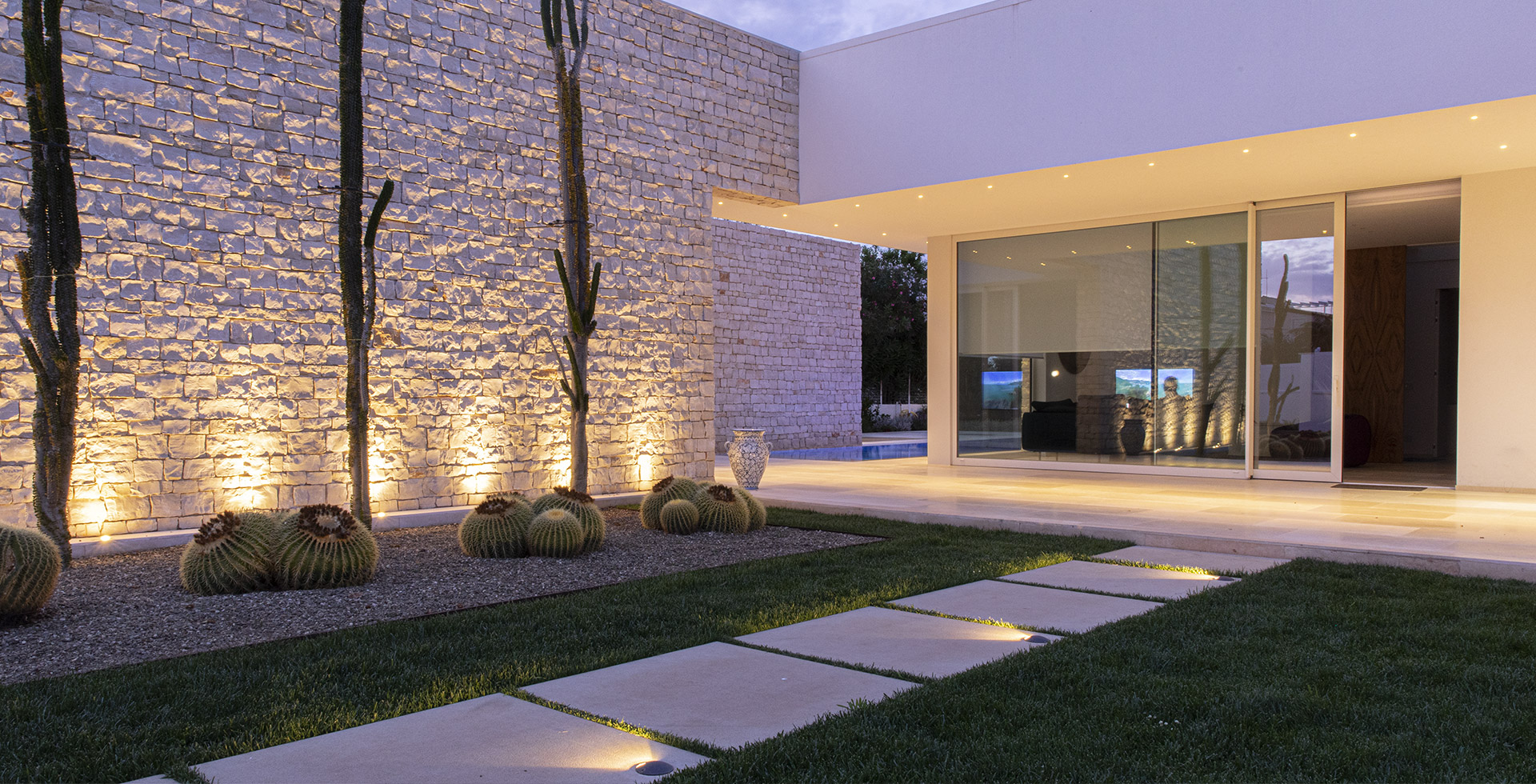 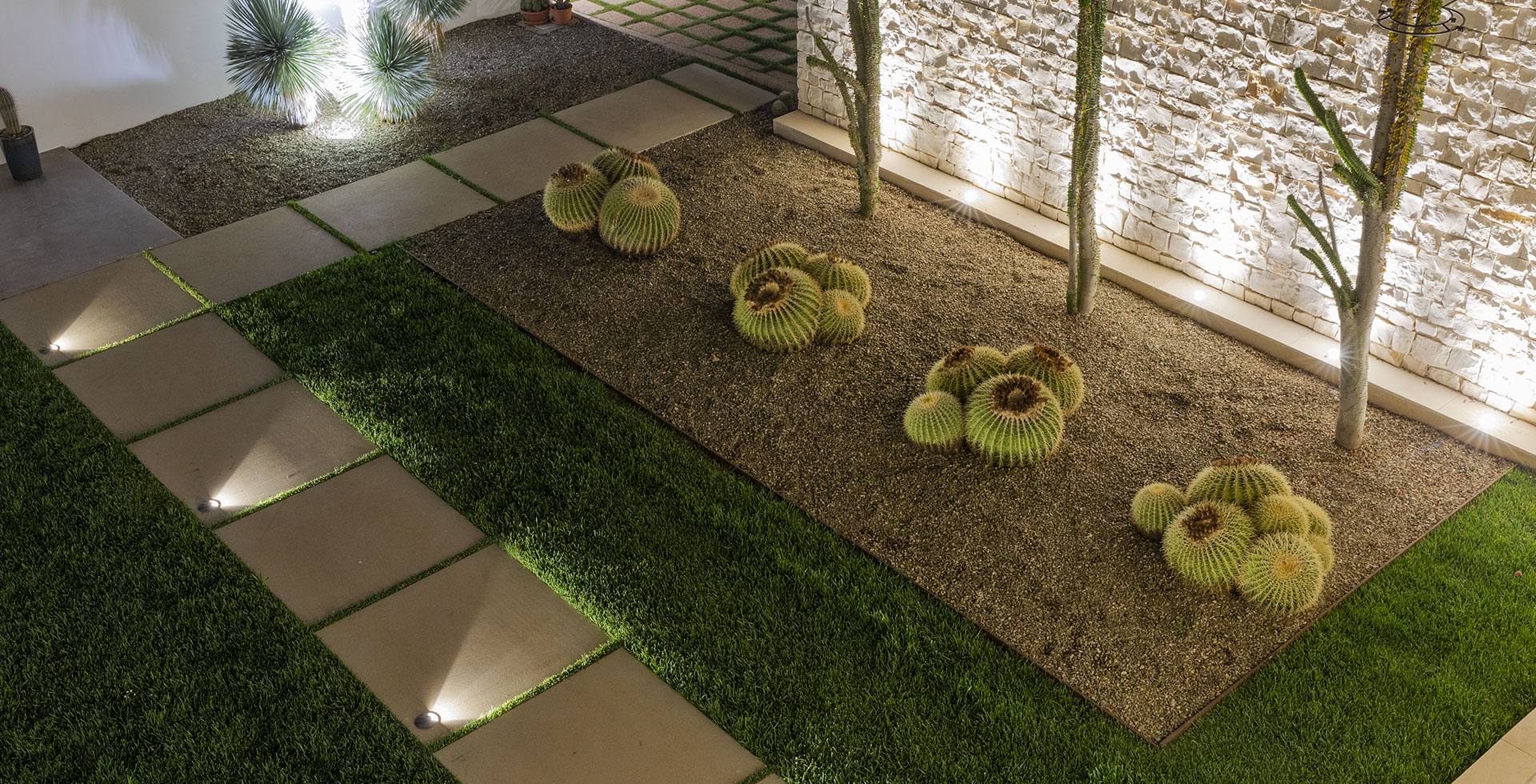 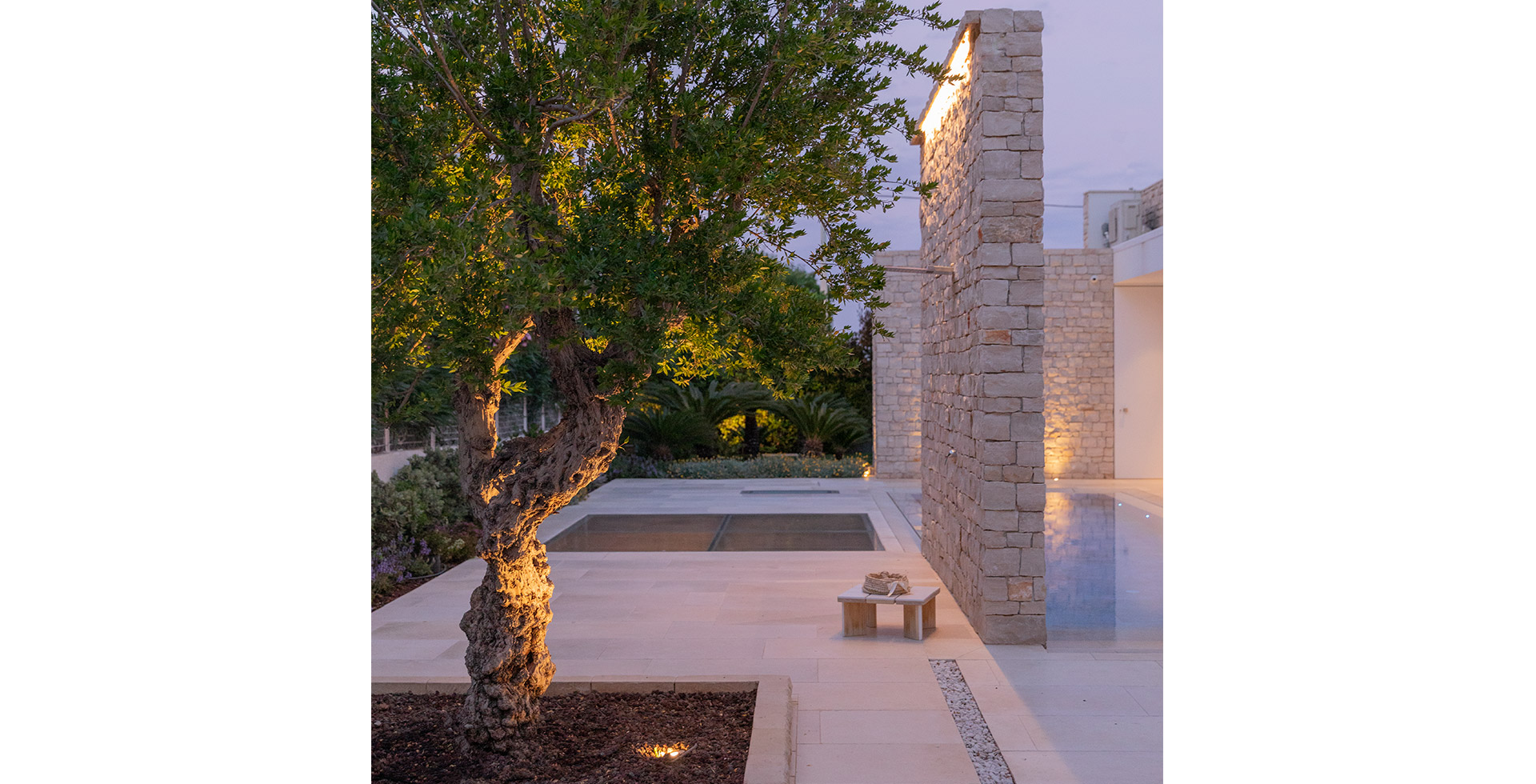 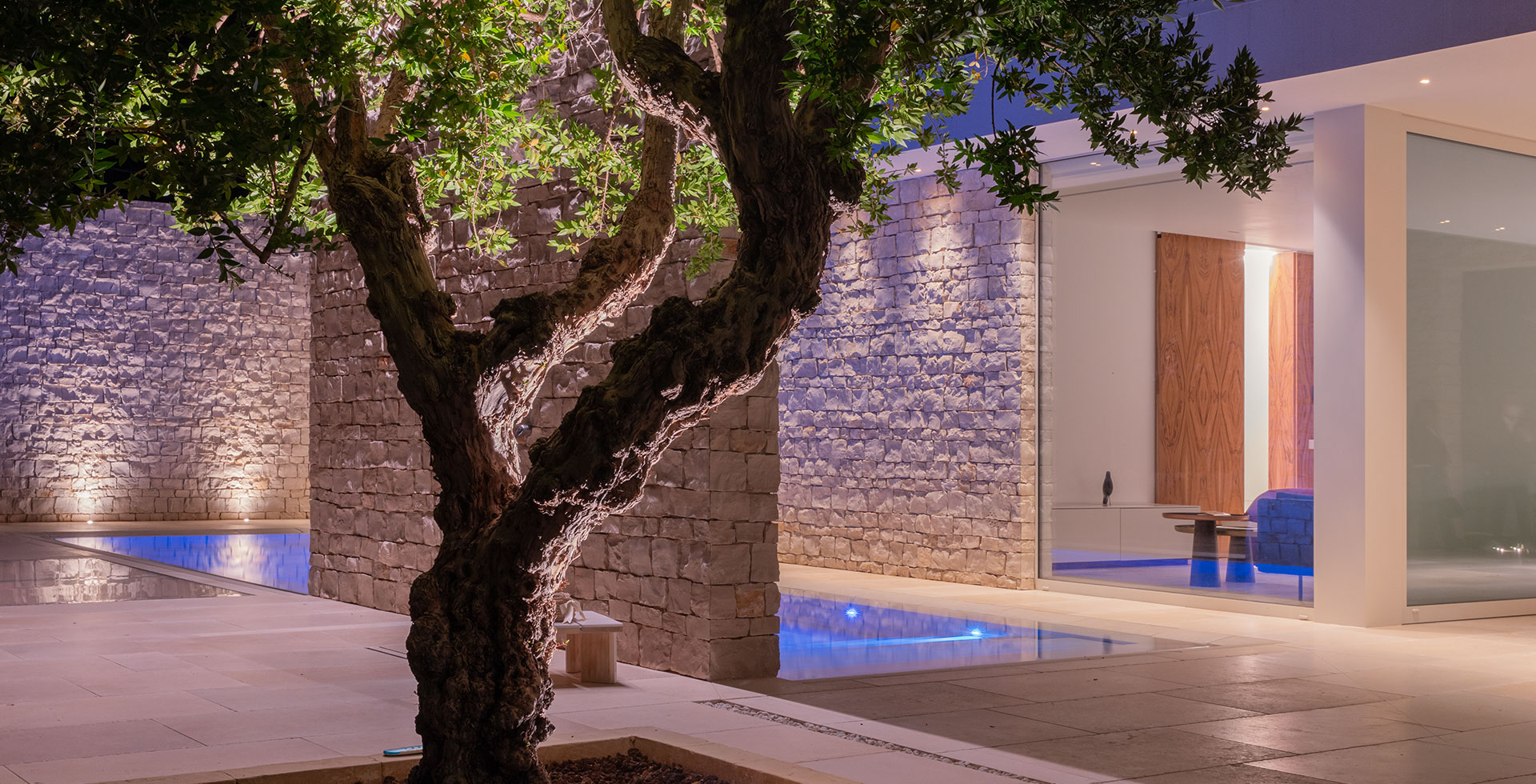 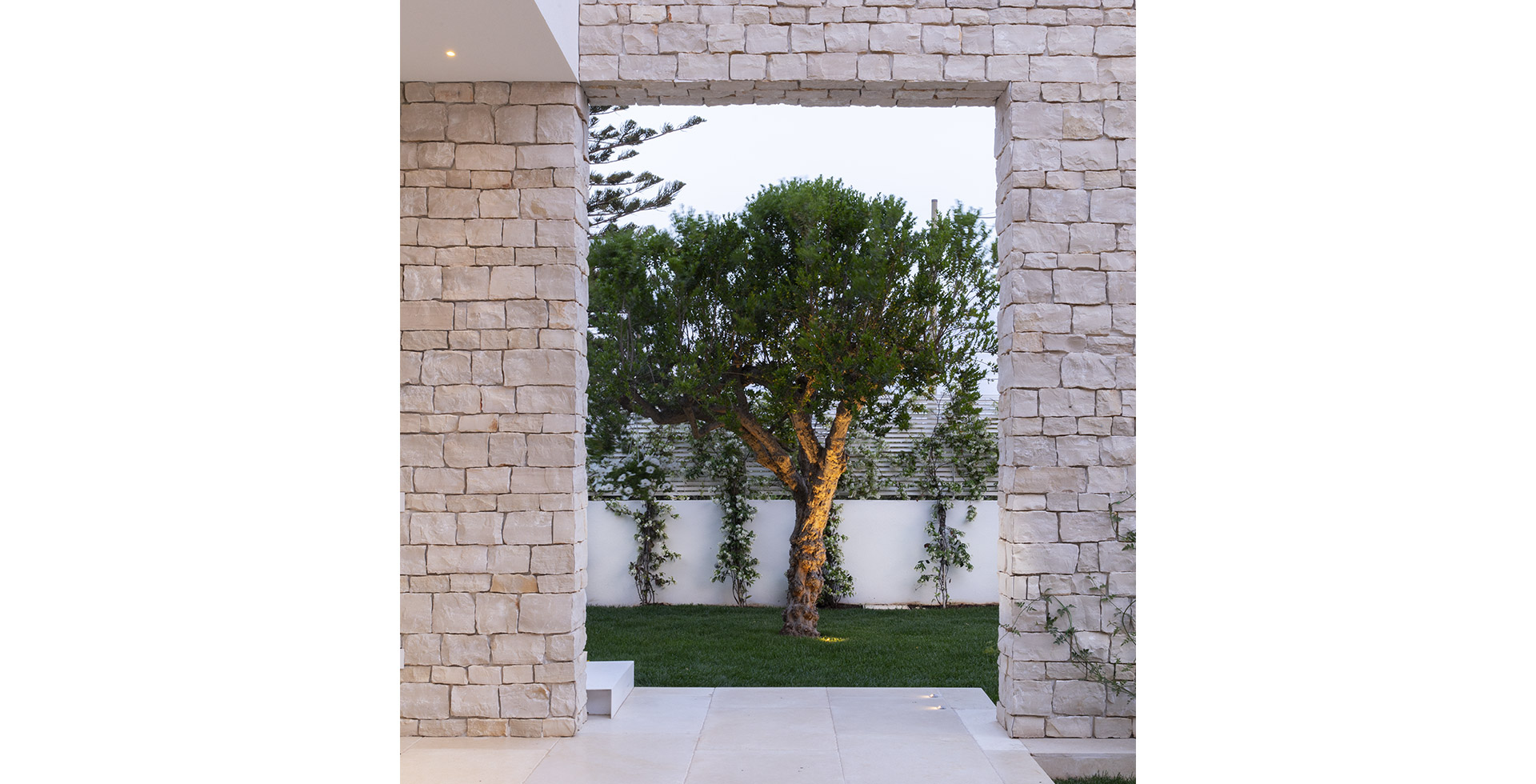 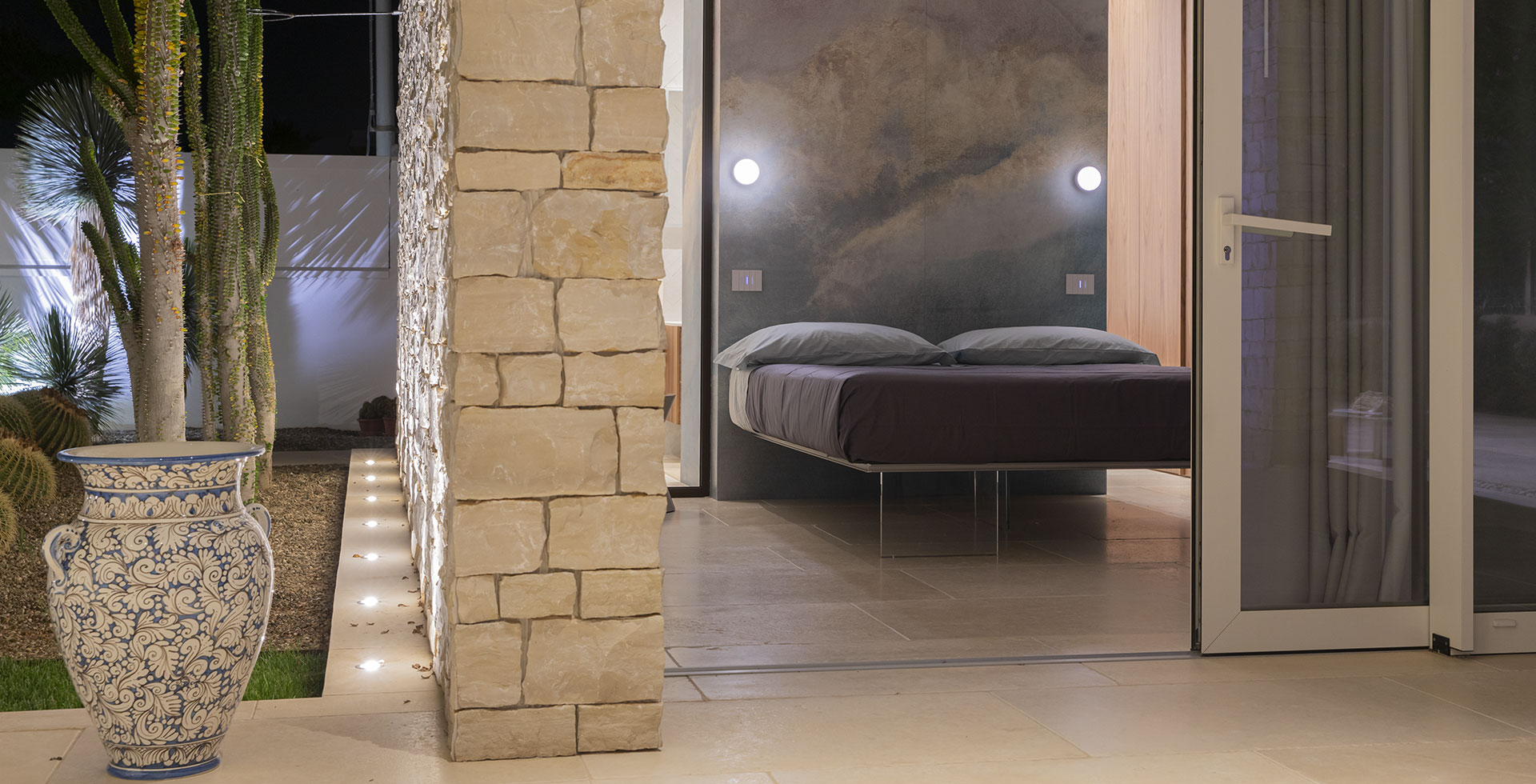 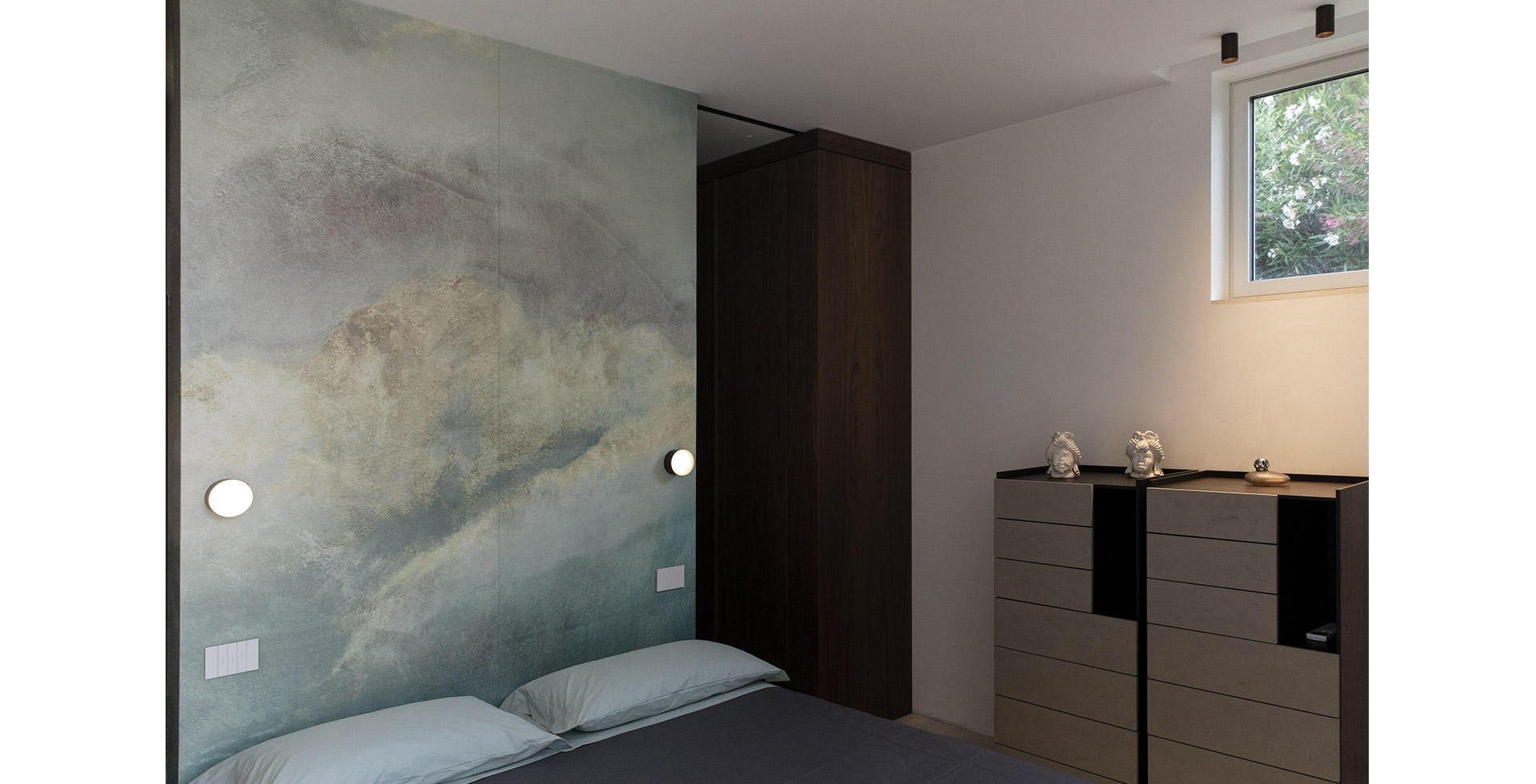 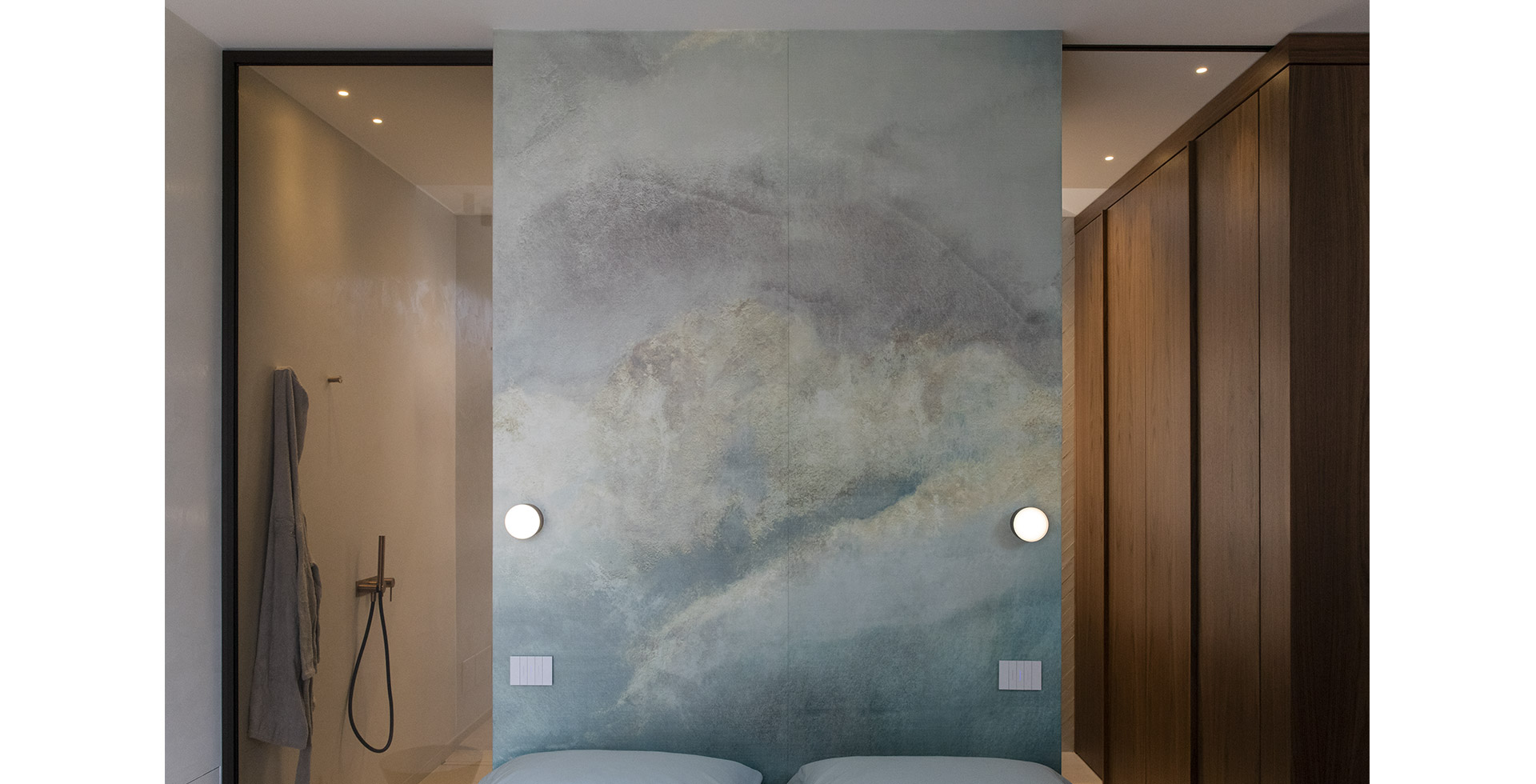 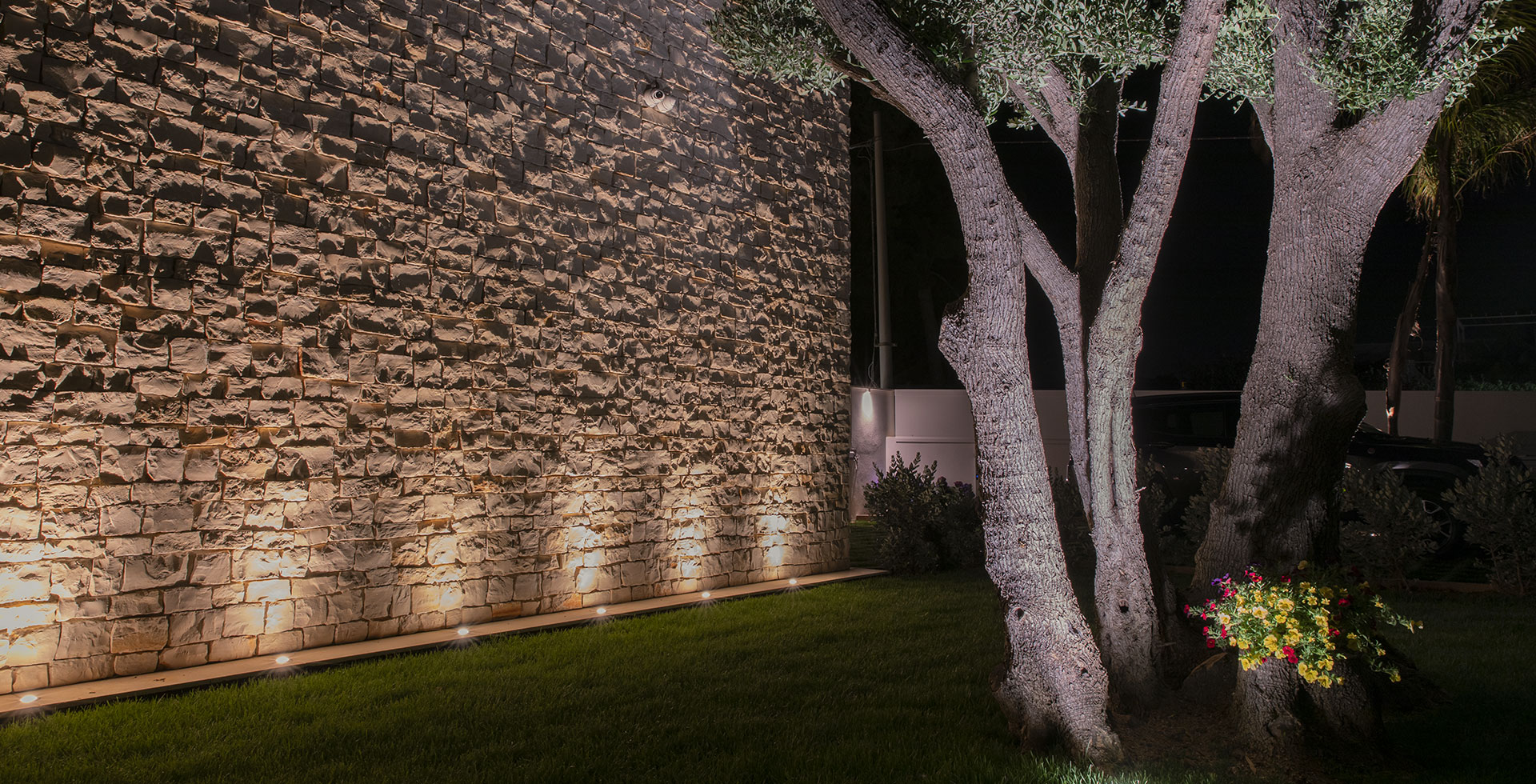 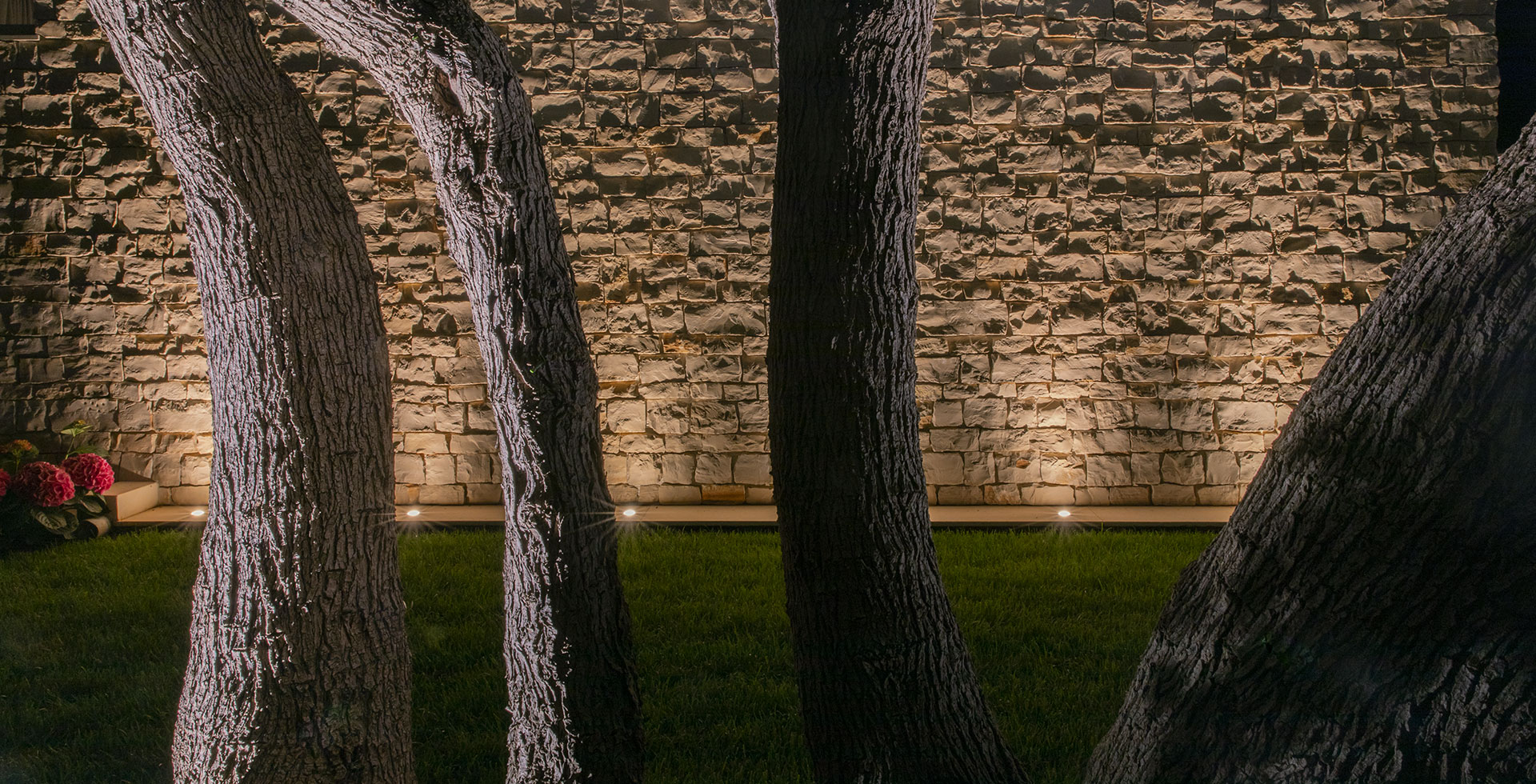 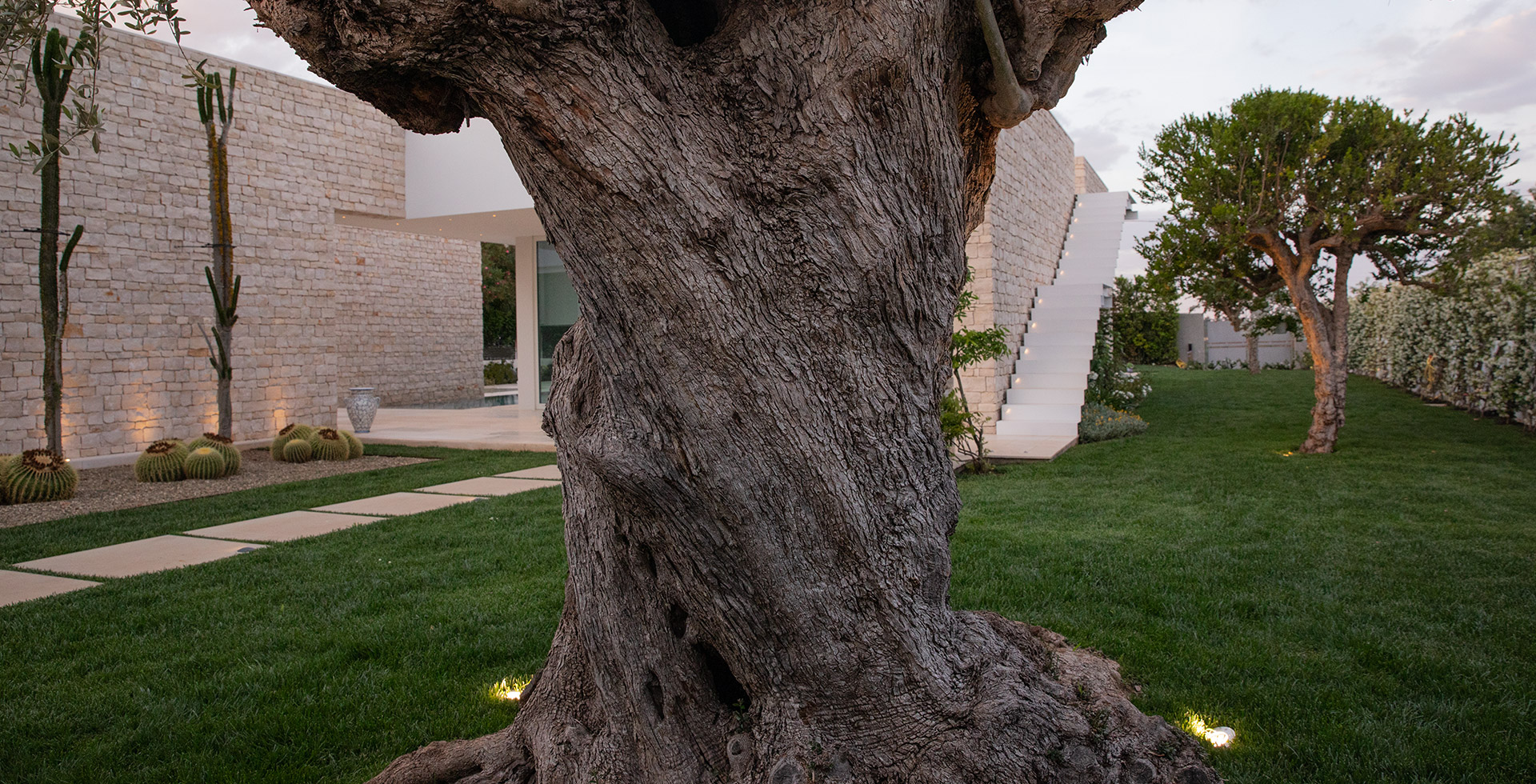 A beautiful villa in Sicily has been illuminated by B LIGHT fixtures.

The property is characterized by a modern architecture that makes extensive use of exposed rocky materials. The choice of materials, together with the typical sicilian vegetation of the garden, create a perfect harmony between the surrounding environment and the villa.

Starting from the outside we find the in-ground luminaire ATRIA IN, used to illuminate the stone walls. To recreate the same effect, but from the opposite direction, ATRIA RD was installed in the porch in front of the pool. In addition to the effect on the wall, the downlights also provide the necessary light on the walkway.

The suggestive olive trees were illuminated using the MEROPE family, including MEROPE 100 AD, which, thanks to its adjustability of up to 20°, made it possible to perfectly illuminate the trees, and MEROPE 100 with fixed optics, in those cases where adjustability was not necessary.

The walkways of the garden are illuminated by AGENA 1, with a grazing light to the ground, while in some areas where a smaller amount of light was required, LAPPEN 180 was used, thanks to its smaller size and wattage.

The steps of the external staircase leading to the roof of the building are illuminated by KUADRO 50, in its new IP65 version suitable for outdoor installation.

Inside the bedroom there are two BUTTON 100 CL installed on the wall above the bed, which create a diffused light with reduced glare, thanks to the thickness of the glass and the homogeneous diffusion of the light along the surface of the luminaire. A pair of OKKIO 55 CL illuminate with a direct light the nearby chest of drawers.

The versatility of B LIGHT‘s range of luminaires made it possible for the designers to choose the best option for every single area, recreating the lighting concept without compromises.