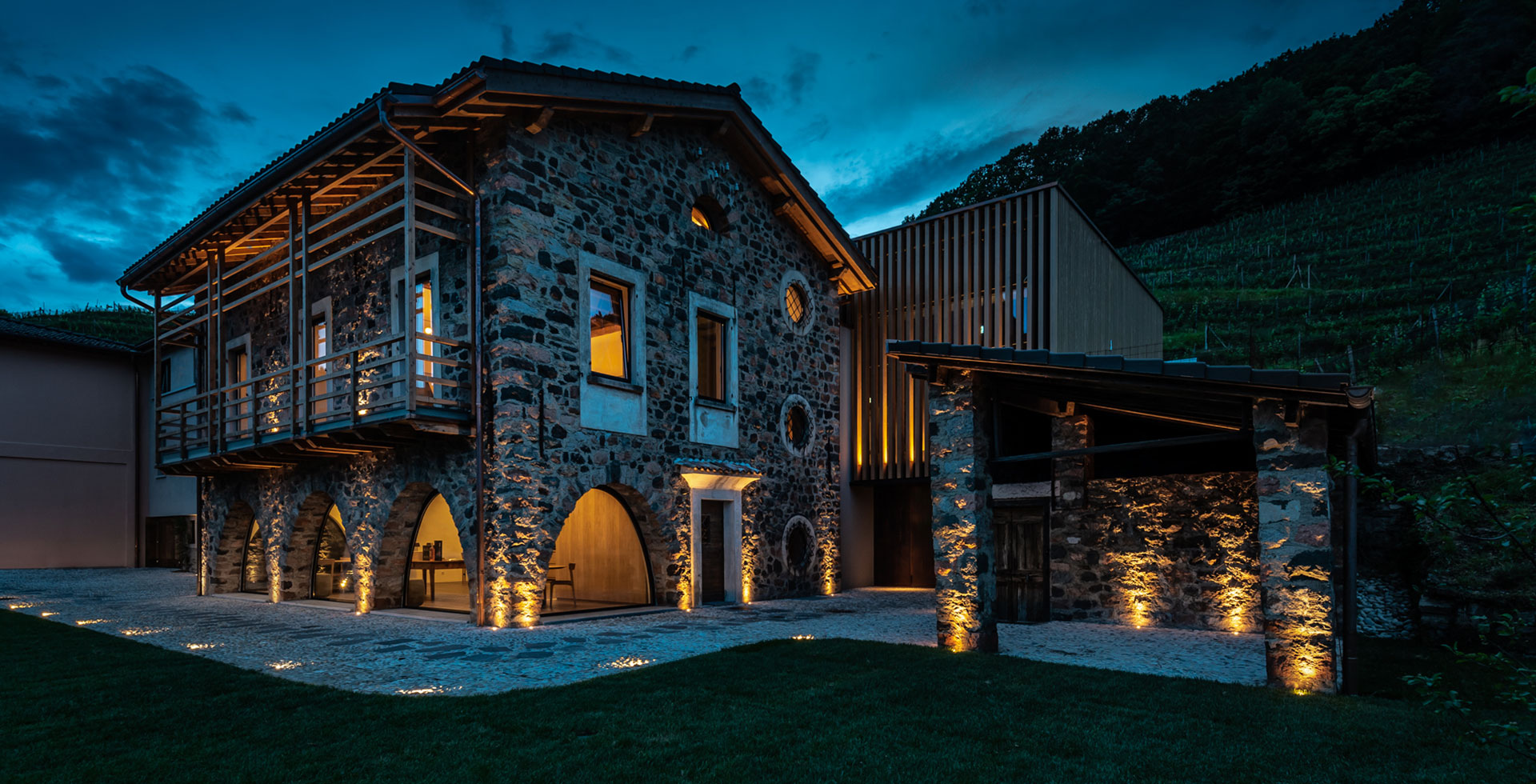 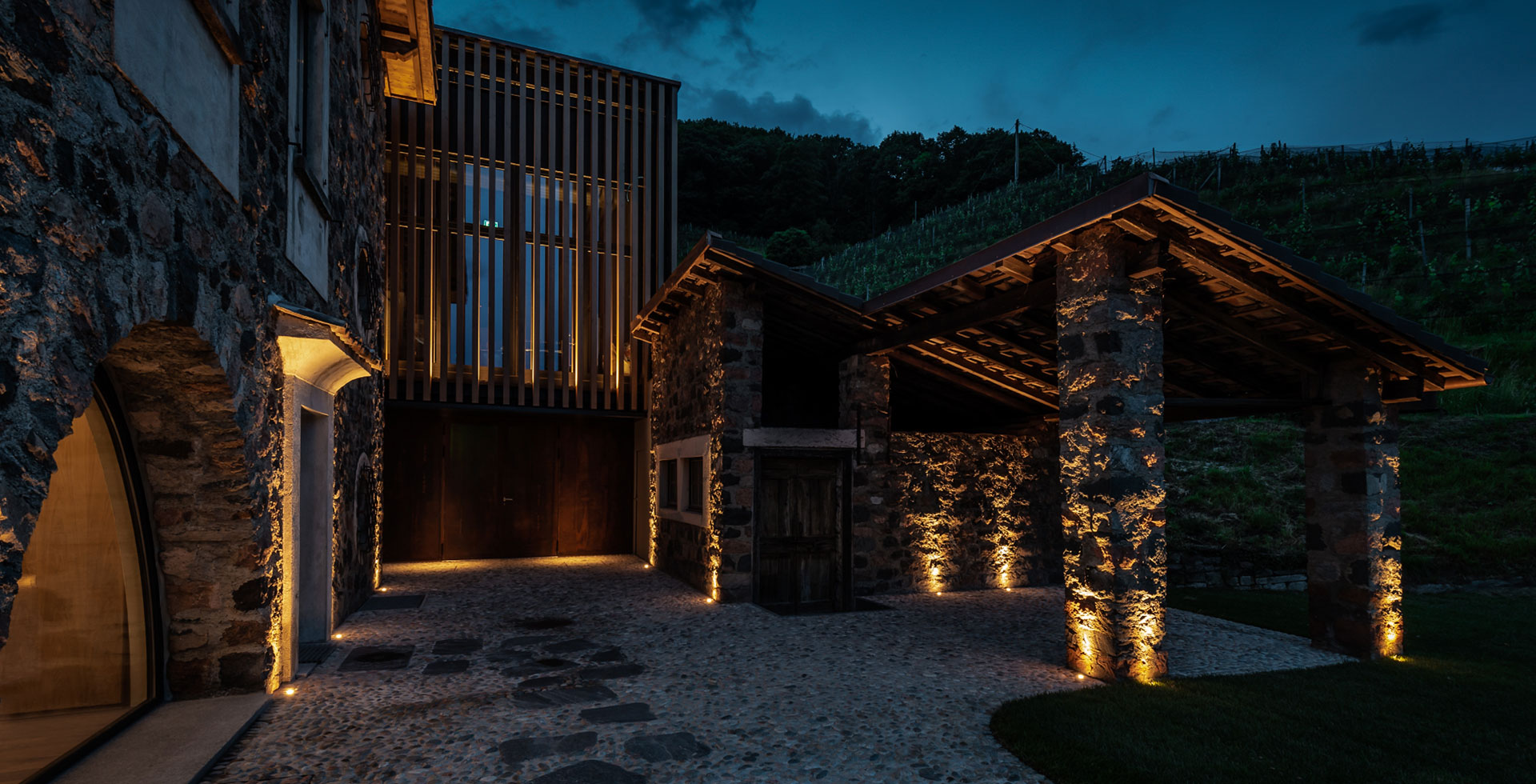 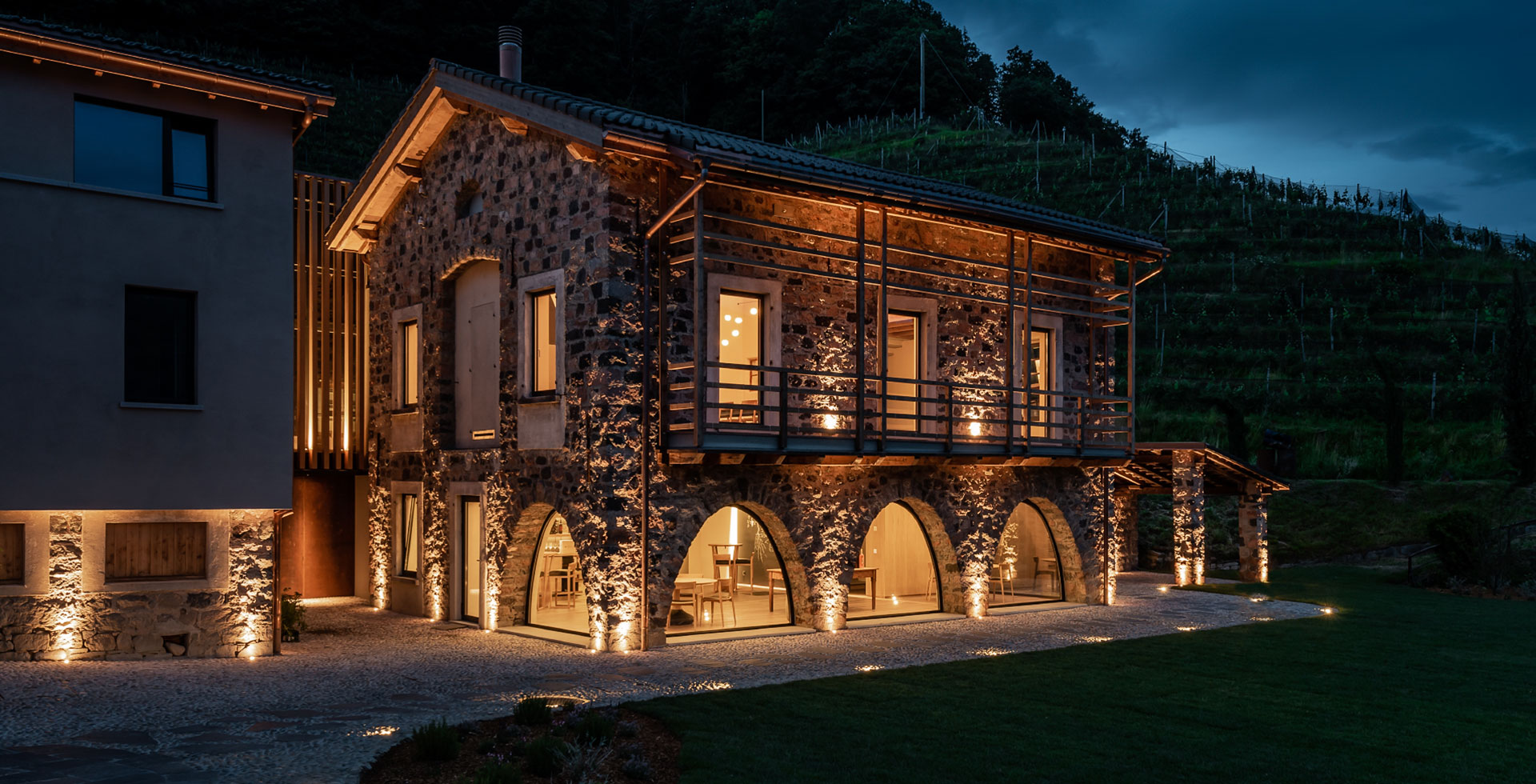 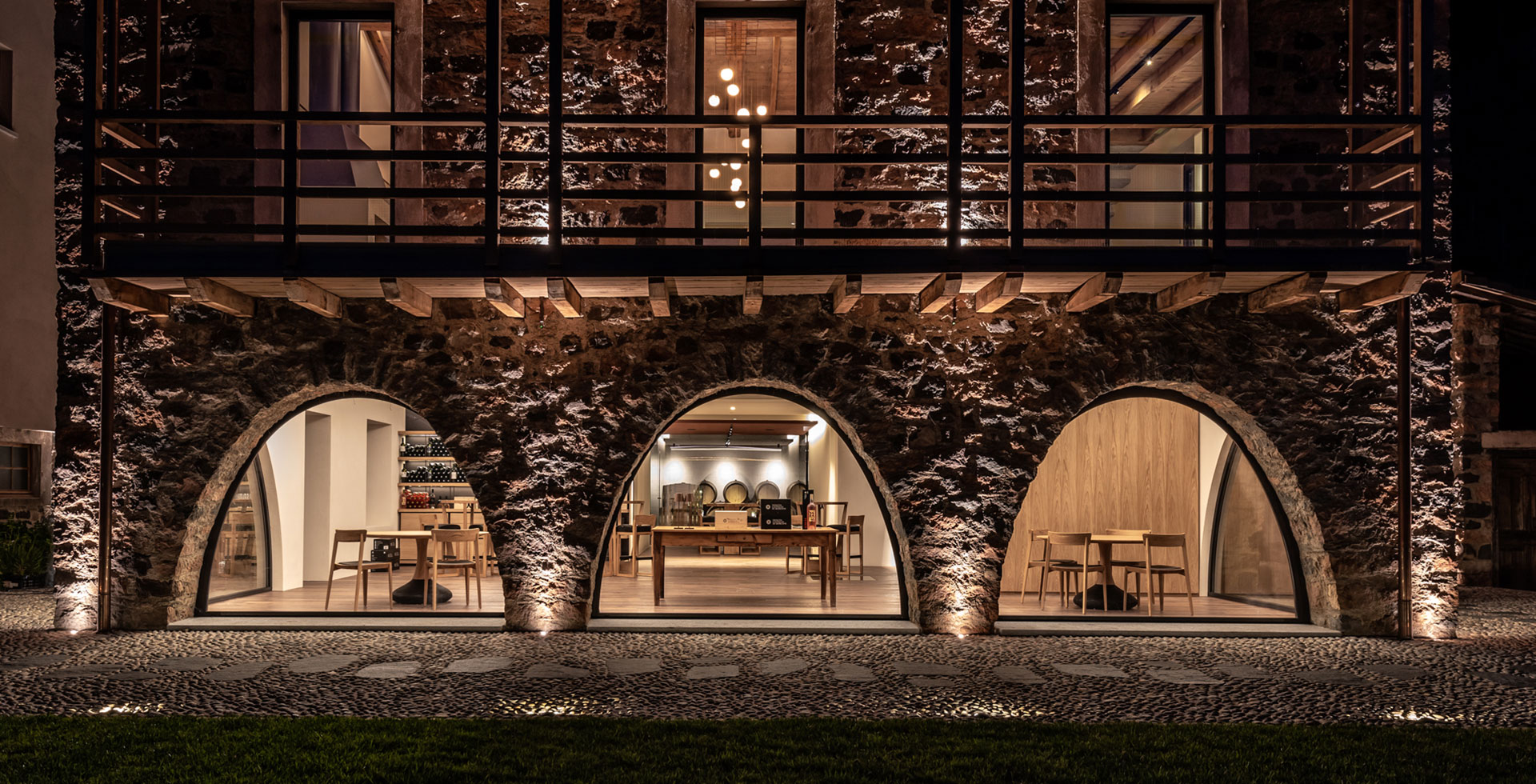 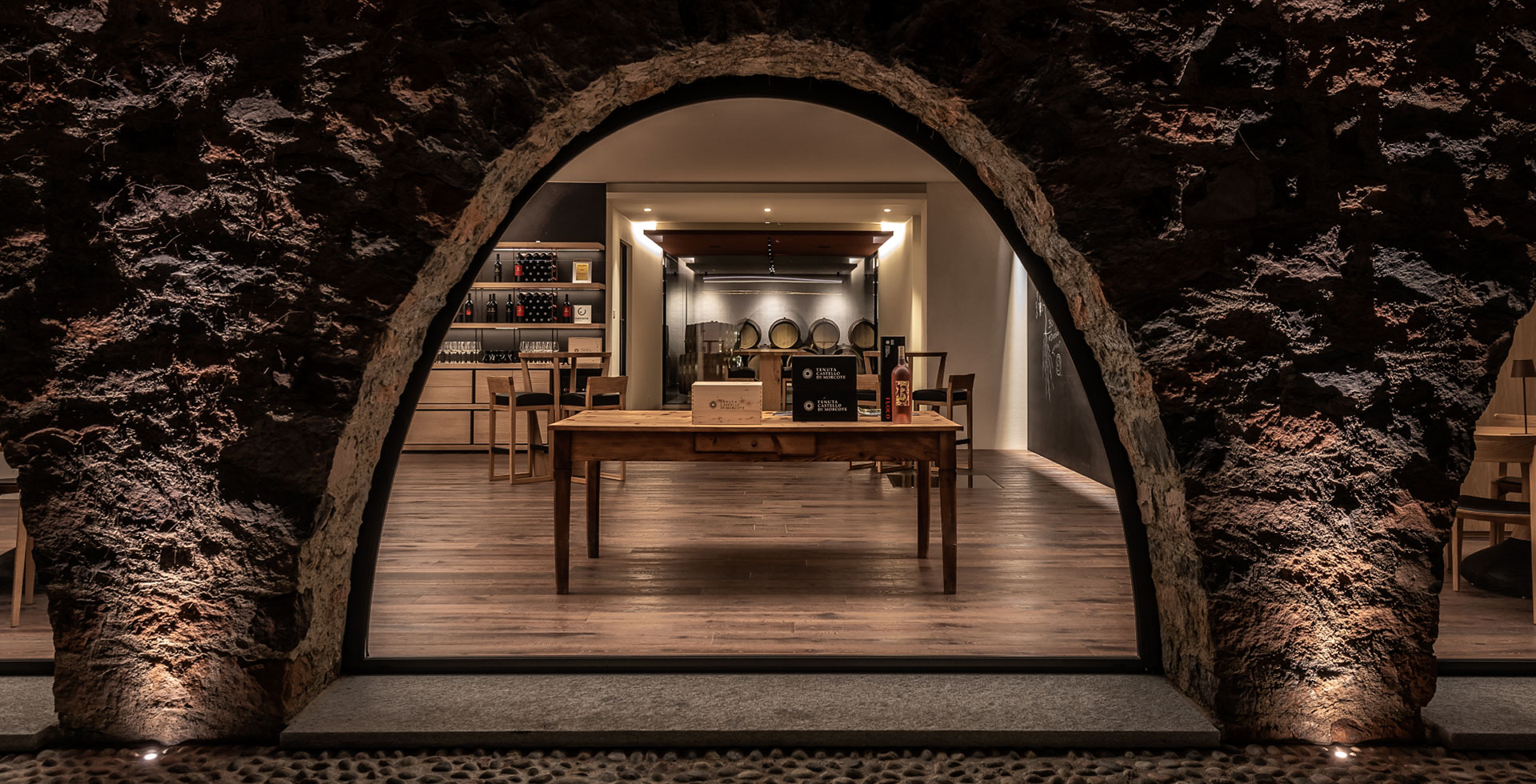 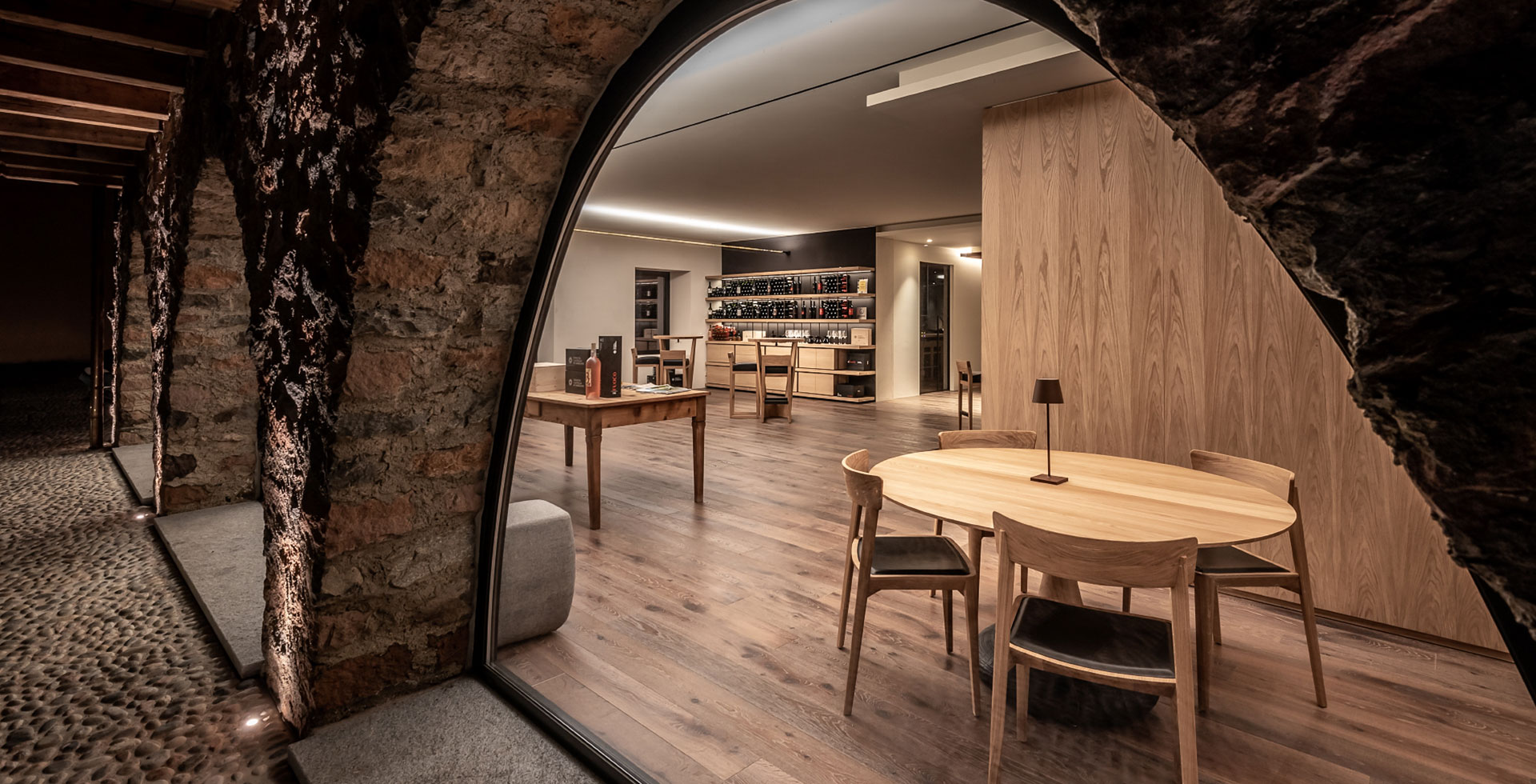 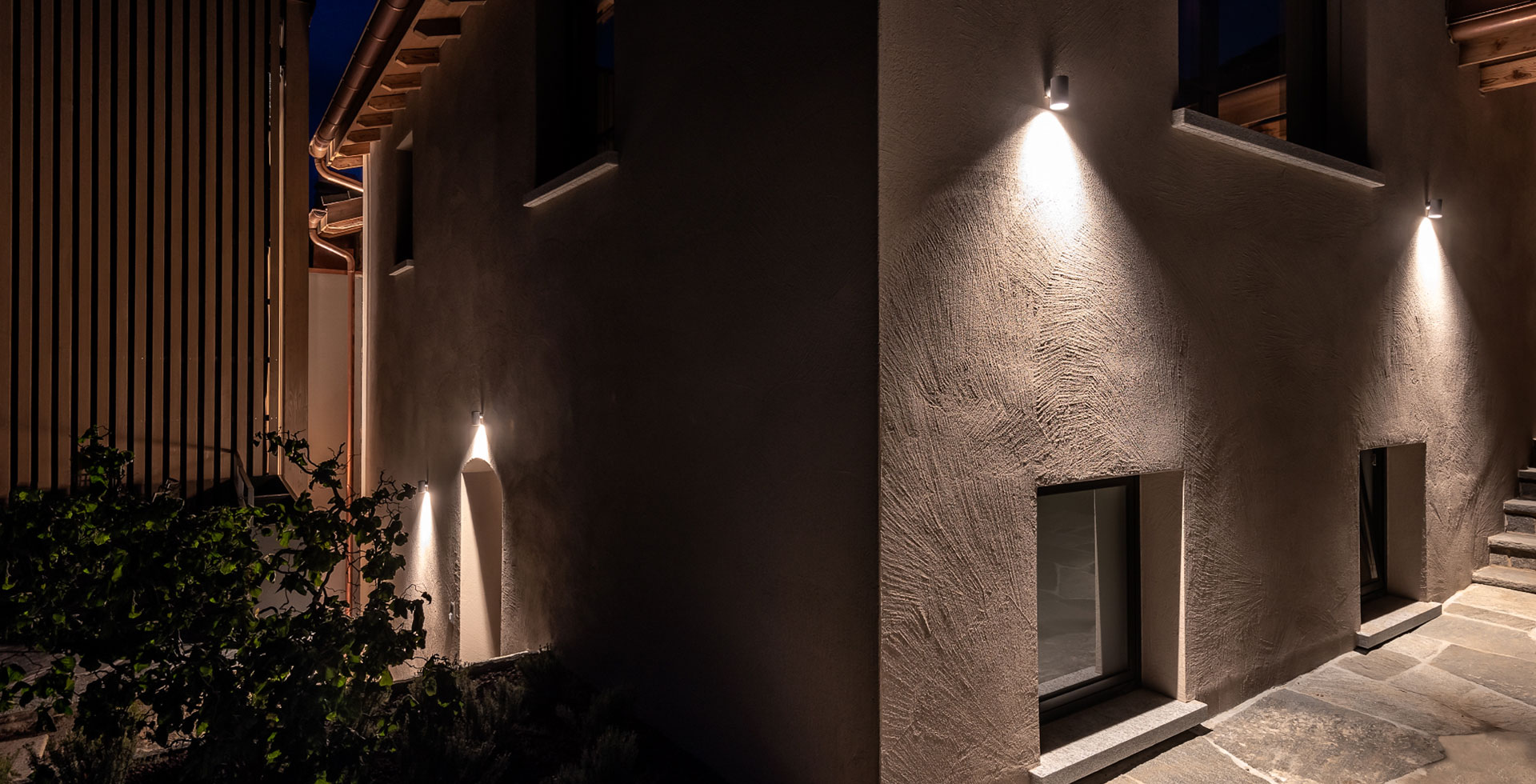 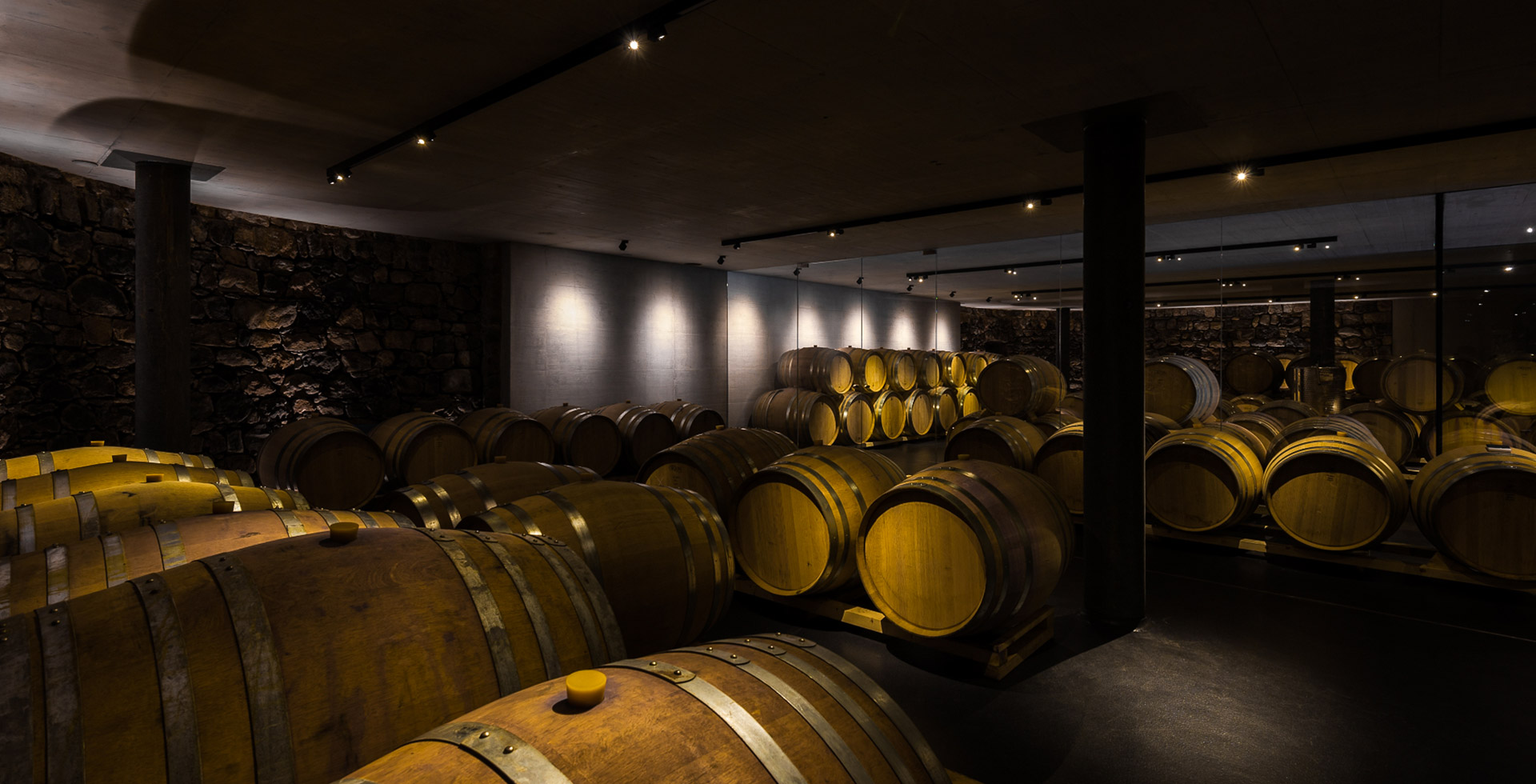 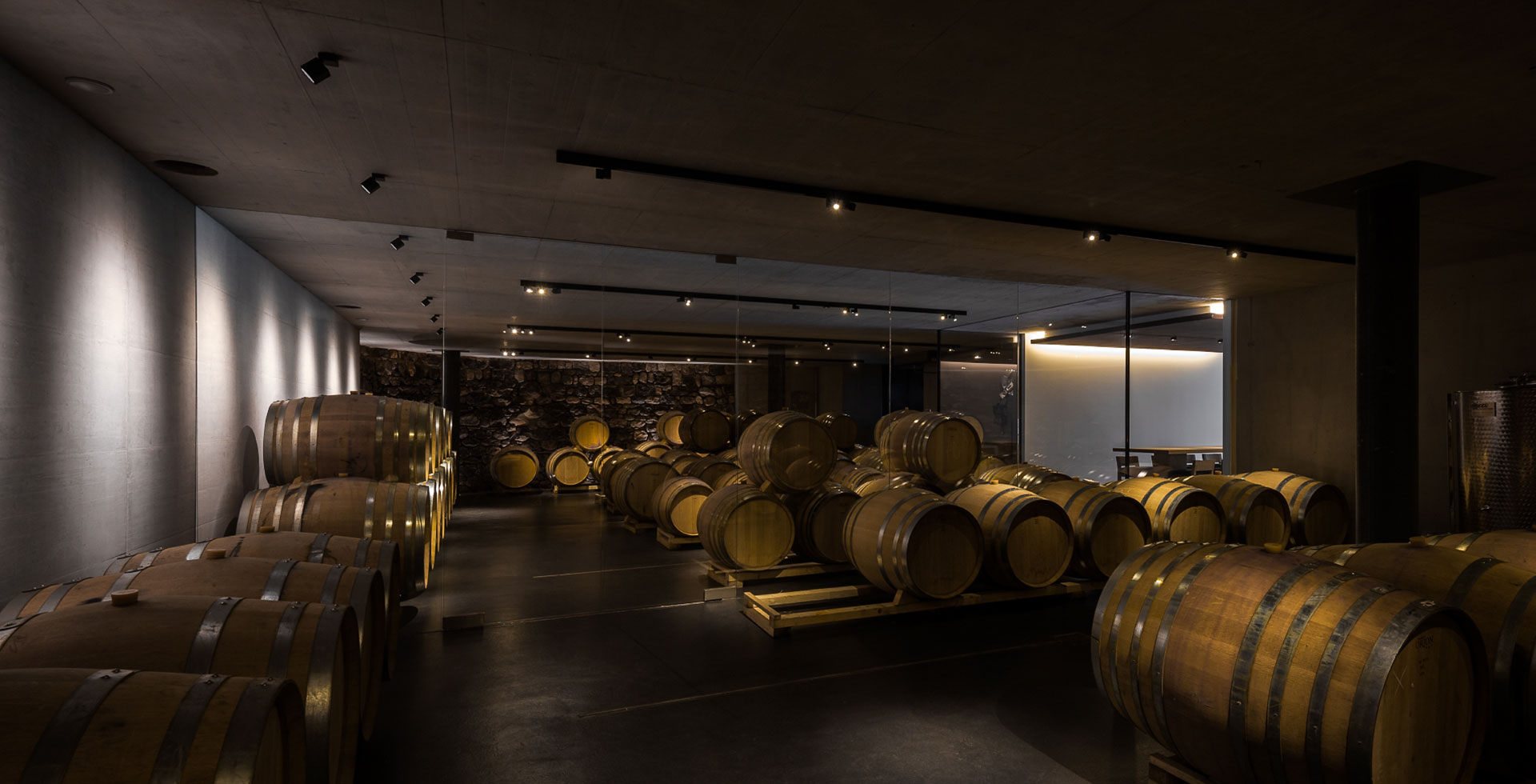 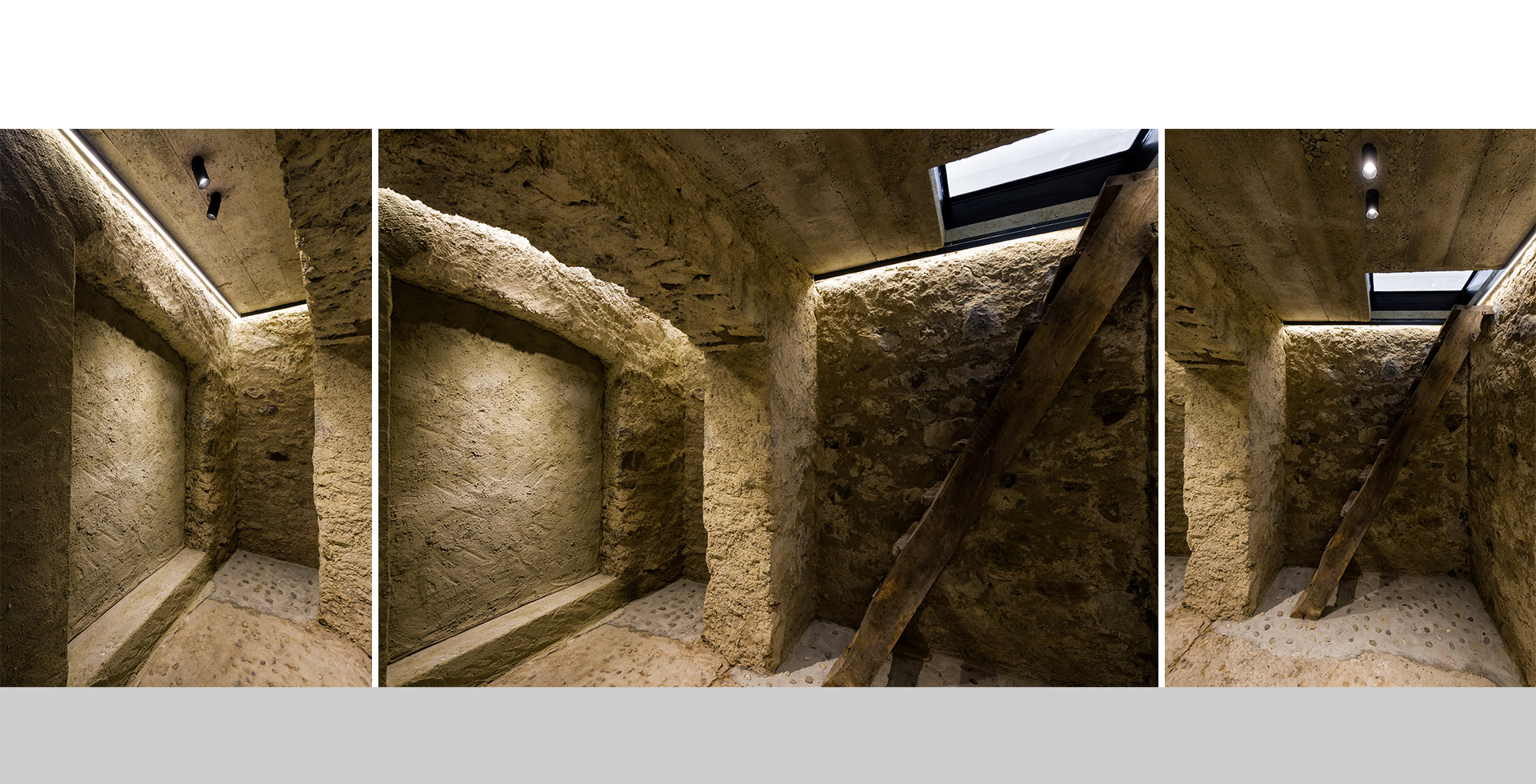 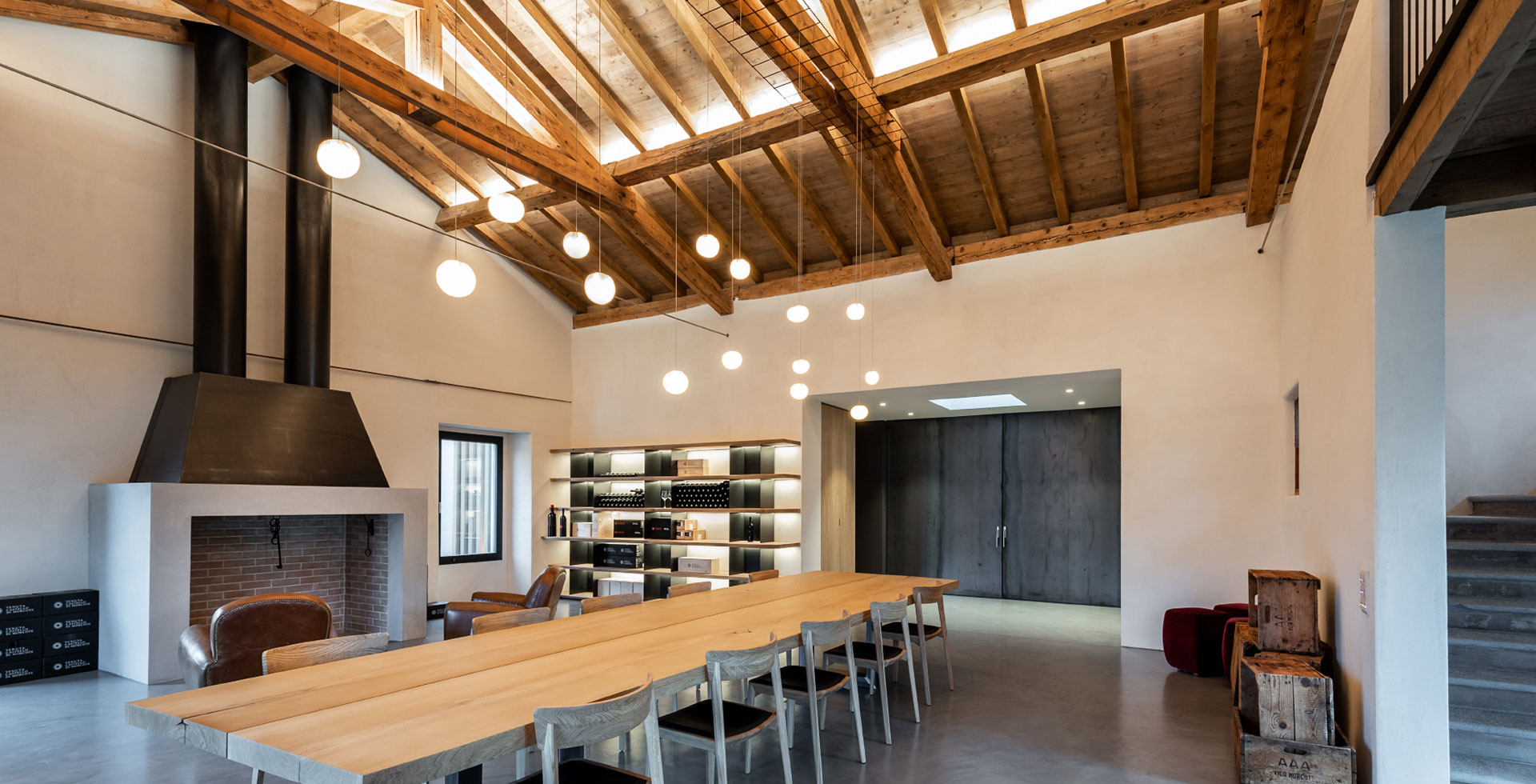 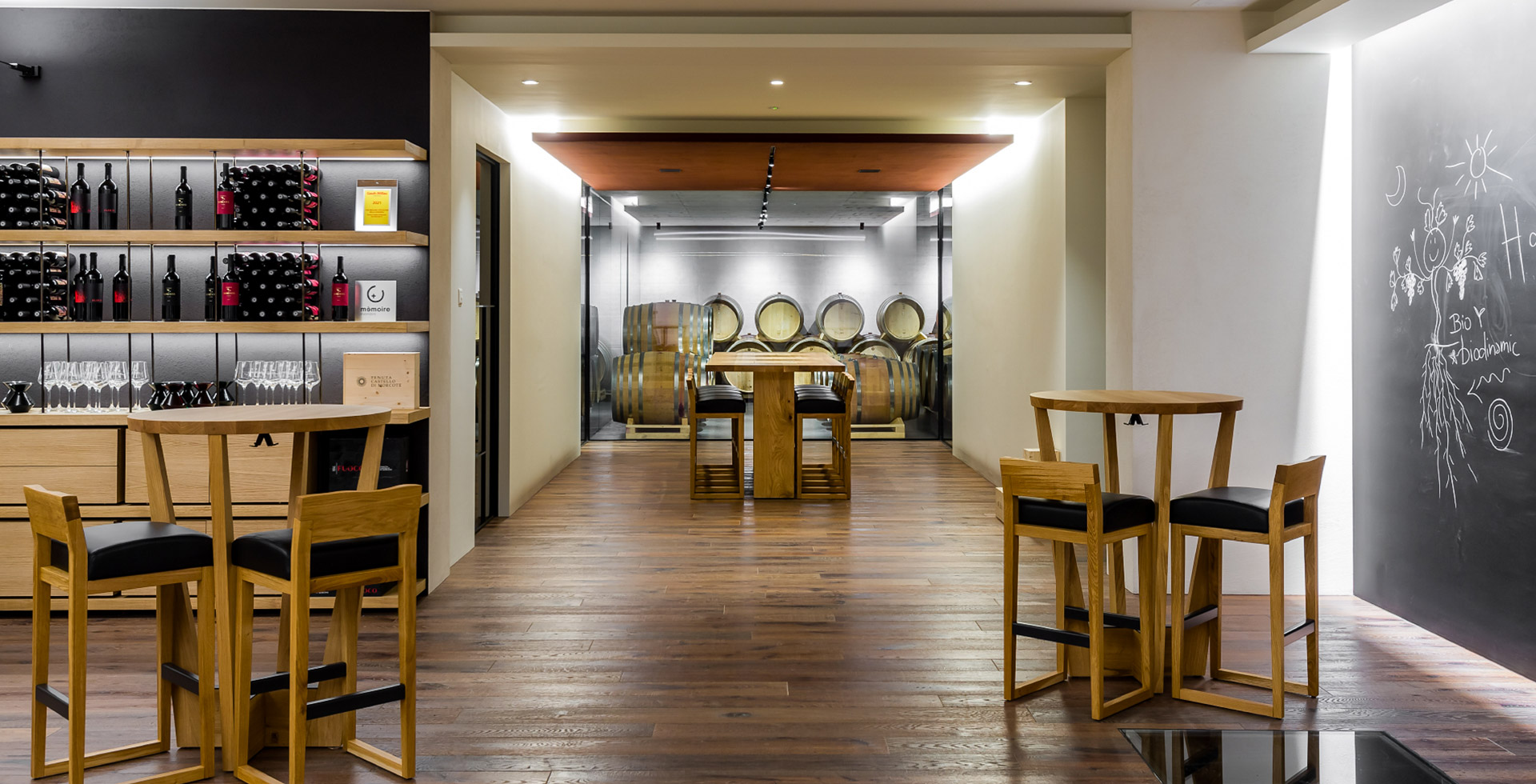 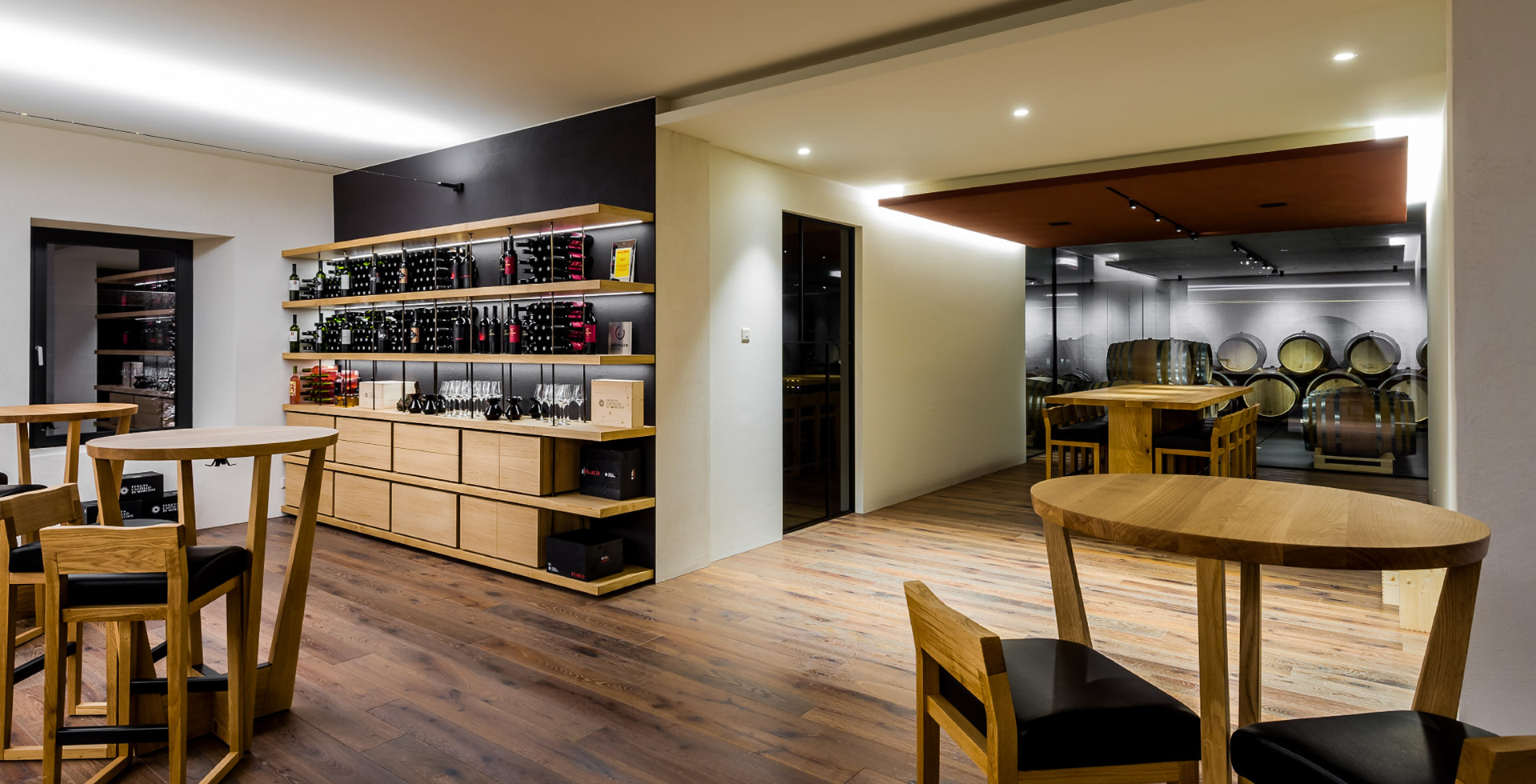 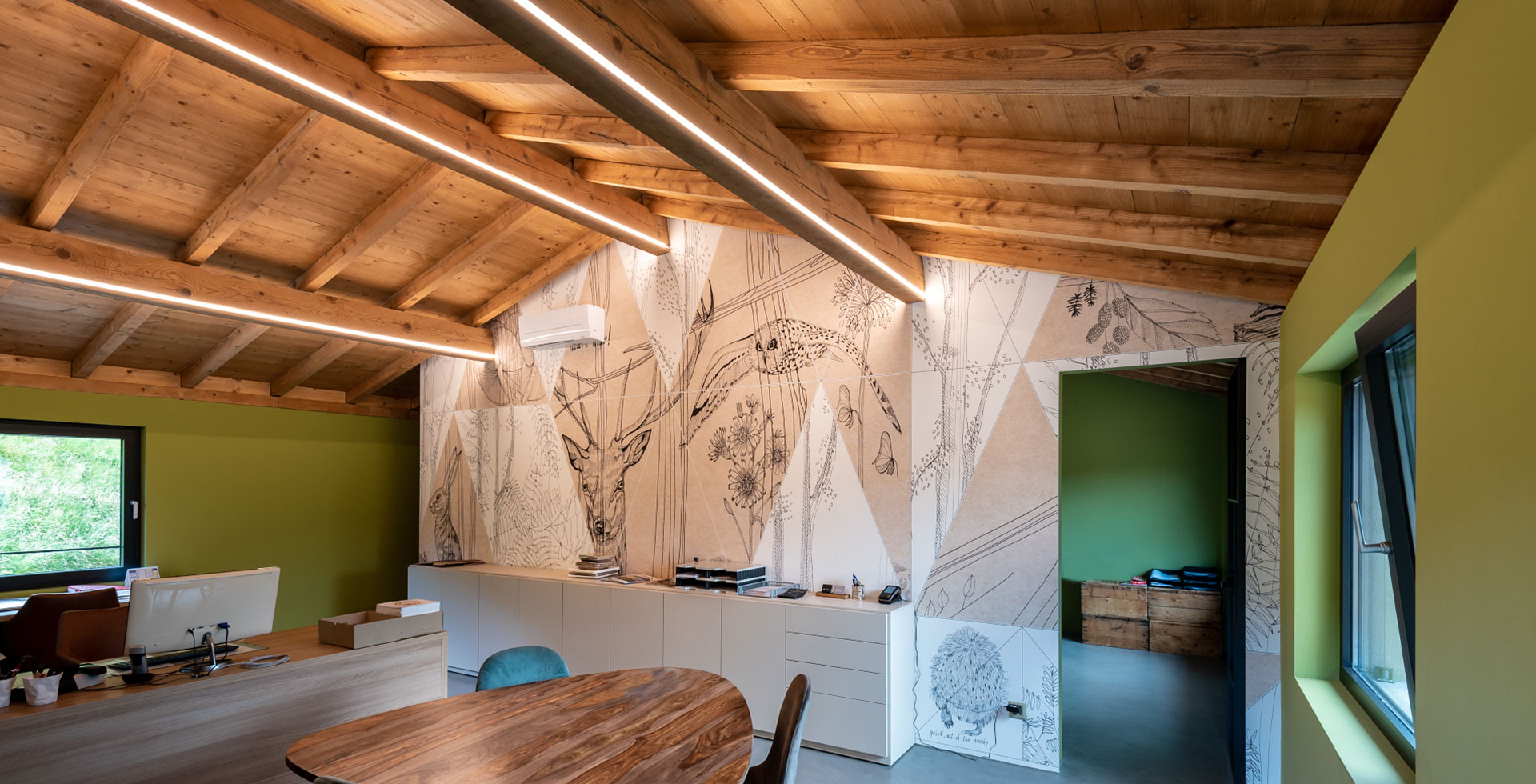 The Morcote Castle Winery is an agricultural and viticultural estate of 150 hectares (2500 acres) located on a promontory entirely surrounded by the Ceresio lake in Switzerland and covered by terraced vineyards, olive groves, pastures and expanses of woods. The Morcote Castle, built in the fourteenth century on the ruins of a Roman tower, stands out in a dominant position in the heart of the winery.

This spectacular landscape nestled between the Prealps and the Po Valley has a geology that is unique in Ticino: the soil consists of pink porphyry, a quartzite of volcanic origin, which is evidence of the intense volcanic activity that took place in the region 200 million years ago.

The lighting design project was developed to enhance the features of the winery in the best possible way, both on a purely functional and on an aesthetic level, this was achieved by using B LIGHT luminaires.

The outside of the building is very textured and has characteristic arches on the facade that are lit with ATRIA MINI, equipped with honeycomb for greater visual comfort. This fixture highlights the stone walls and gives depth to the building. To guide the guests into the winery, the pedestrian path was illuminated with a grazing light created through an arrangement of AGENA that follows the edge of the sidewalk.

Inside the winery there are various tables and a tasting area; here, thanks to a large window, guests can have an overview of the two temperature-controlled chambers where the wine barrels are kept. In order to create a relaxing atmosphere on the main table, the MAGNET TRACK F has been installed in the recessed ceiling version, on which several KUBO 54 UP adjustable spotlights have been mounted. In the area in front of the counter, which required more lighting, three BASTER XS R were installed.

Moving into the corridor we find KUBO 54 CL illuminating the checkroom whilst the stairs were lit using wall-mounted KUBO 54 W. The interior of the two chambers with the wine barrels is the most dramatic area of the project. Picking up on the rhythm of the wine barrels arranged in the space, track-mounted KUBO 54 UP and ceiling-mounted KUBO 54 AD projectors create an evocative play of light beams into the room. On the outside of the winery, we find again a contrast of materials: stone, concrete and wood from the barrels.

Wine tasting requires a refined environment that can welcome customers and enhance their sensory experience, Morcote Winery does exactly this through its finishes, architectural details and lighting.