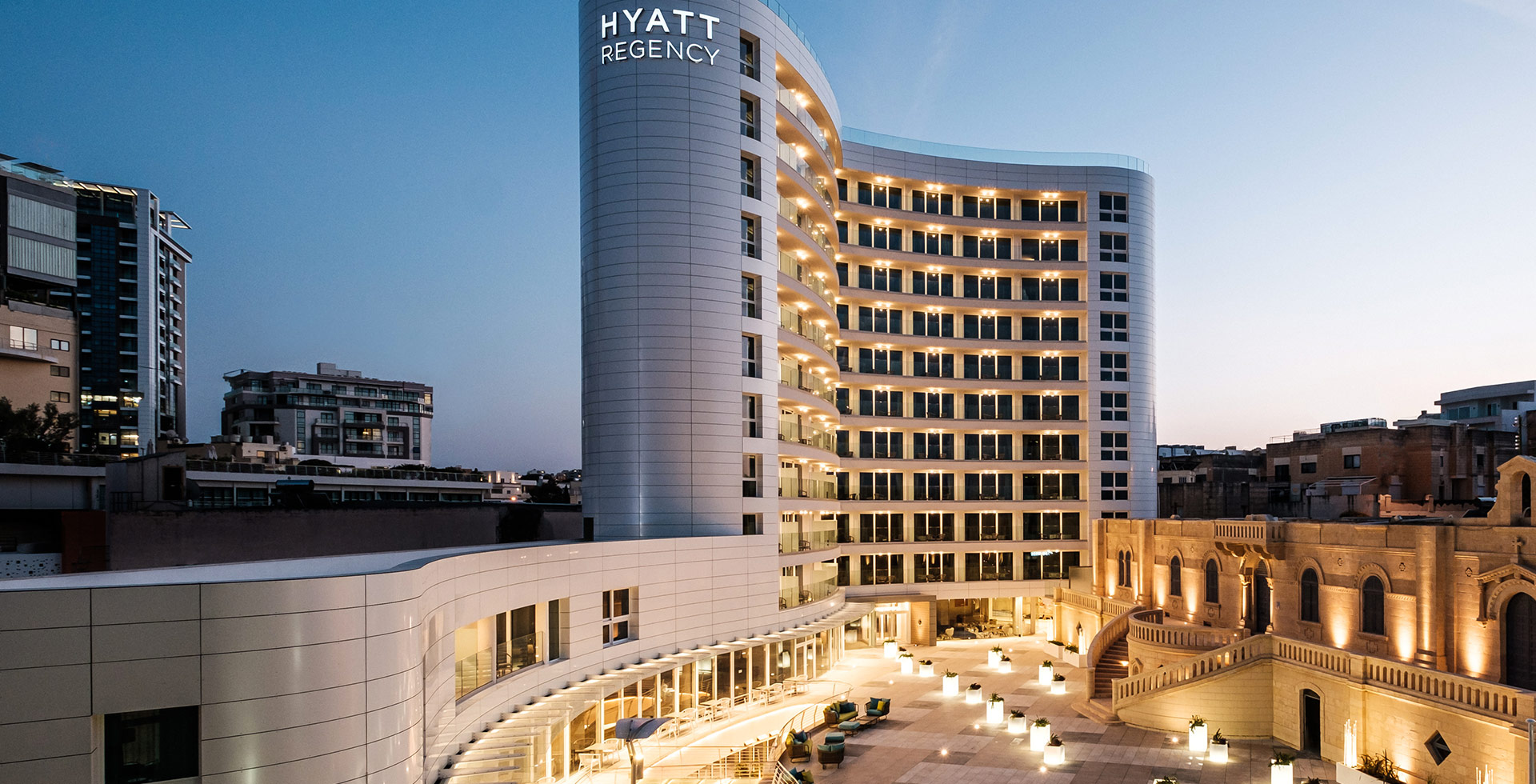 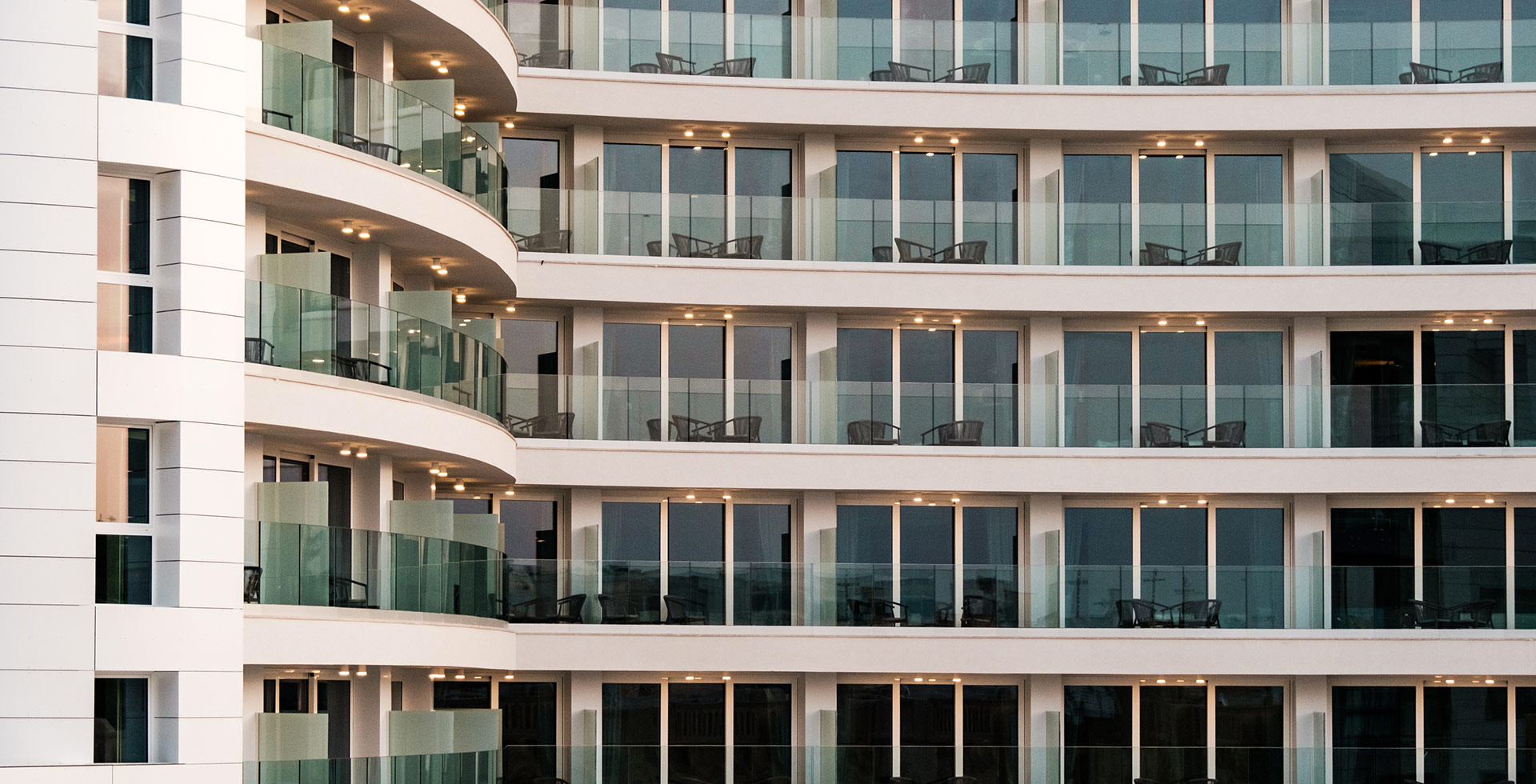 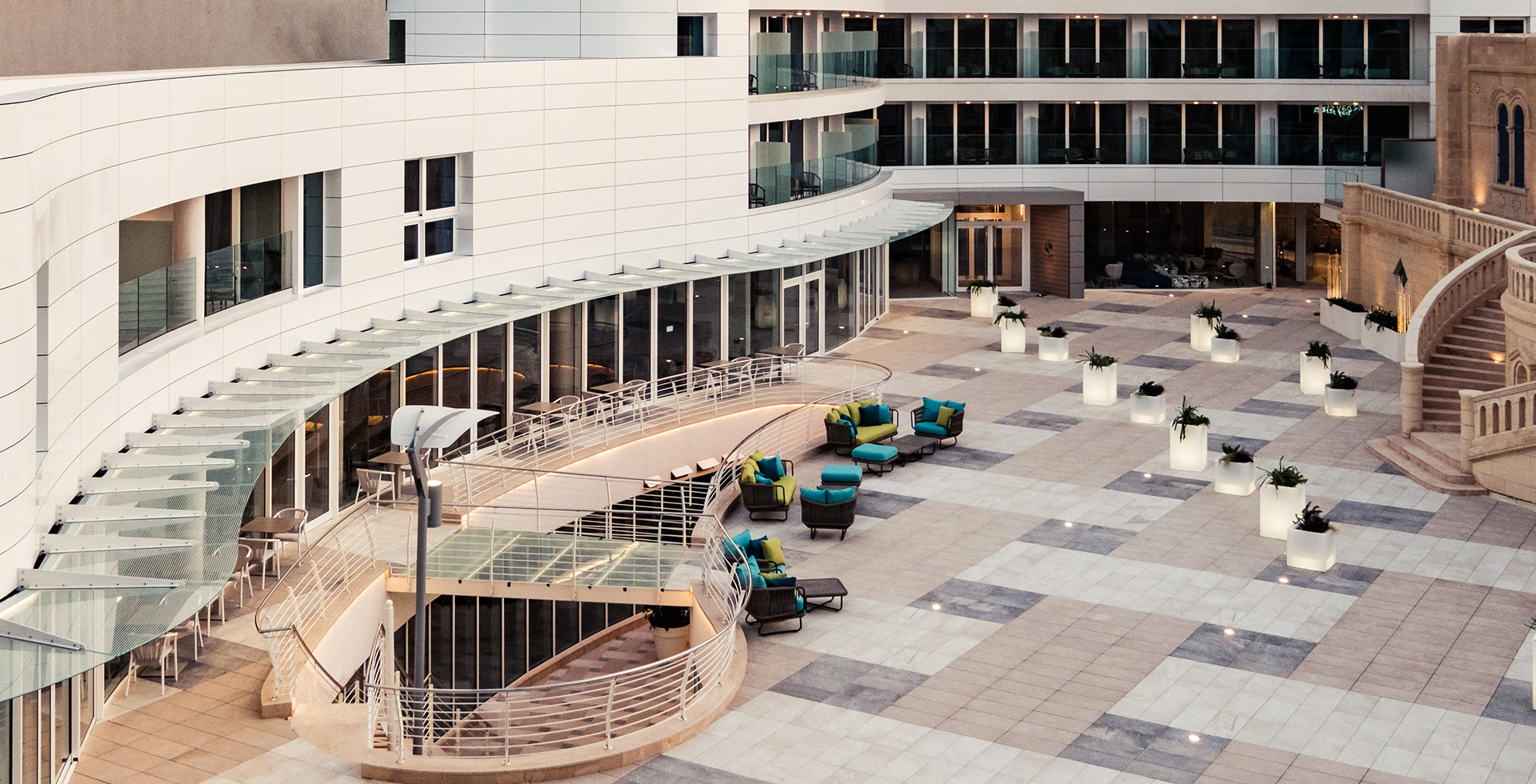 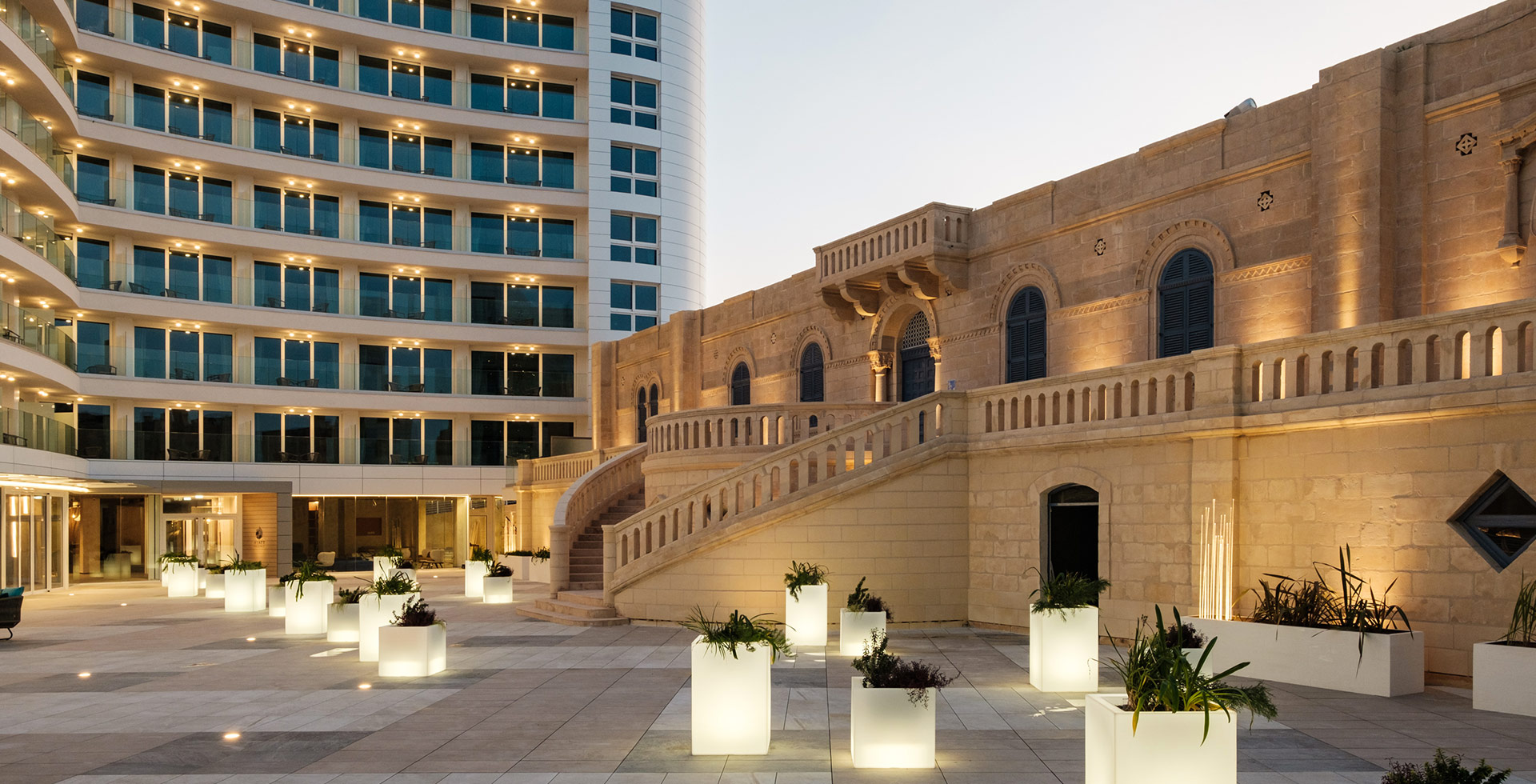 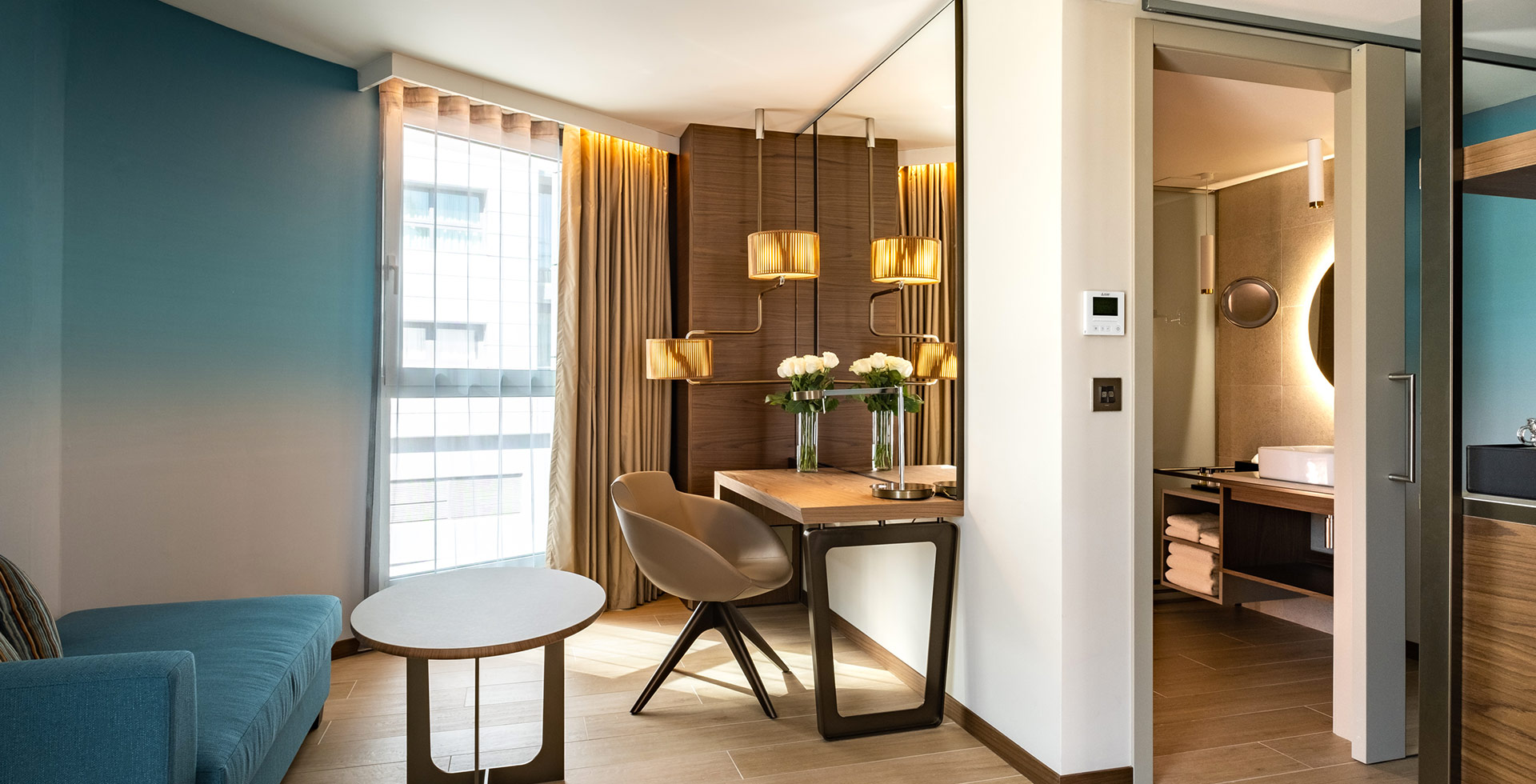 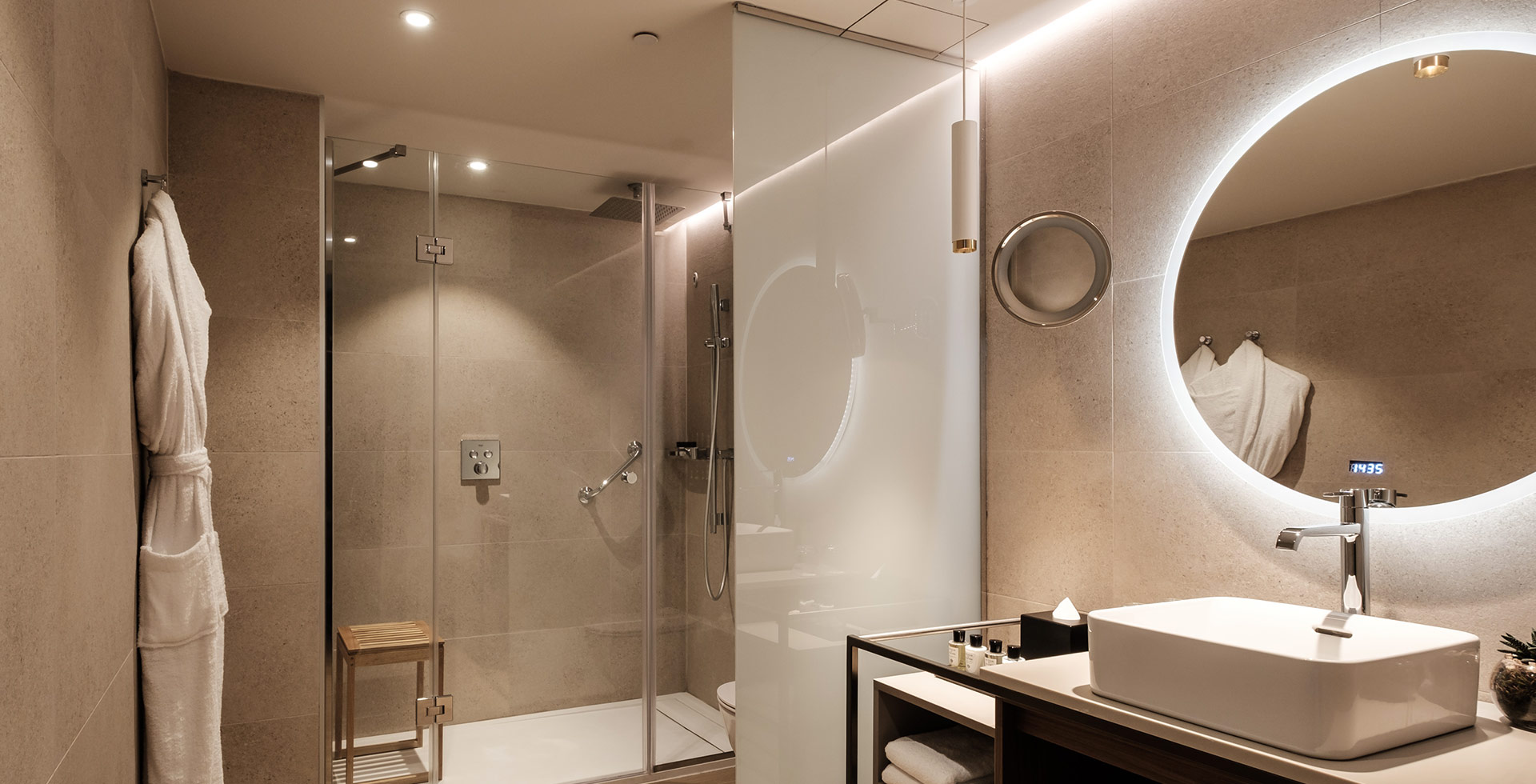 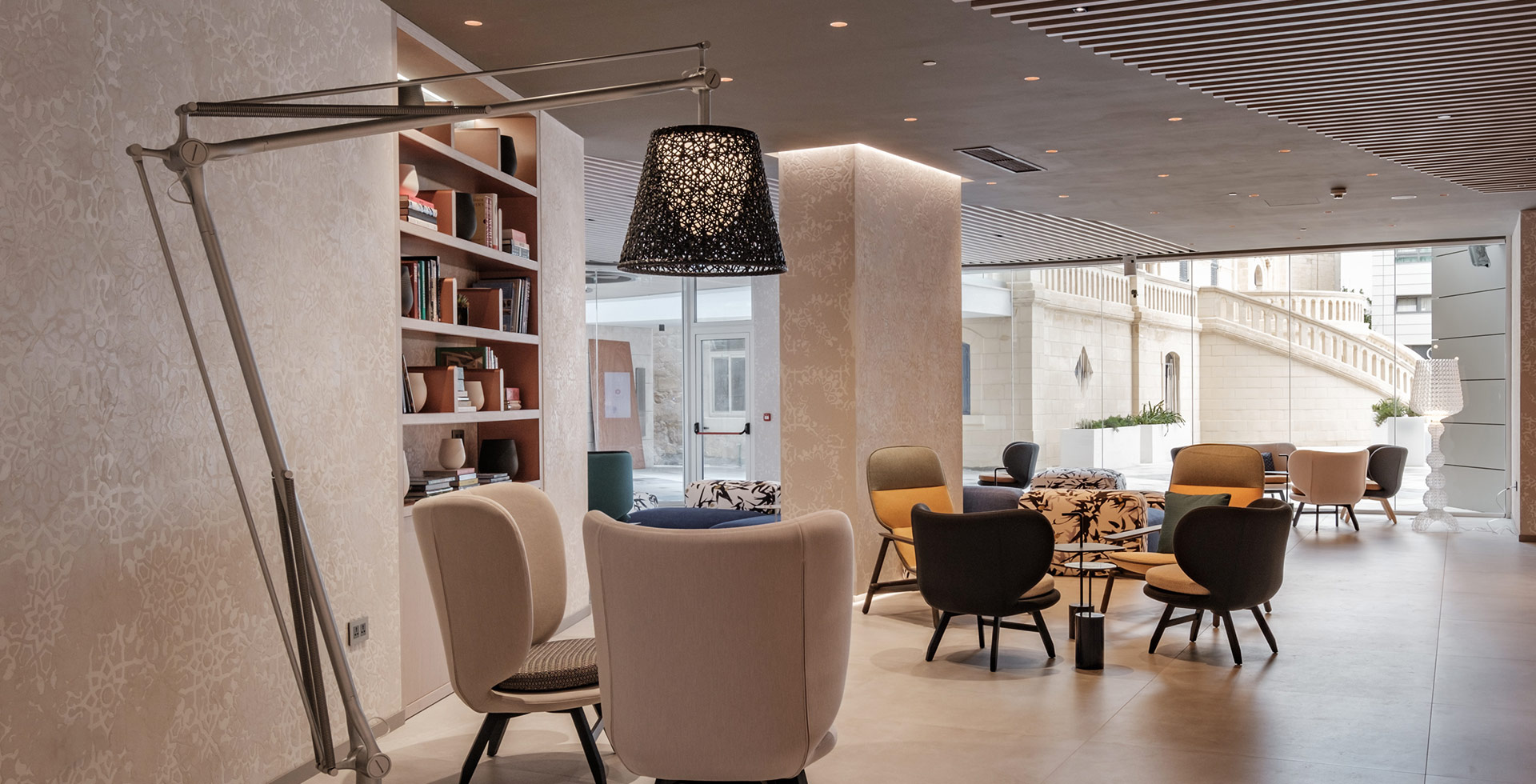 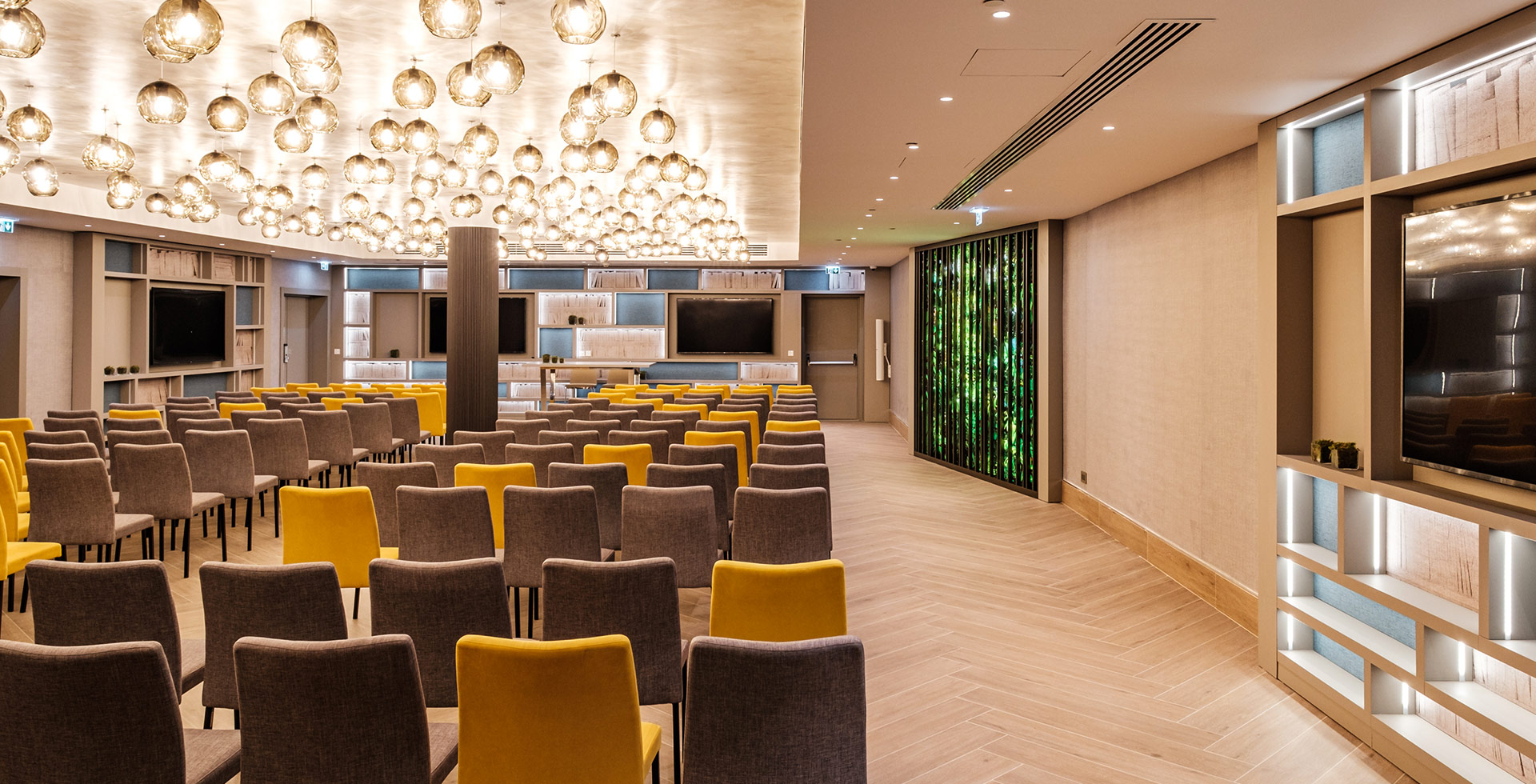 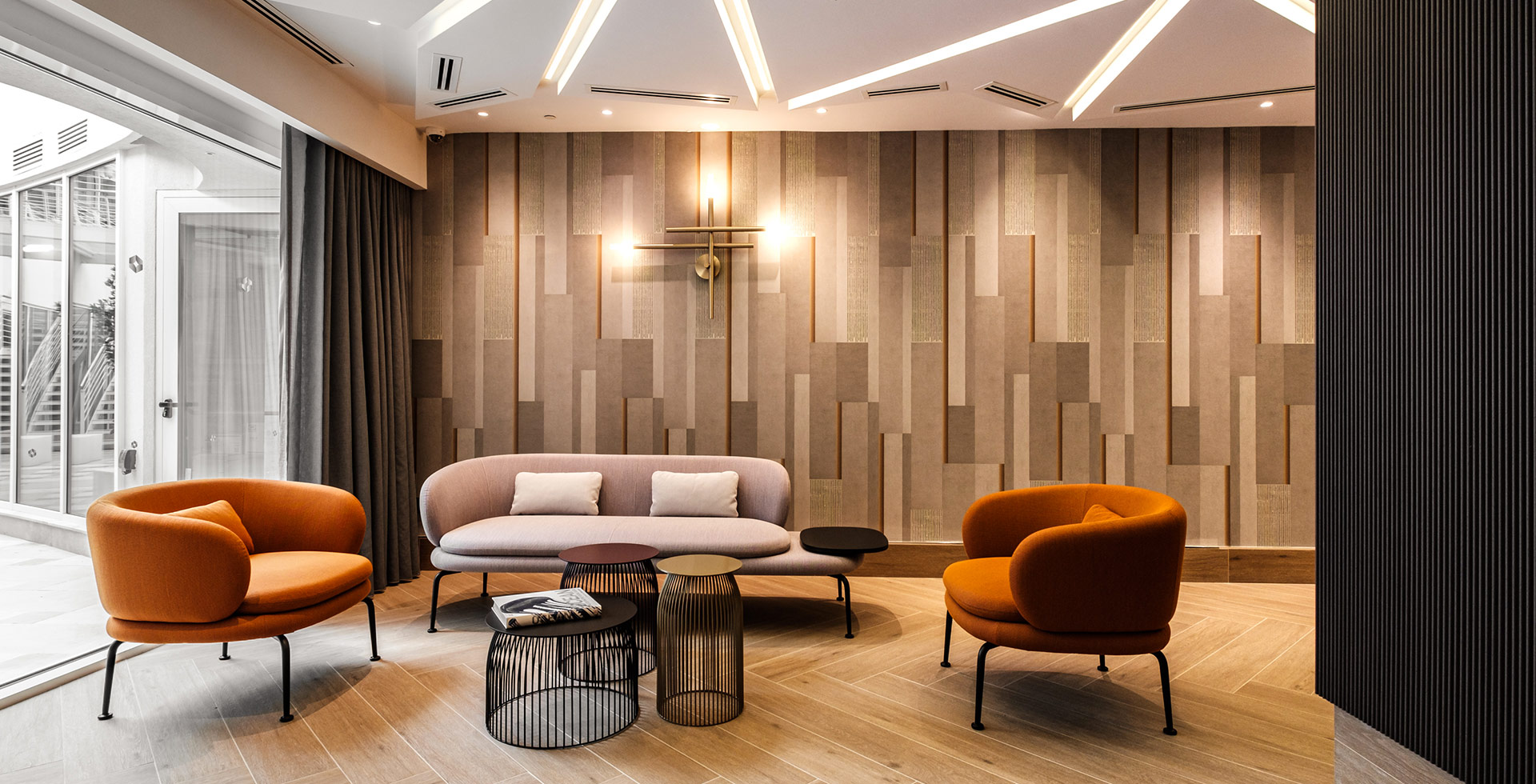 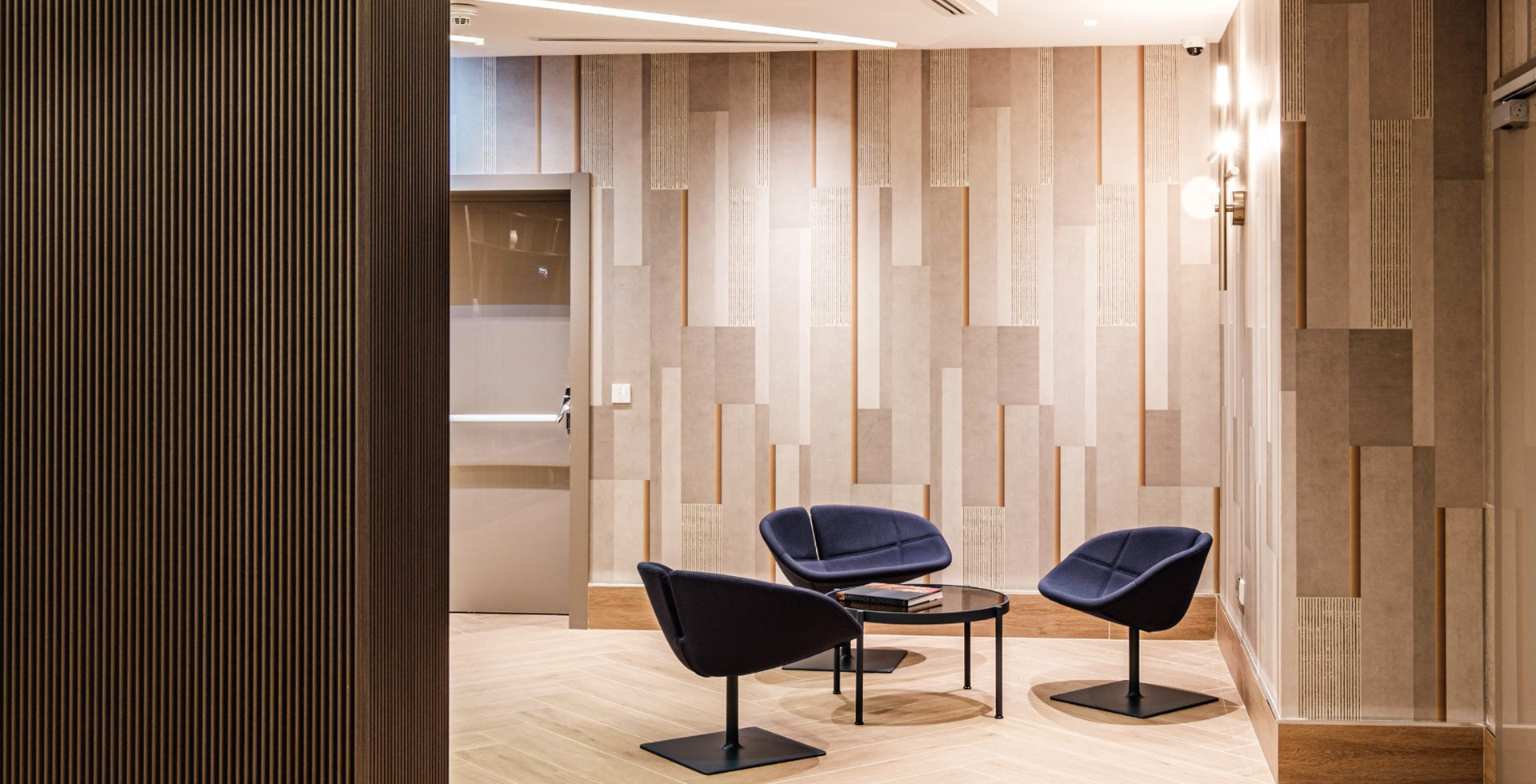 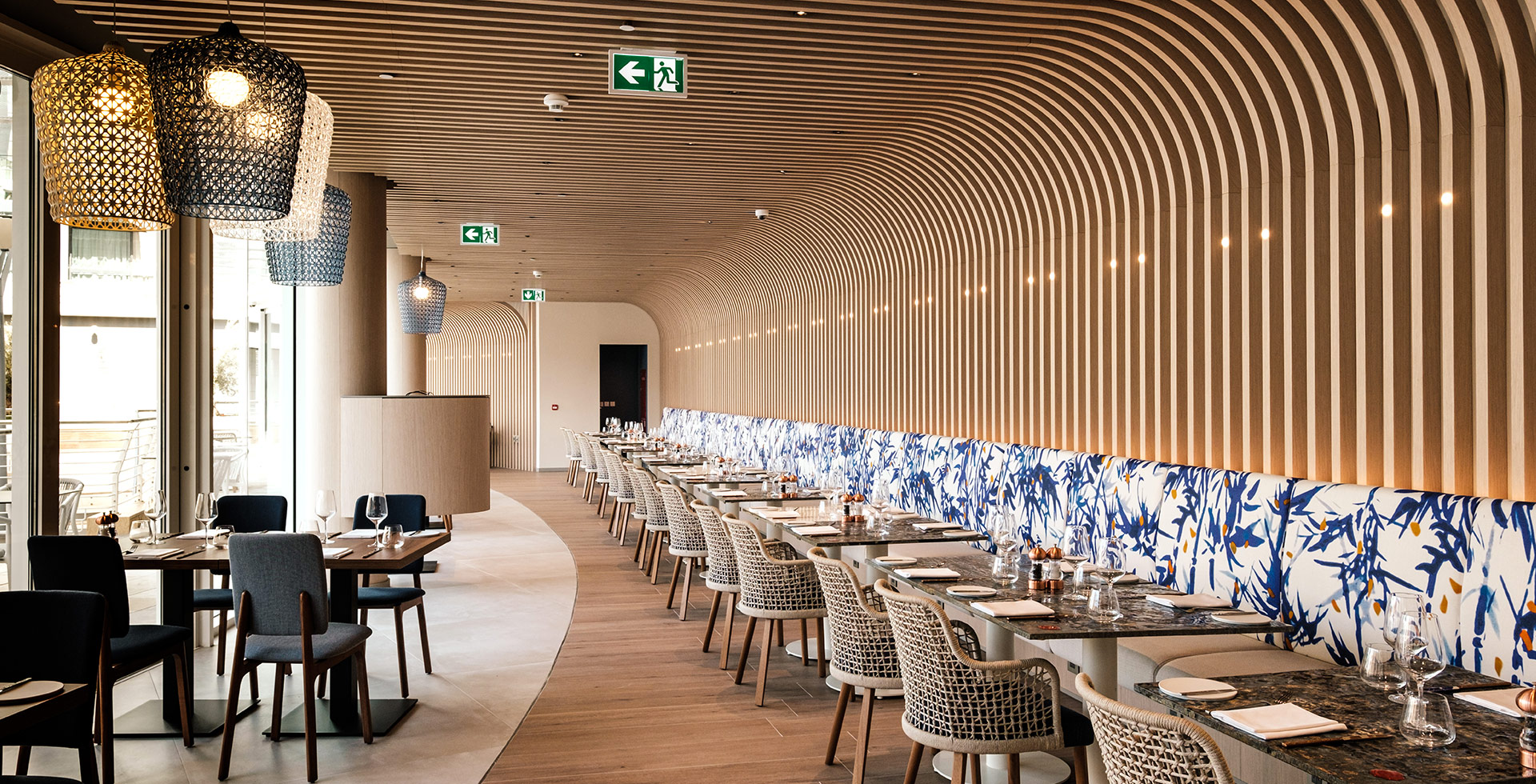 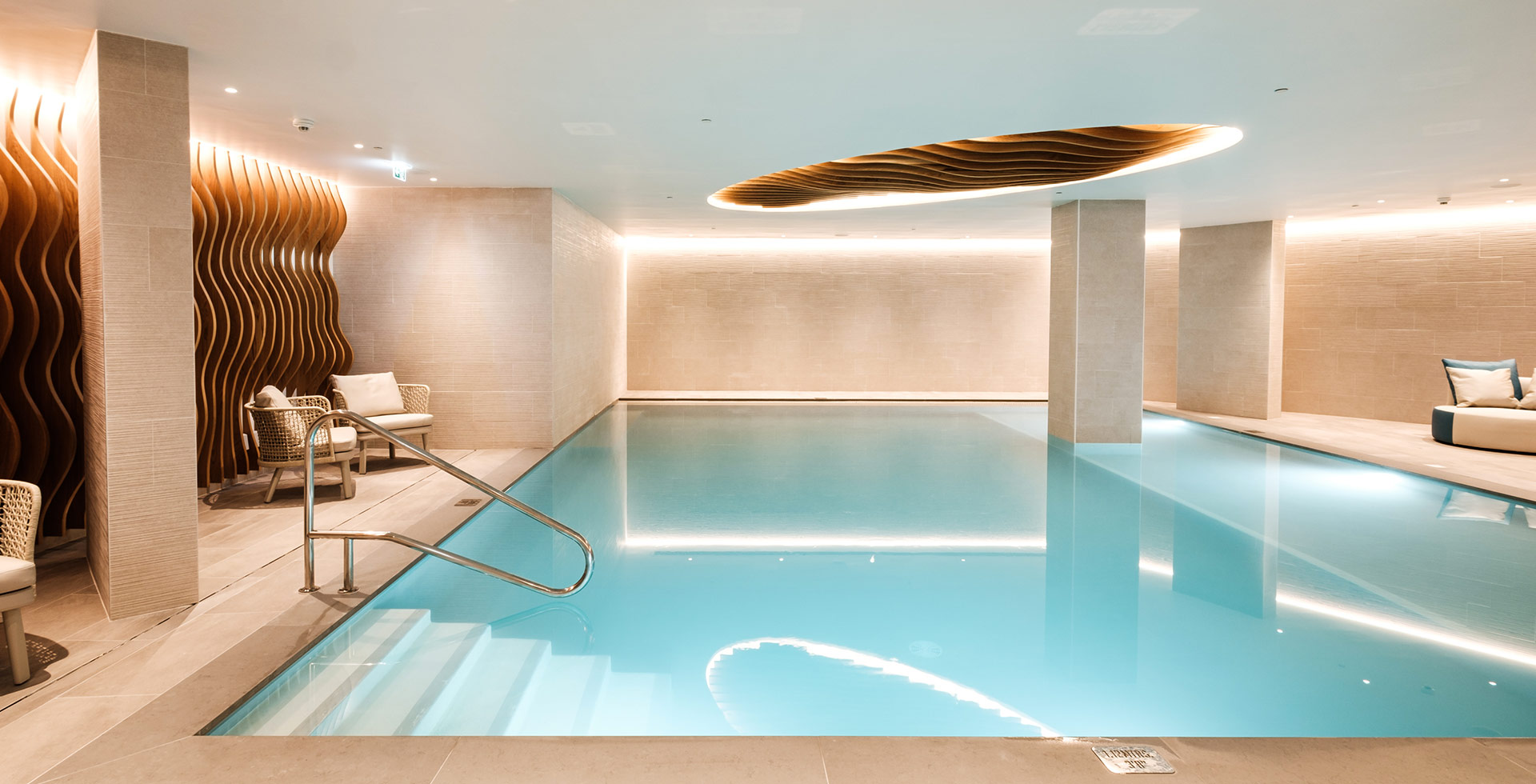 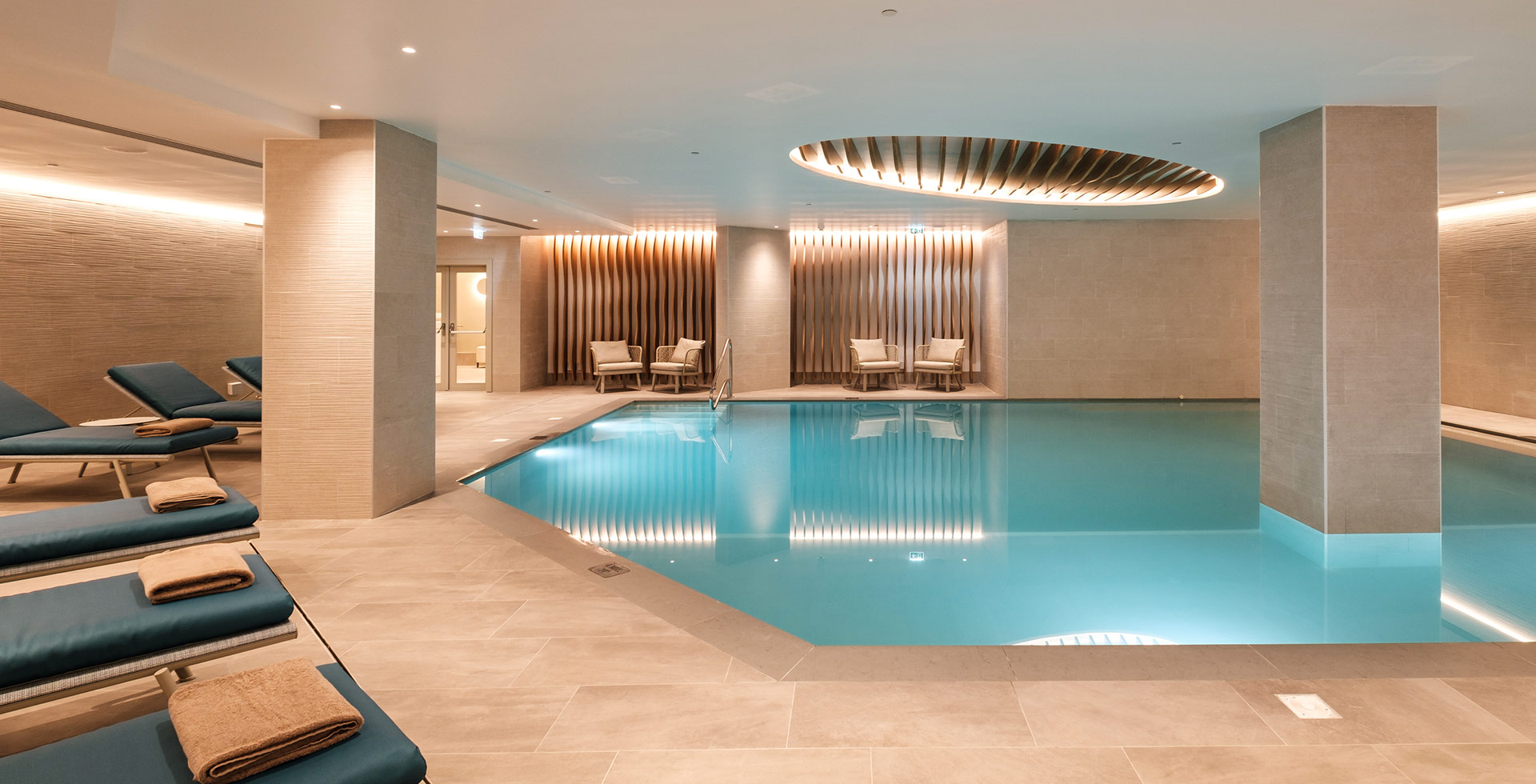 The Hyatt Regency Malta Hotel is located in the centre of Saint Julian, main tourist hub of Malta’s island. This hotel is designed for a young target that visits the island for both leisure and business, therefore it was positioned in an area of great prestige, full of hotels, restaurants and entertainment venues.

The property shares a square with the small church of Santa Rita, which was restored by the brand during the hotel’s construction. The contrast between ancient and modern architecture makes the square one of the most striking places in the town centre.

This 5-star hotel is the first of the Hyatt brand on the island, the architectural design was developed with the intention of immediately placing it among the best accommodation facilities on the archipelago. Covering an area of 2,200 square metres, it comprises 151 rooms and 12 suites, several lounge bars and dining outlets, and a spa to ensure guests’ relaxation.

B LIGHT luminaires were used to illuminate this luxurious project both outdoor and indoor. As soon as we enter the square in front of the hotel we find MEROPE 140 OP recessed floor luminaires, which provide a diffuse illumination of the space. MEROPE 100 and MEROPE 70, were used for the façade of the Santa Rita church, the latter specifically in its narrow 4° beam variant to highlight the pillars.

On the other side, looking at the façade of the Hotel one can notice the pairs of BUTTON 100 CL, ceiling luminaires with homogeneous light distribution, installed in the terraces of the rooms.

For the interior of the hotel, a number of custom products were used in the public areas such as the lobby and restaurant, including KUBO 46 OD ceiling luminaire, which is recessed into the wooden battens, and BUTTON 30 W, which is installed on the restaurant walls. INSERTO MINI CL was used for linear and cove lighting, while INSIDE 75 R was used for direct lighting. Being a recessed trimless downlight range, INSIDE downlights are the best choice when it comes to a perfect integration of light into the architecture.

Finally, ATLAS R downlights were installed in the bedrooms, and OKKIO 55 SD and CL with a customised brass finish ring were used in the bathrooms to create an atmospheric effect.

B LIGHT‘s versatility in meeting customer requirements by providing custom and bespoke solutions allowed the Hyatt Malta’s designers to express their design ideas without compromise, resulting in a project with great visual impact for the hotel’s guests.