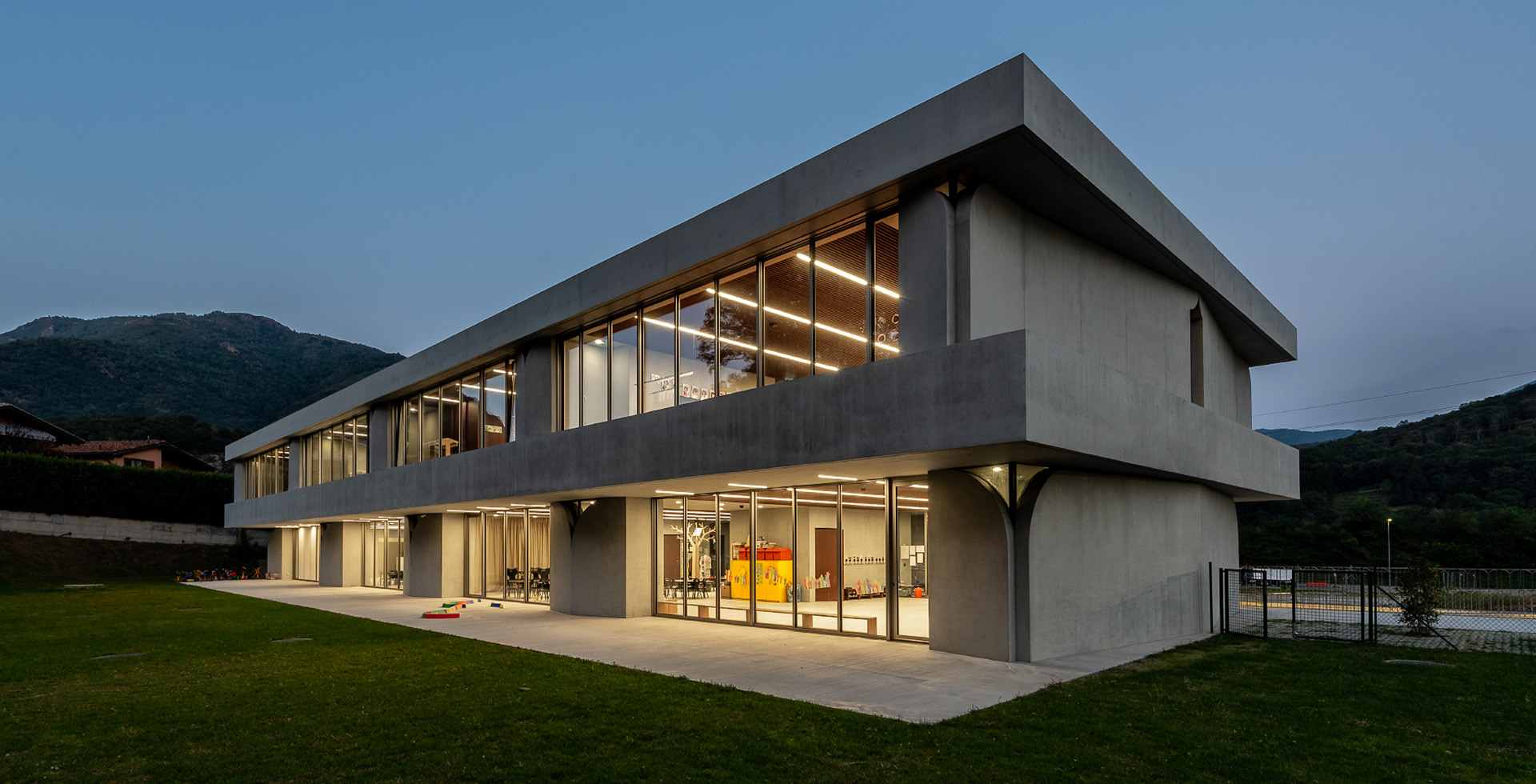 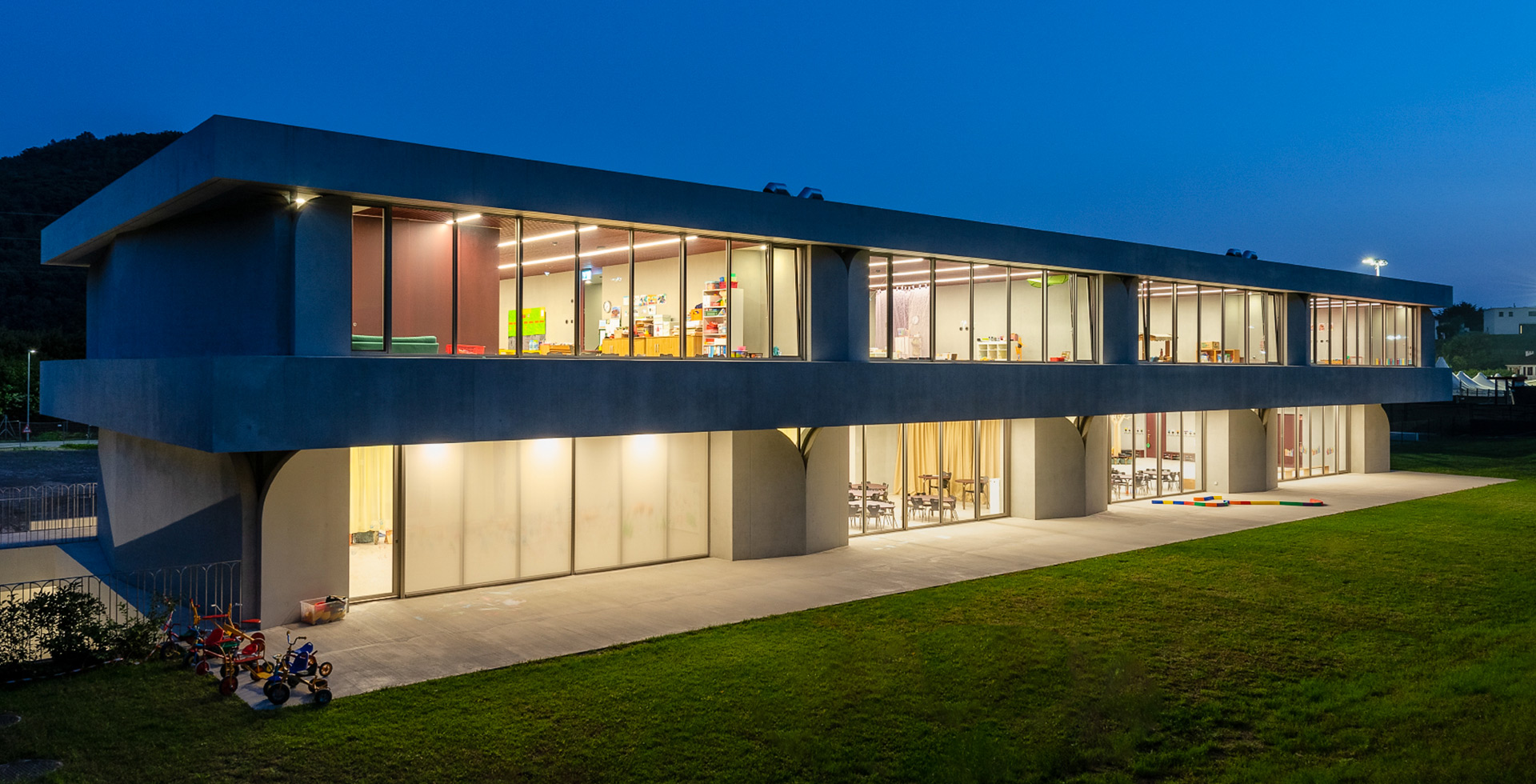 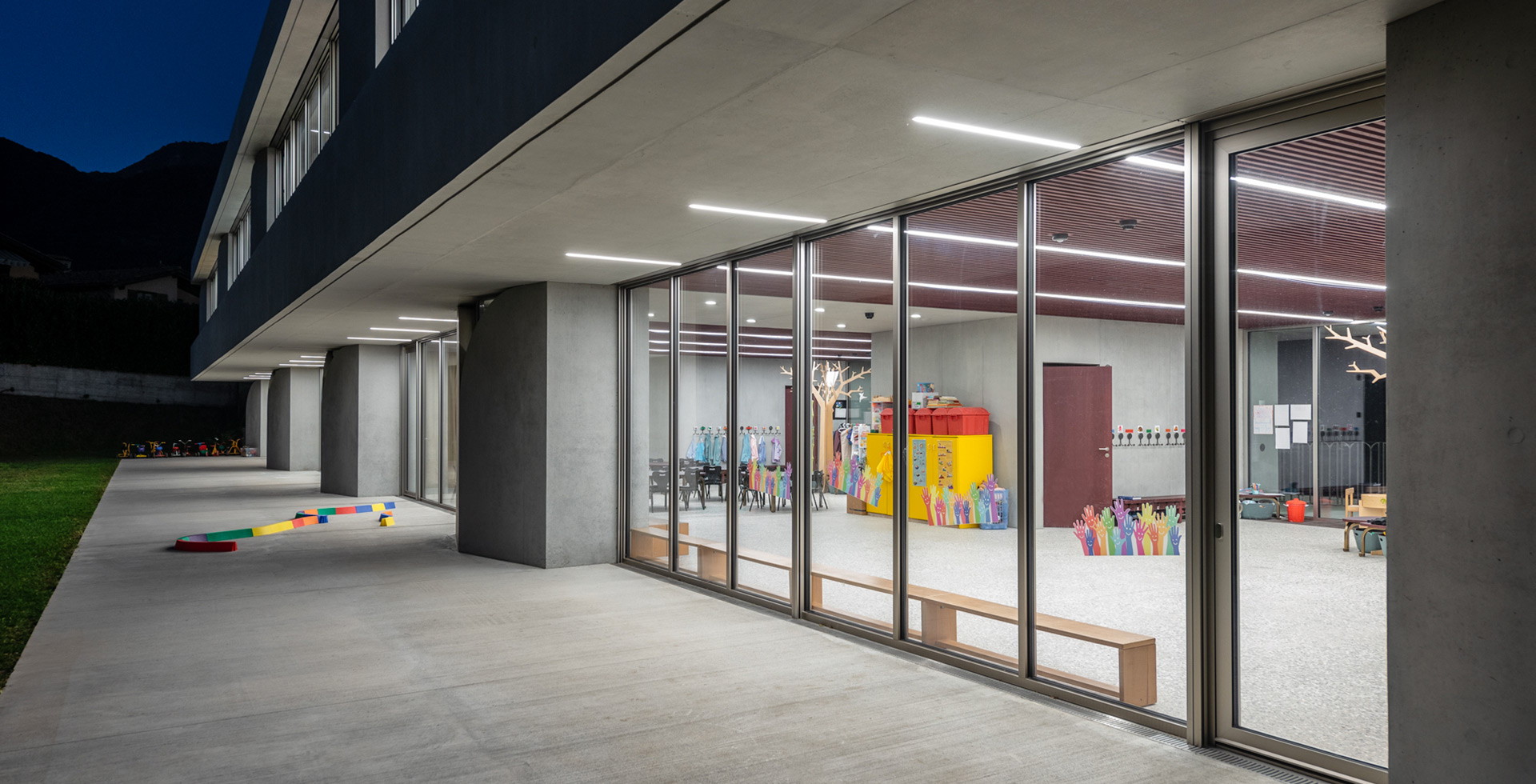 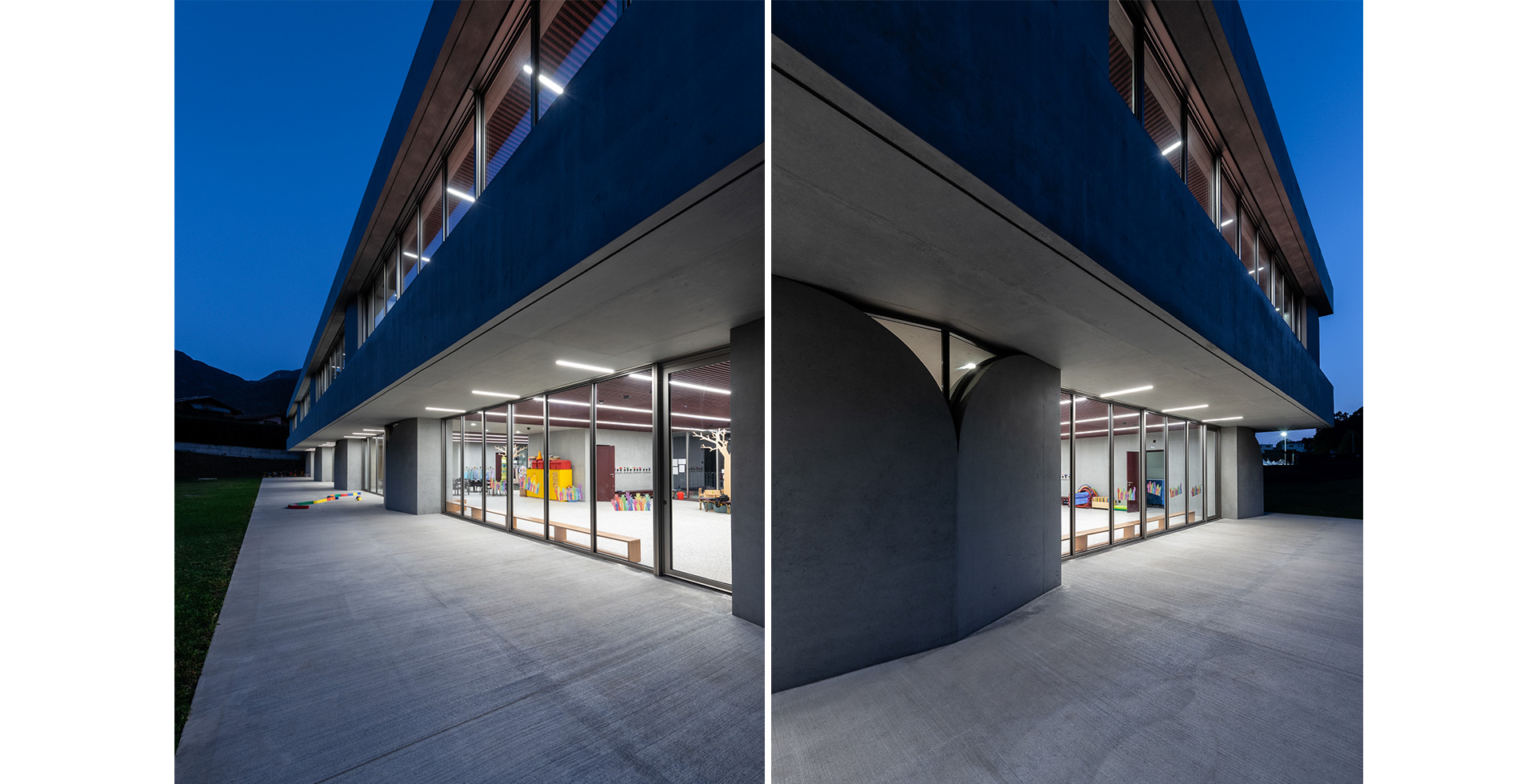 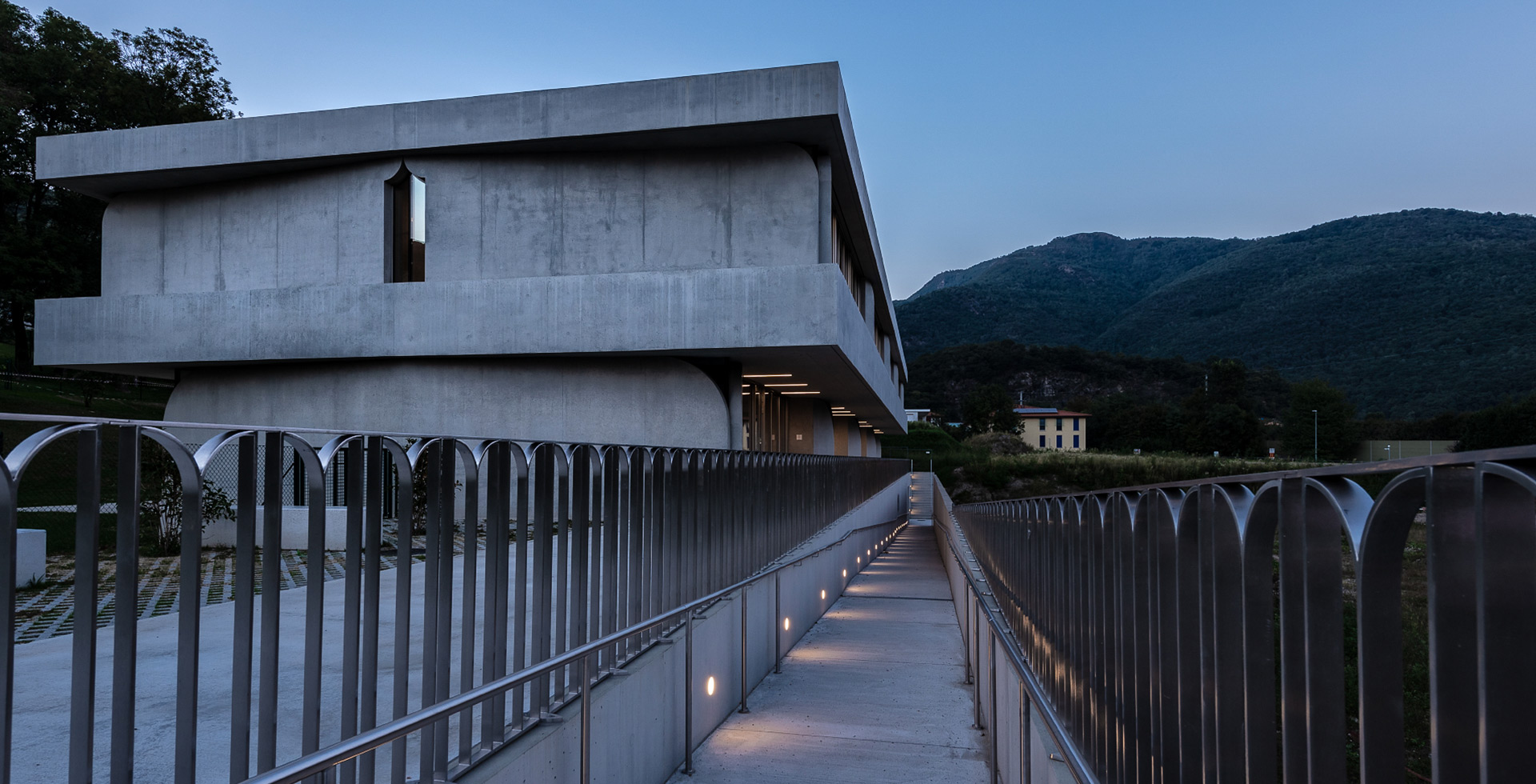 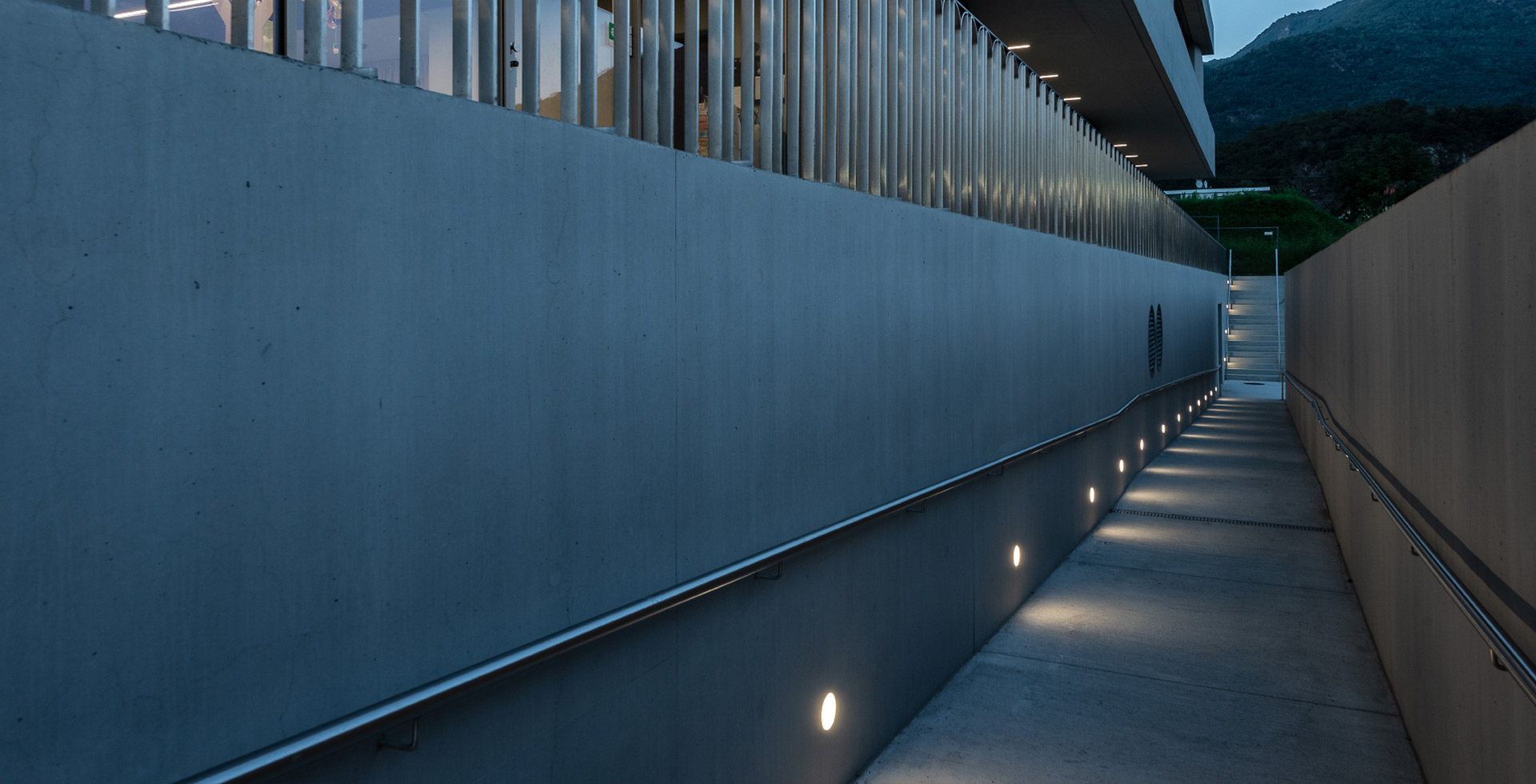 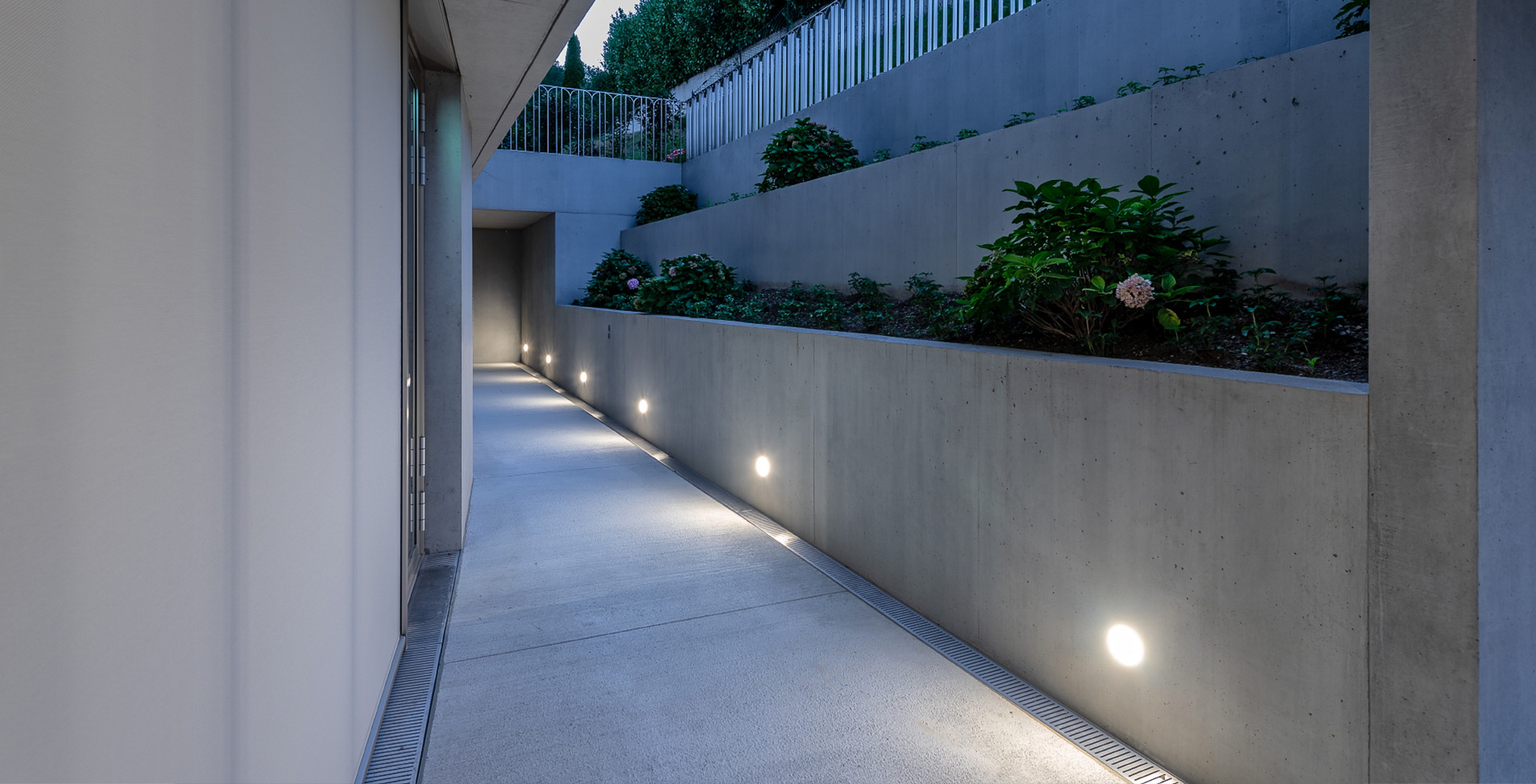 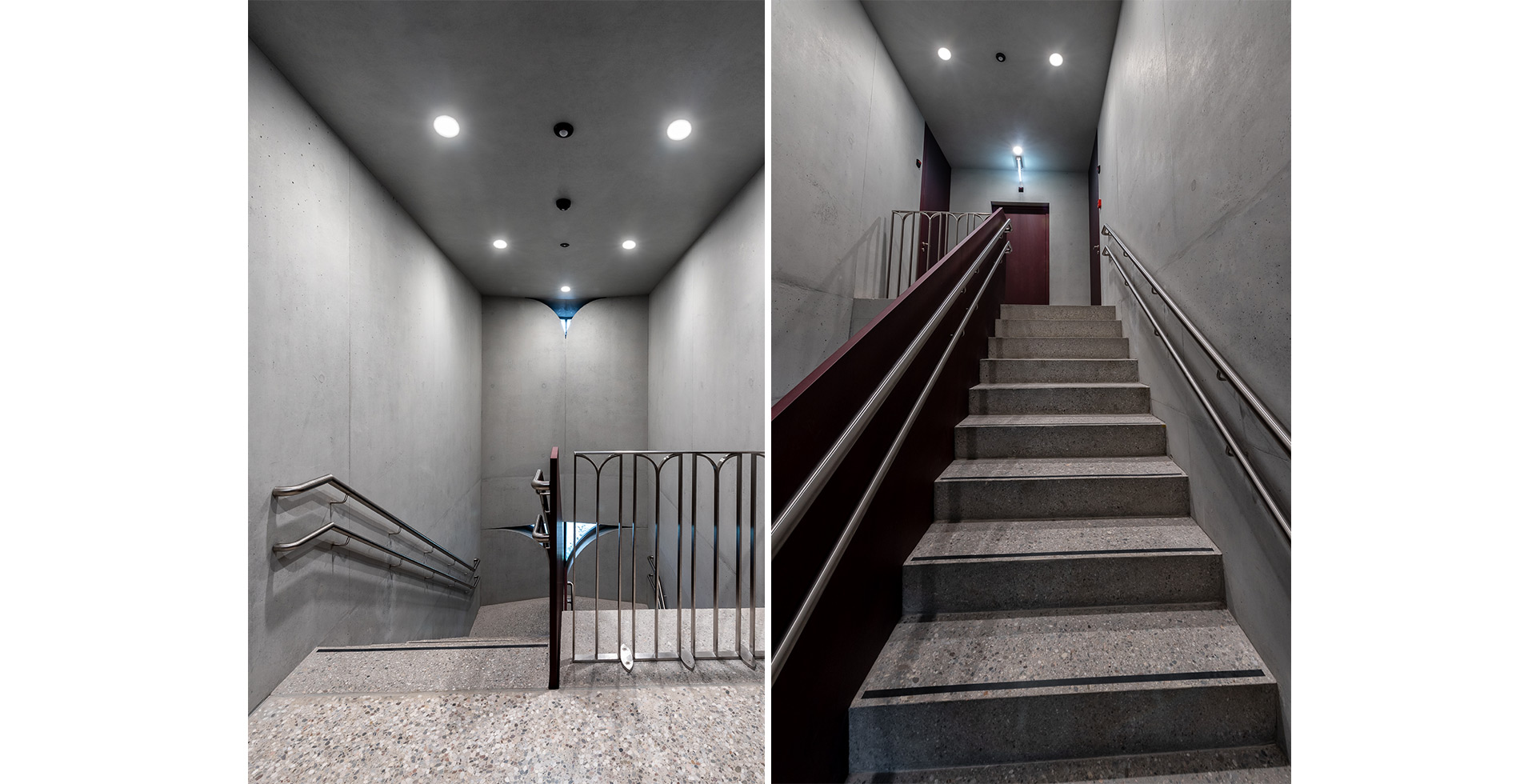 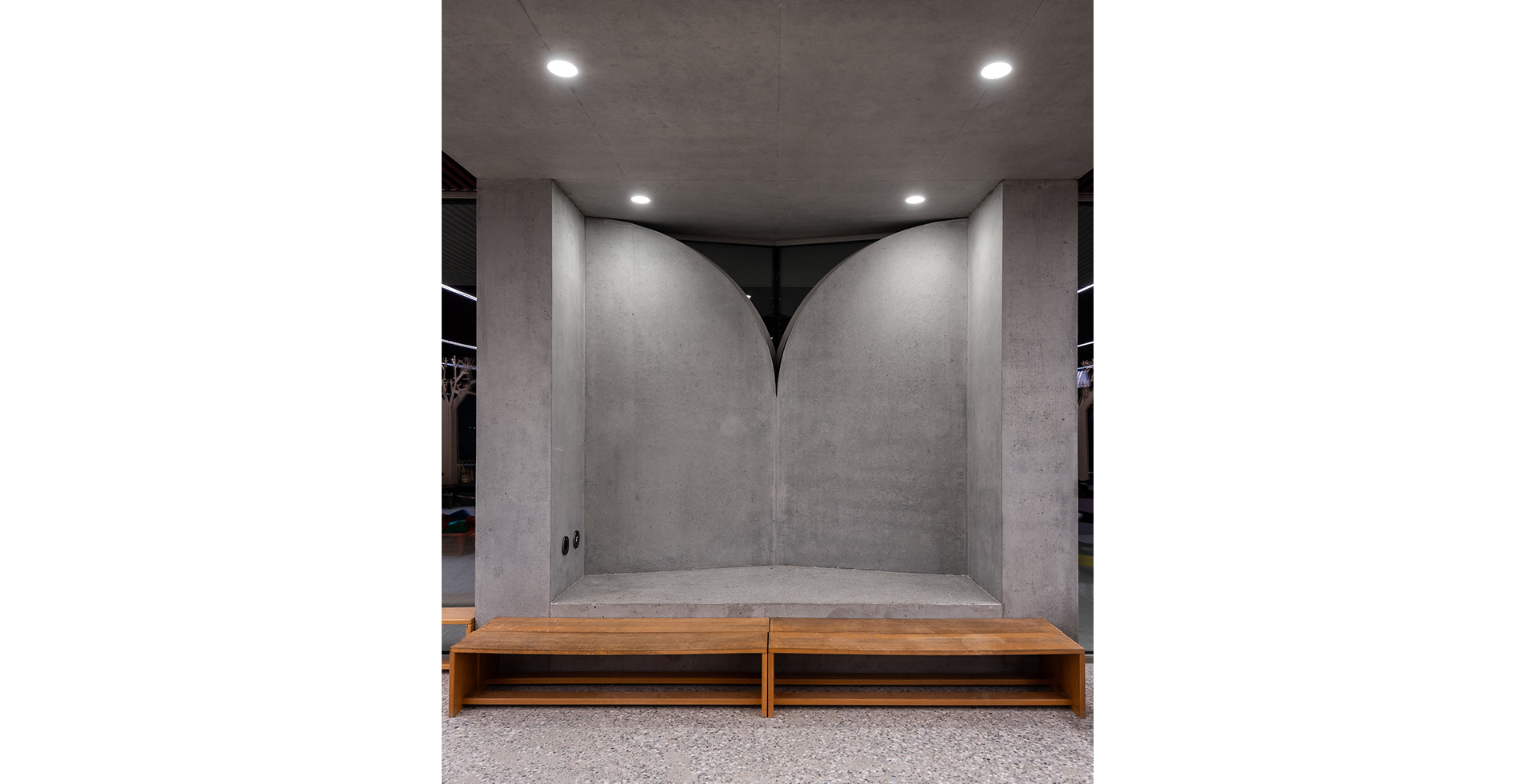 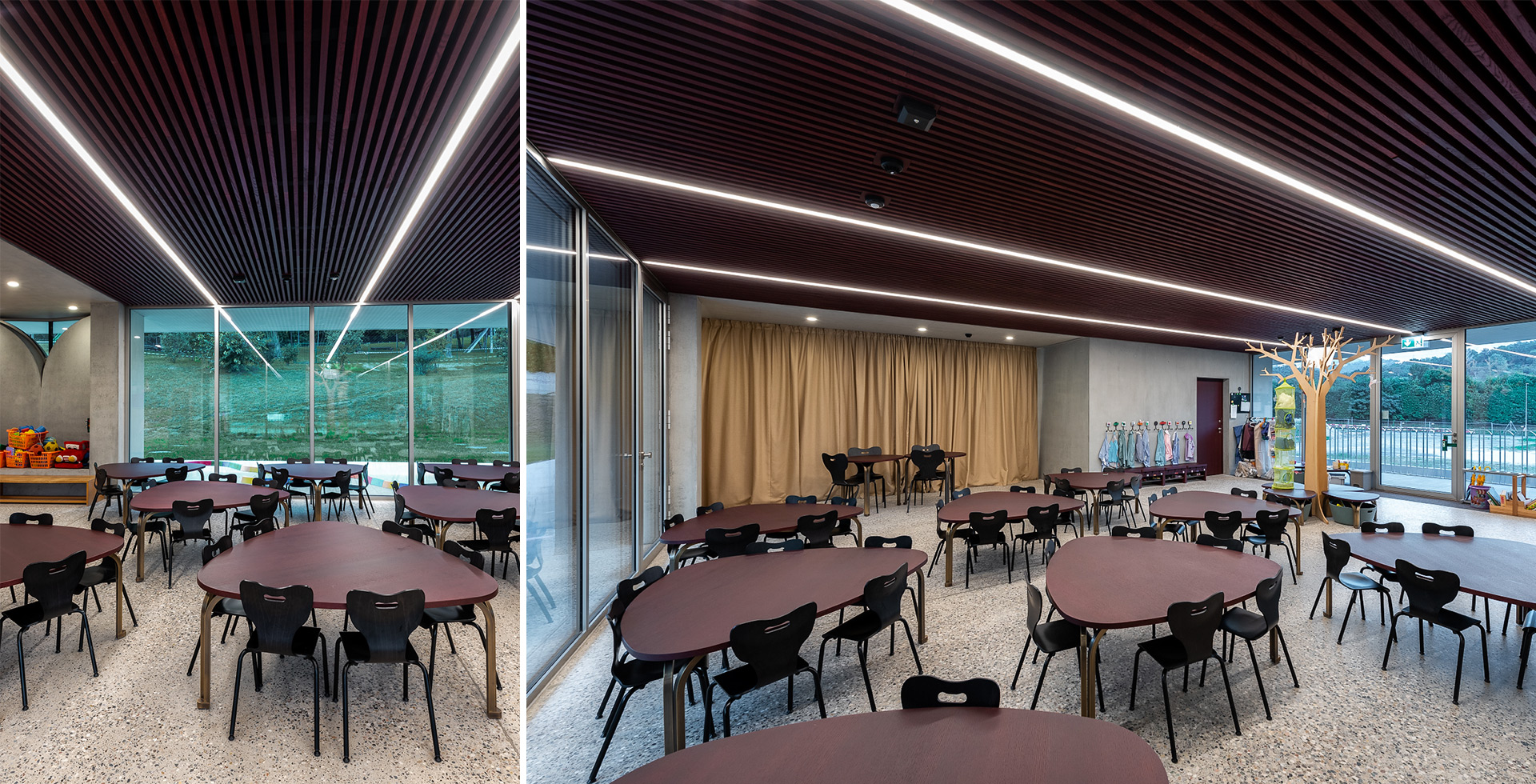 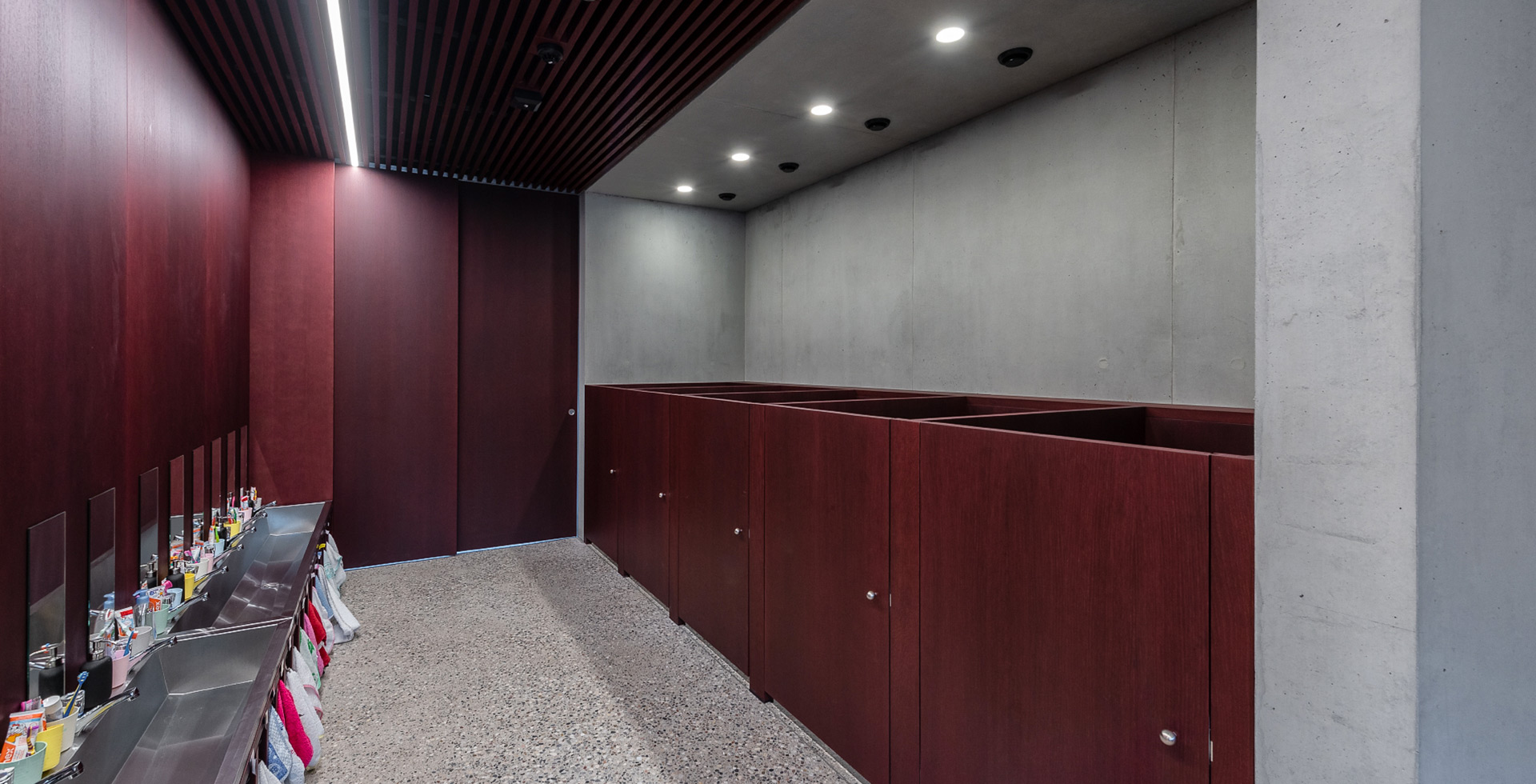 B LIGHT illuminates a new school in Taverne, Switzerland.

A kindergarten characterised by sophisticated architecture where the architect has taken care of every single detail, enriching it with a distinctive mark that is shown both outside and inside, not only in the structure of the school but also in details of street furniture such as the parapet.

The minimalist appearance of the architecture is also reflected in the lighting concept. In fact, only two luminaires were used to illuminate the structure: the BUTTON 100 W and the linear INSERTO MEDIUM 40 F SYSTEM. Both products provide a diffuse, soft light that illuminates the space uniformly.

The light becomes an architectural tool as the sun goes down, for it is in the evening that the BUTTON 100 W highlights the V-shaped opening in each pillar, creating a striking effect on the façades.