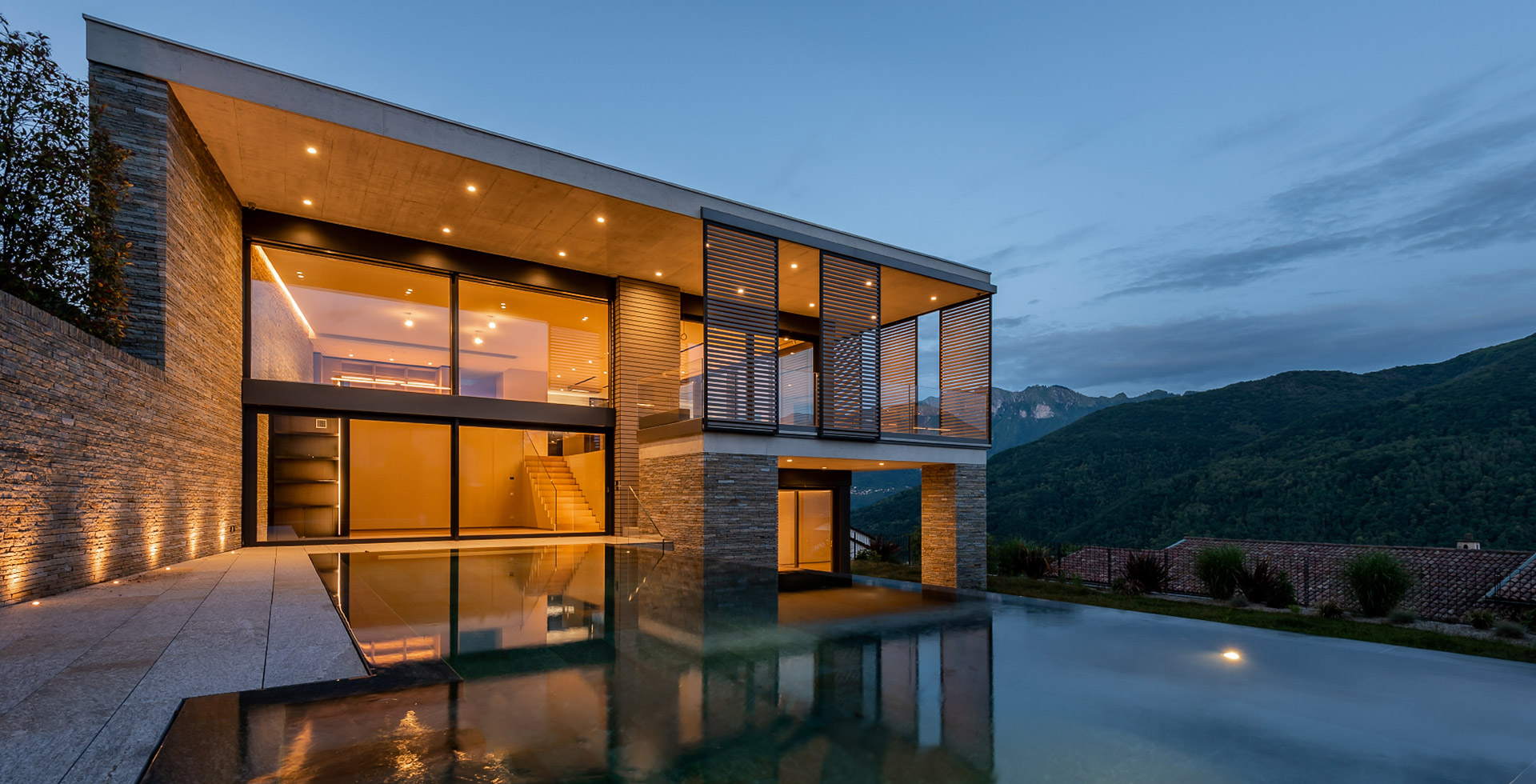 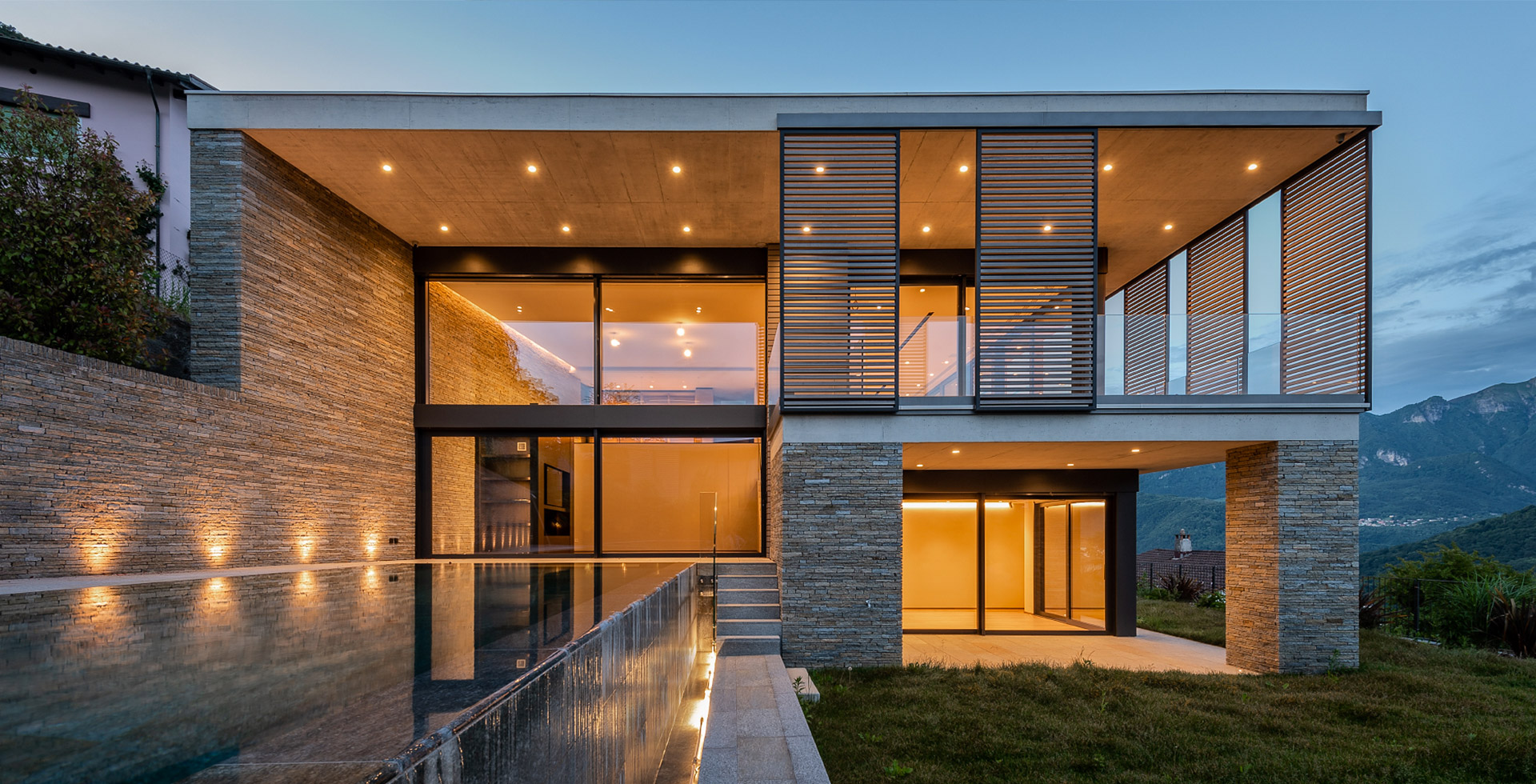 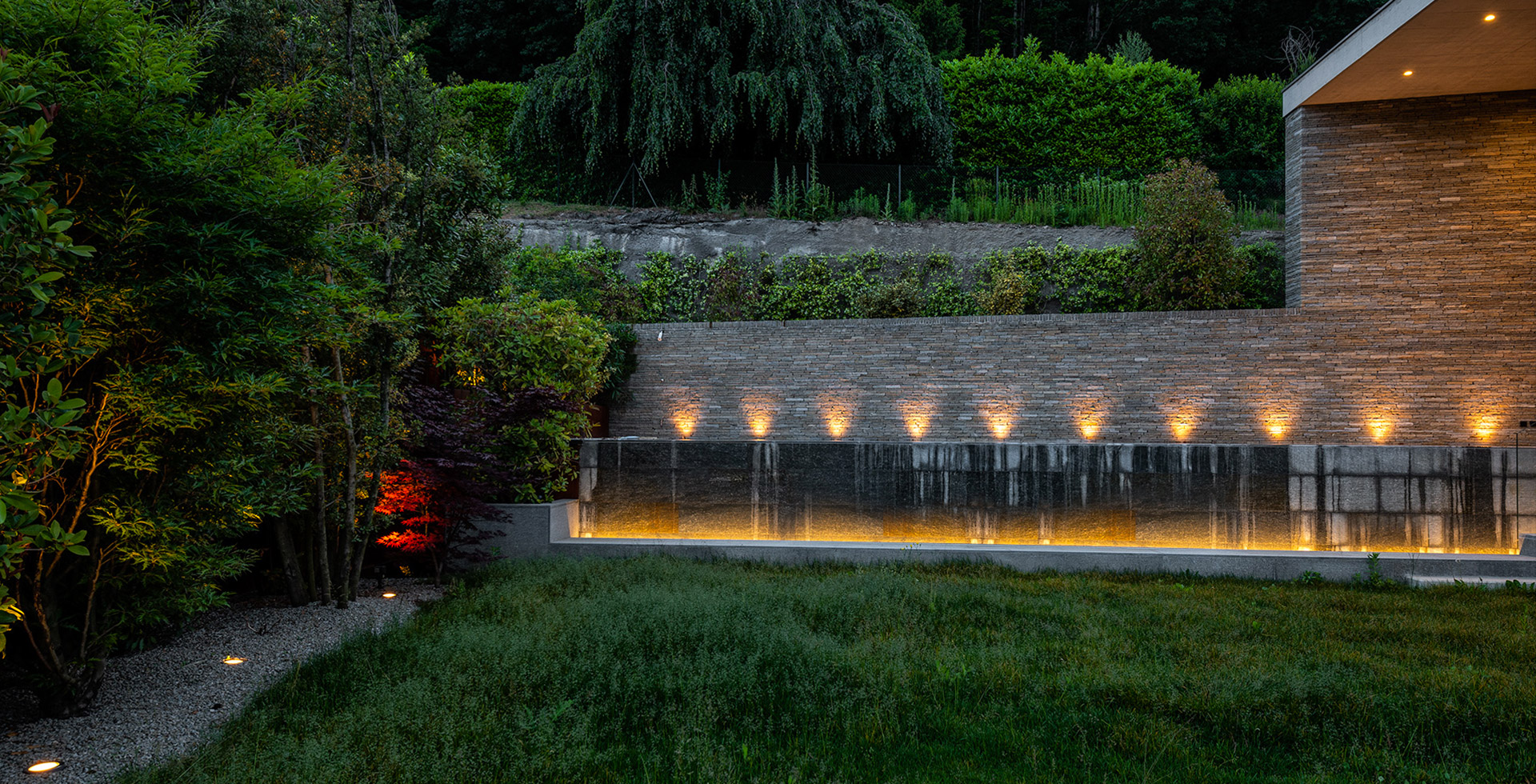 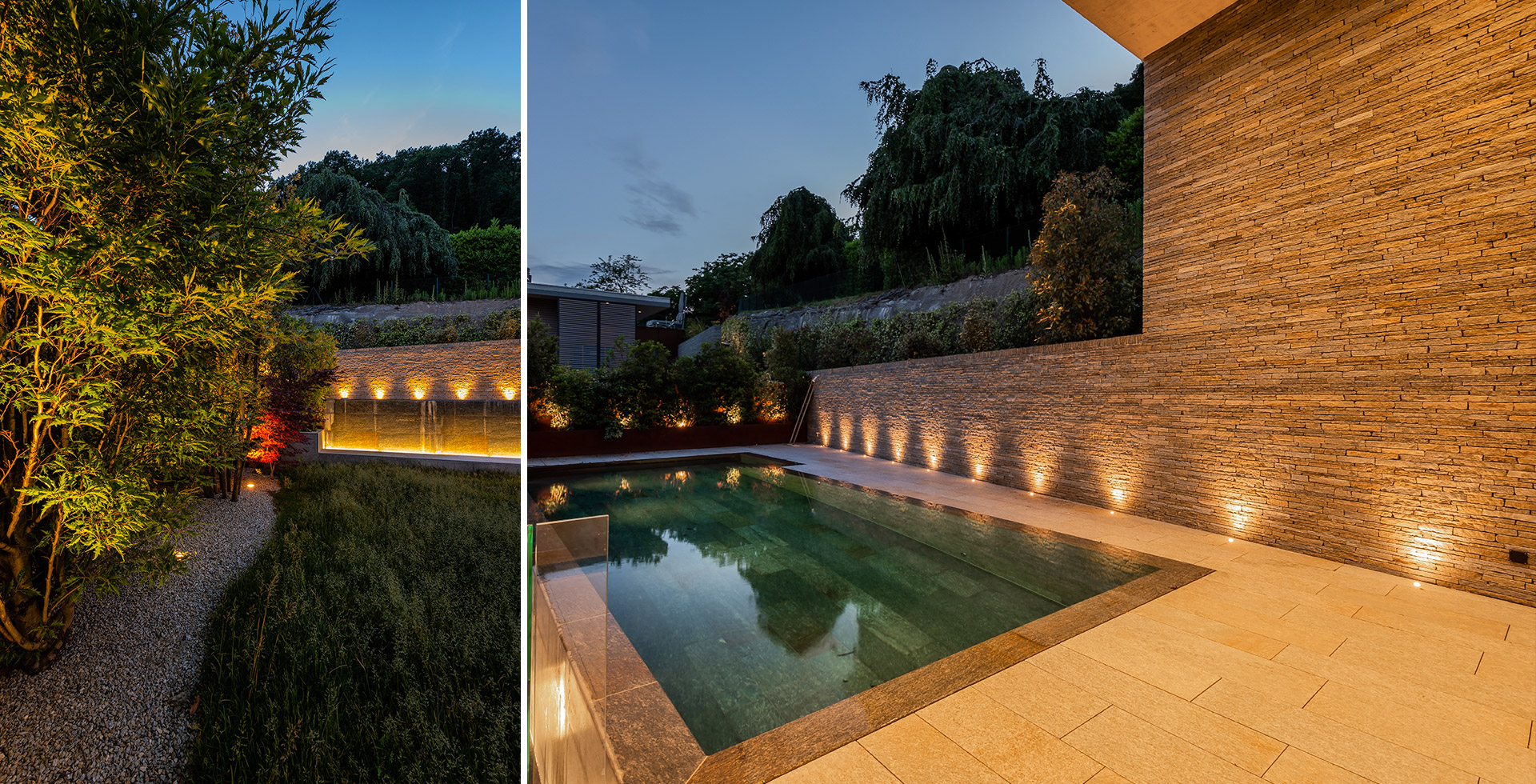 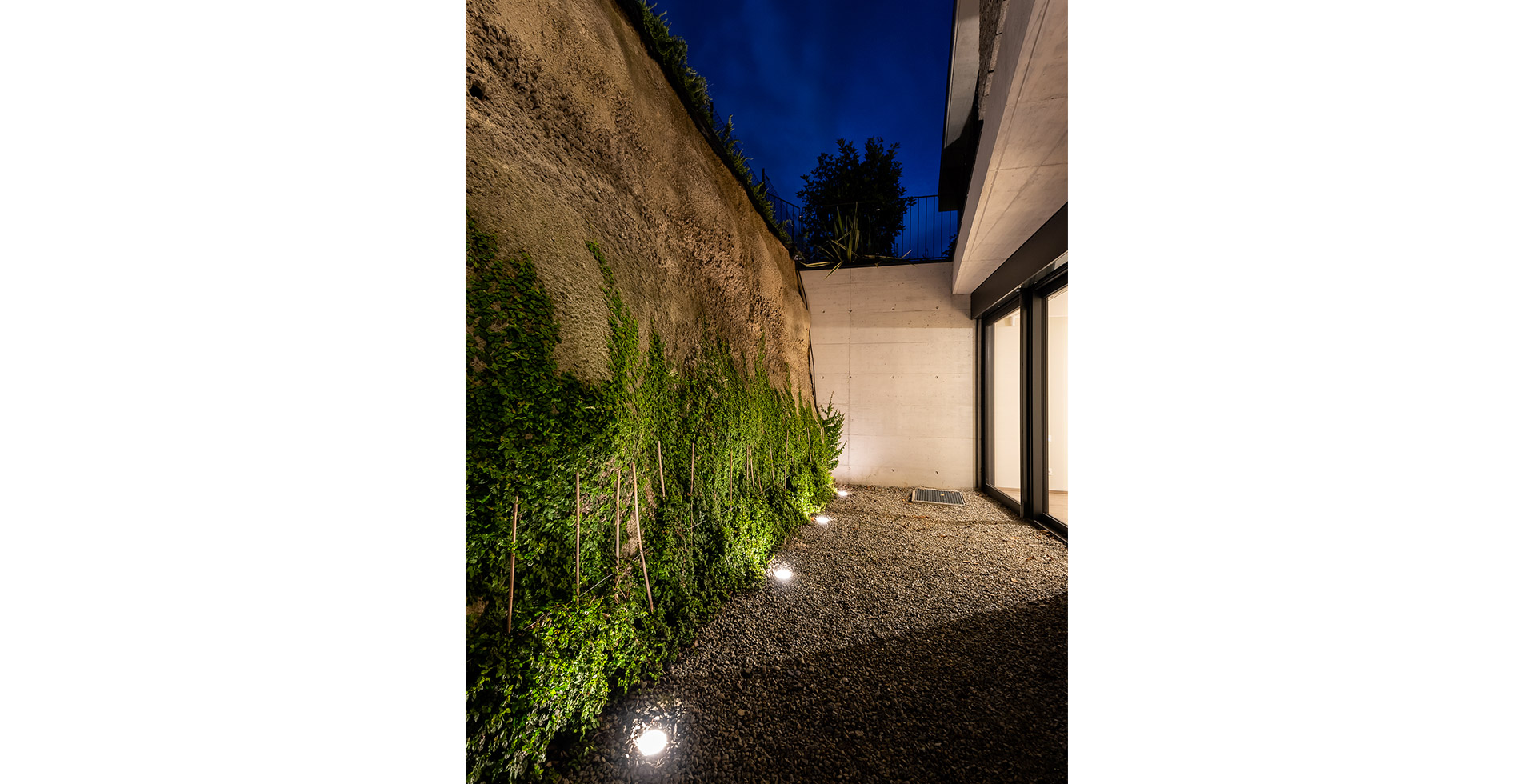 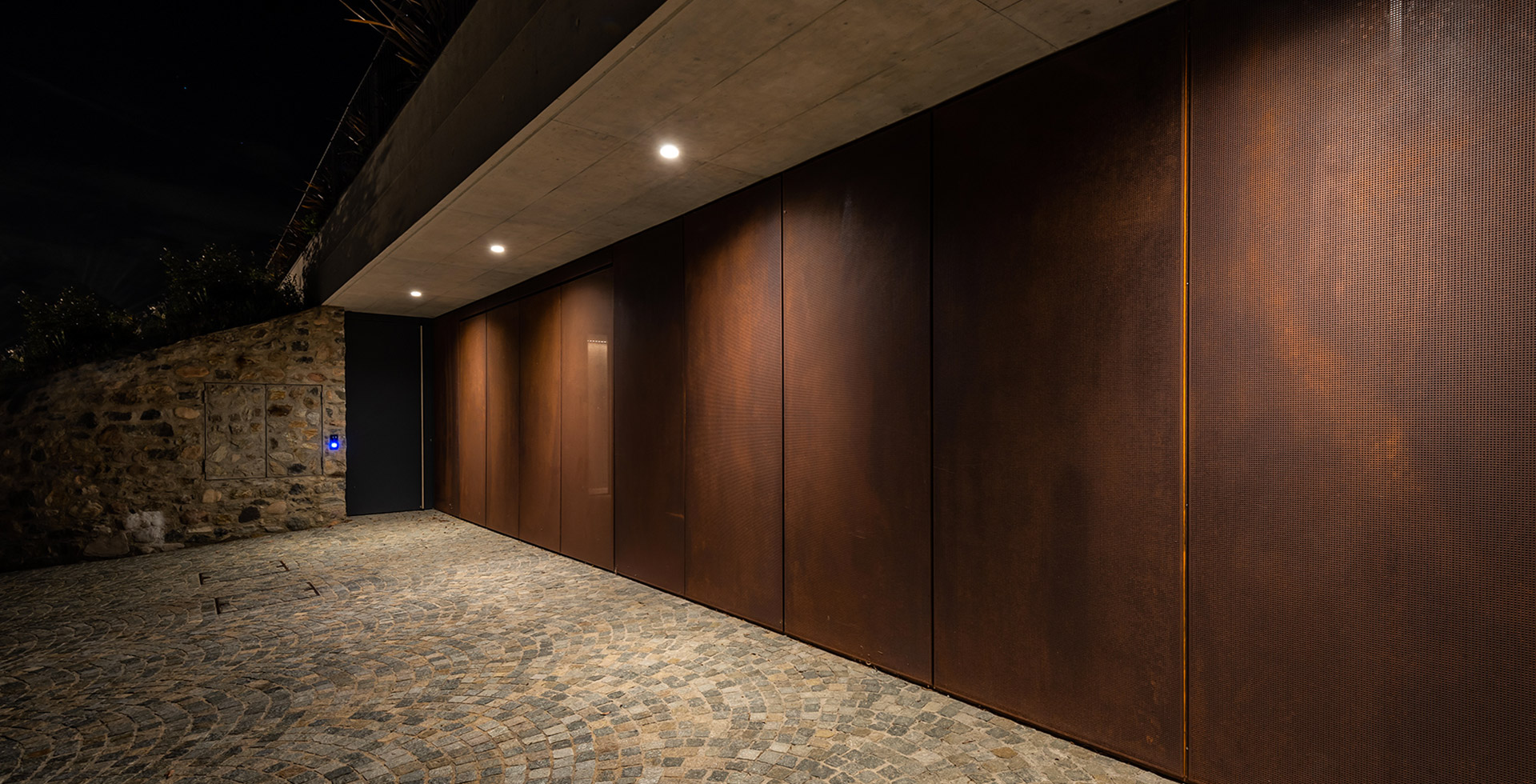 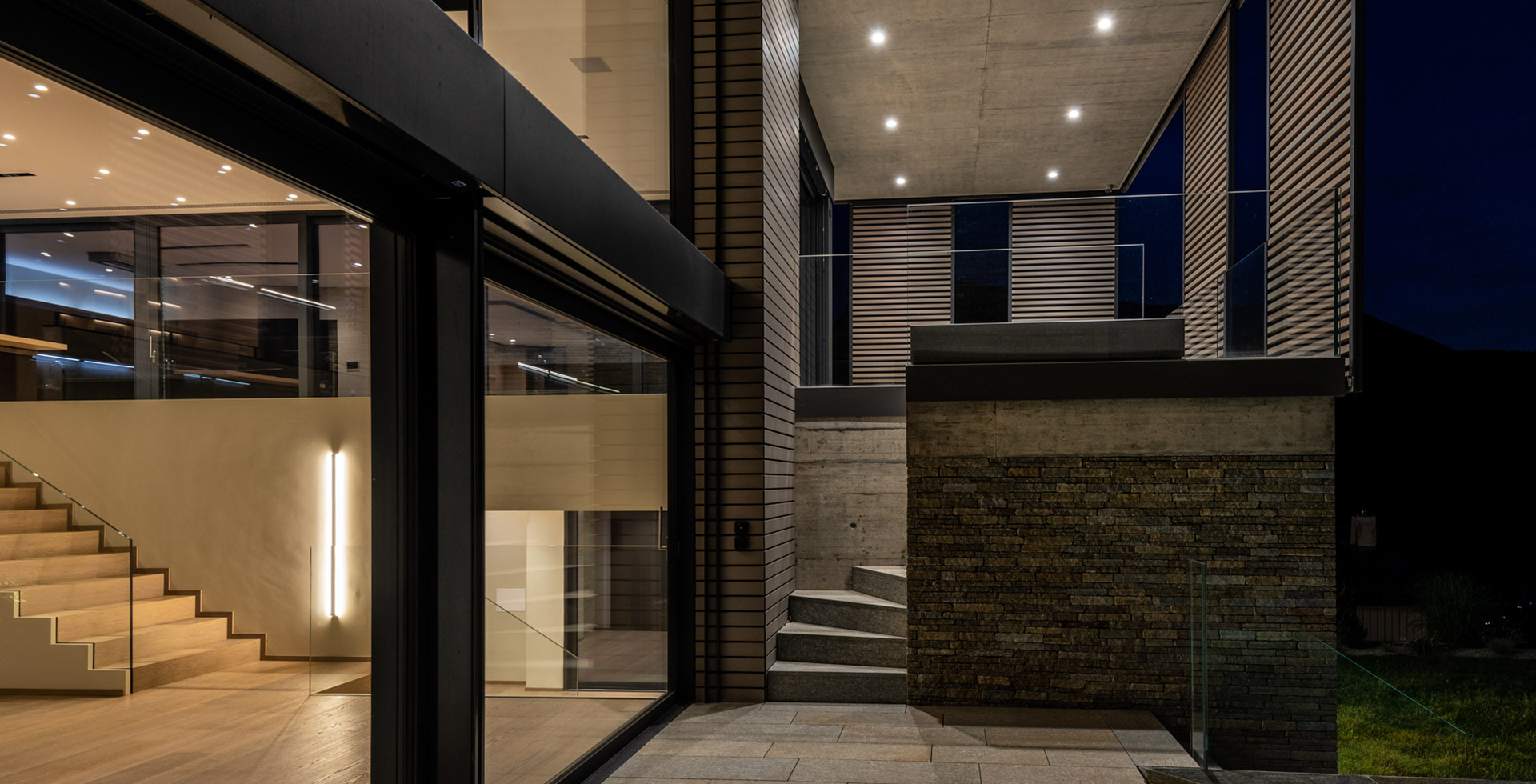 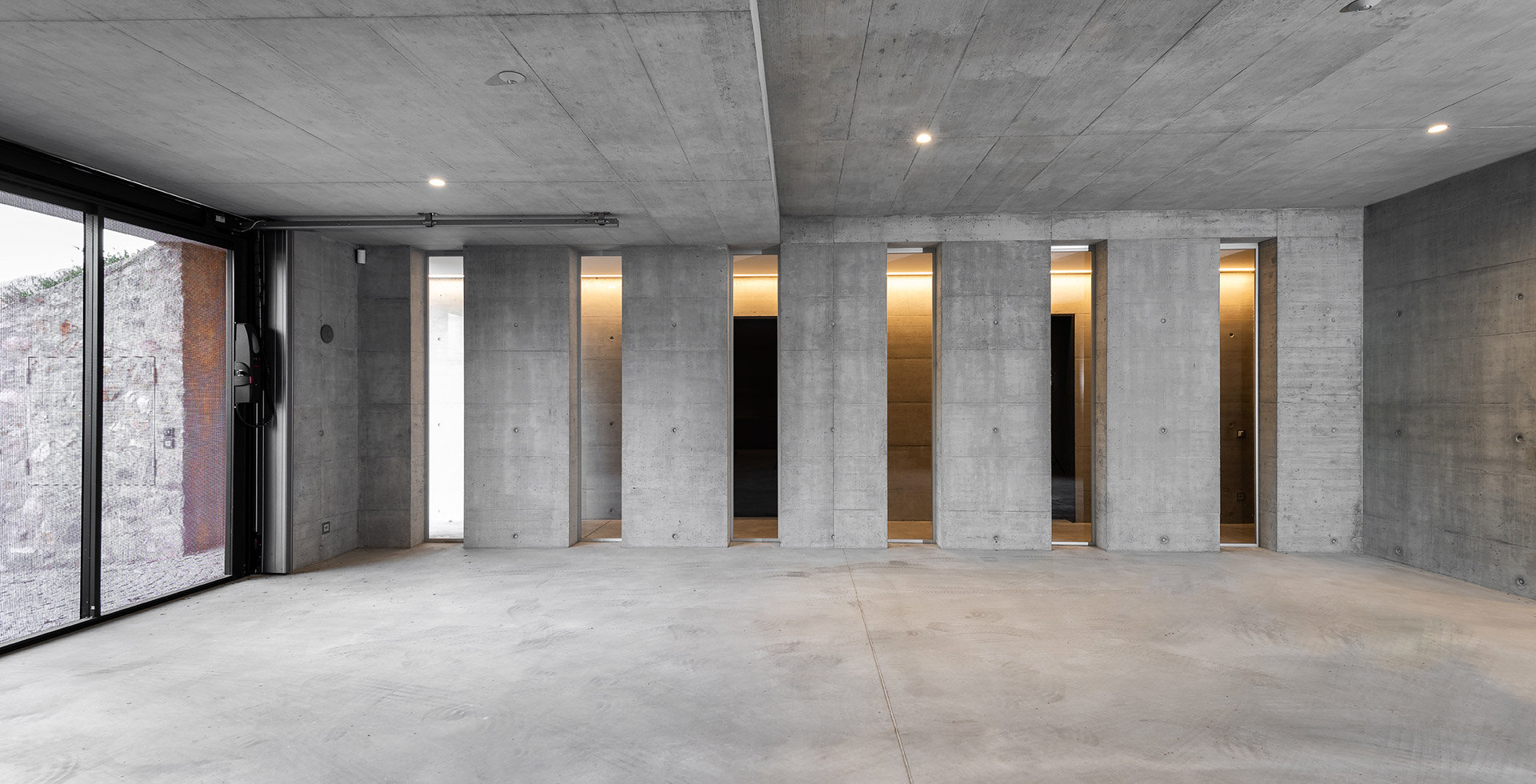 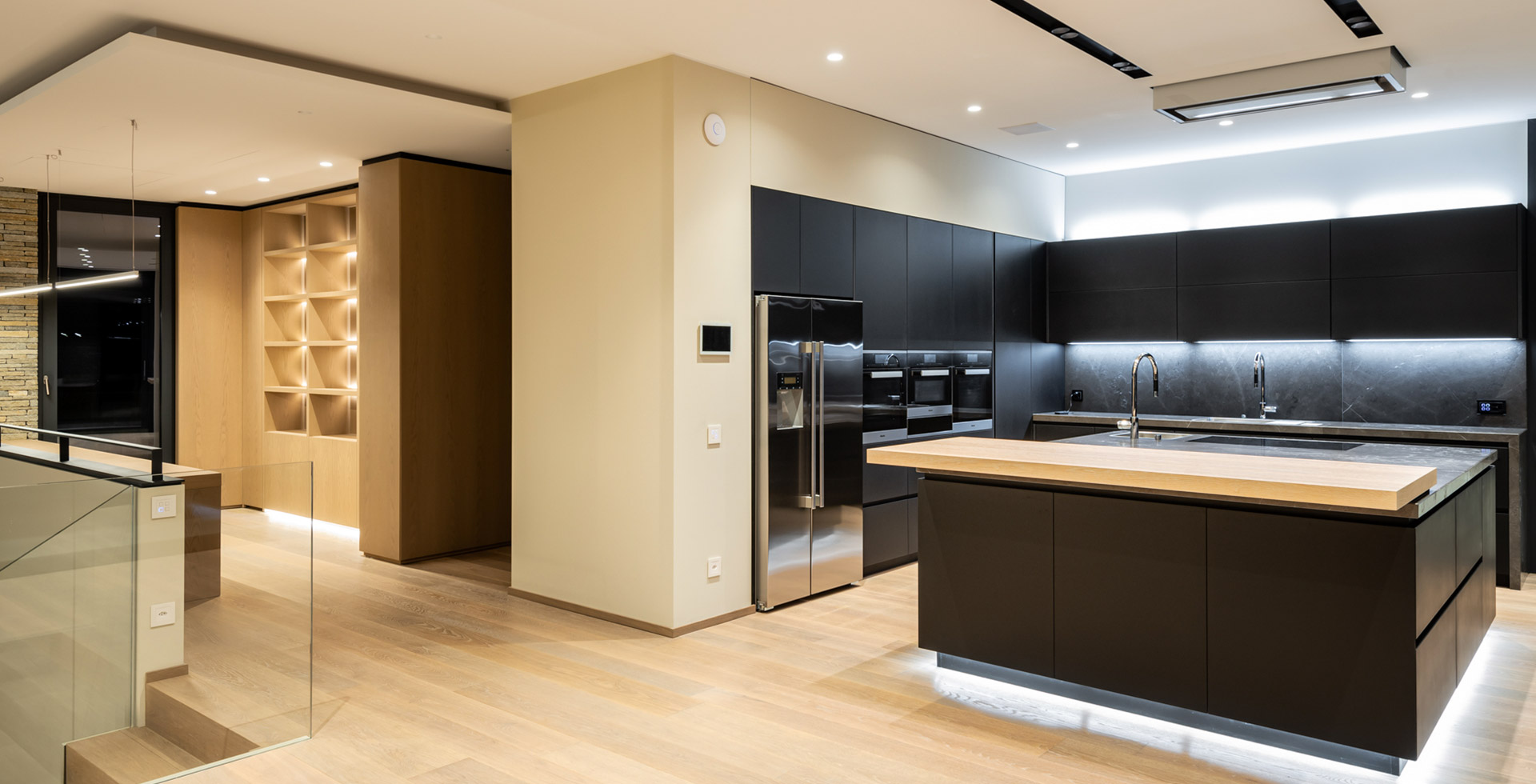 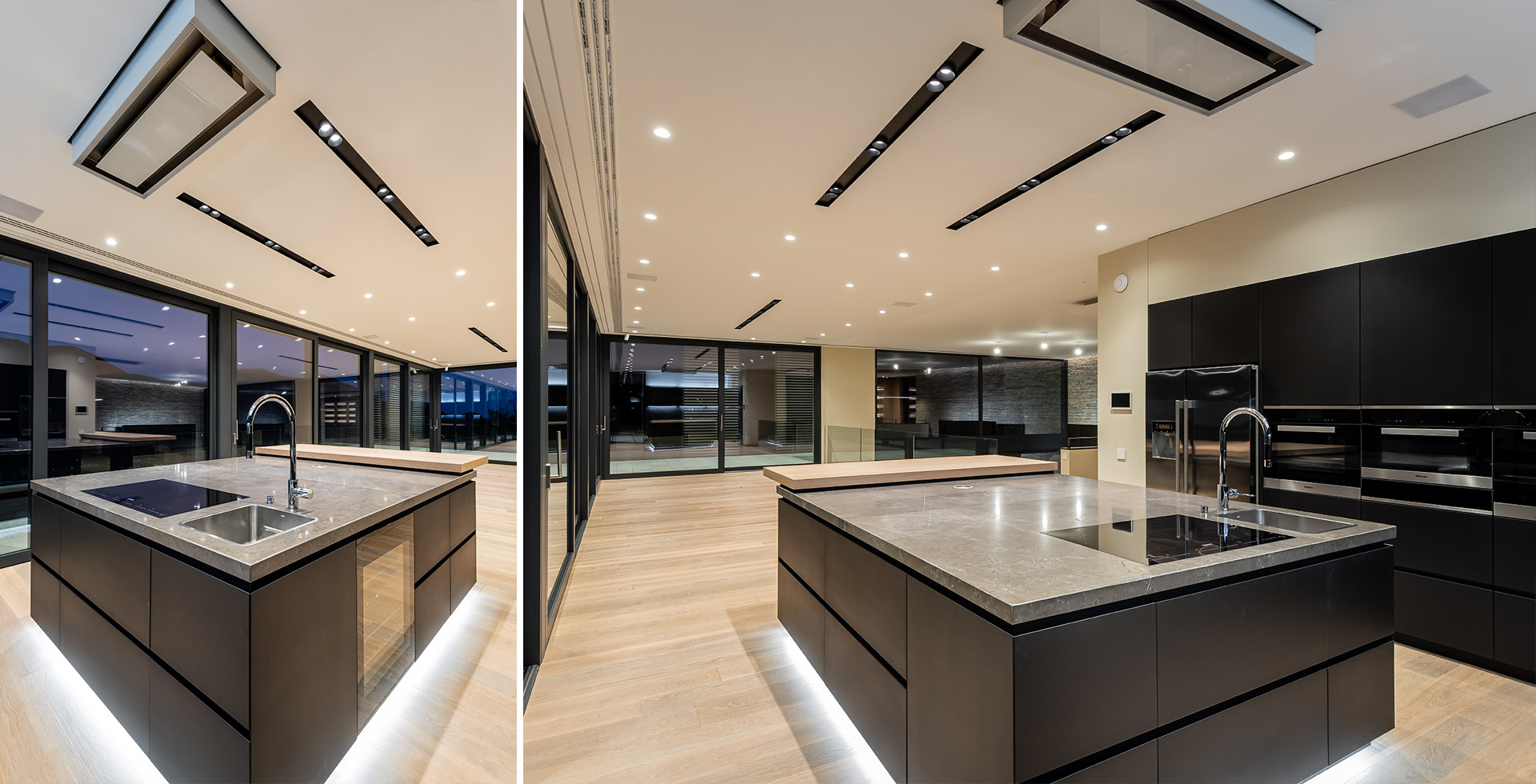 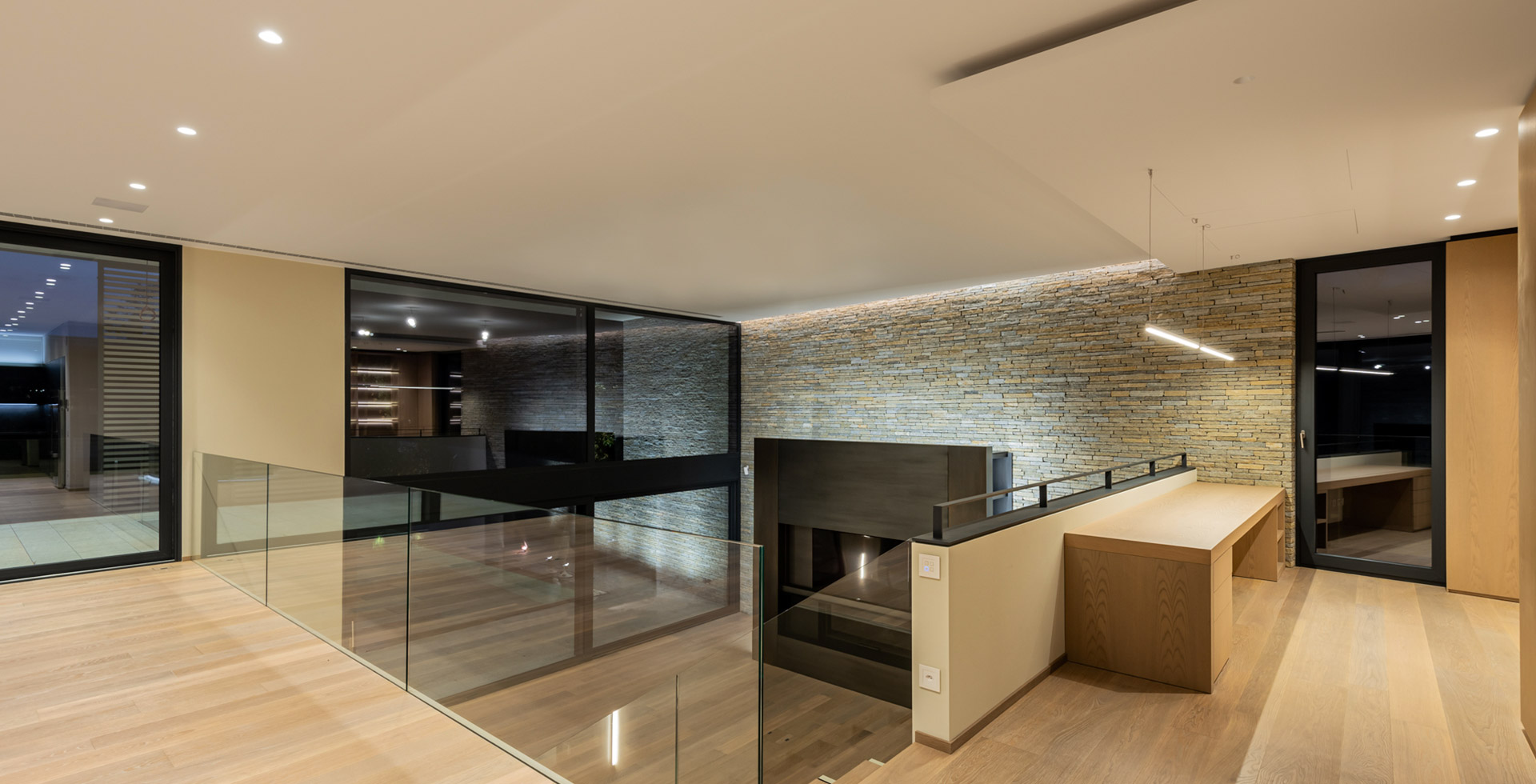 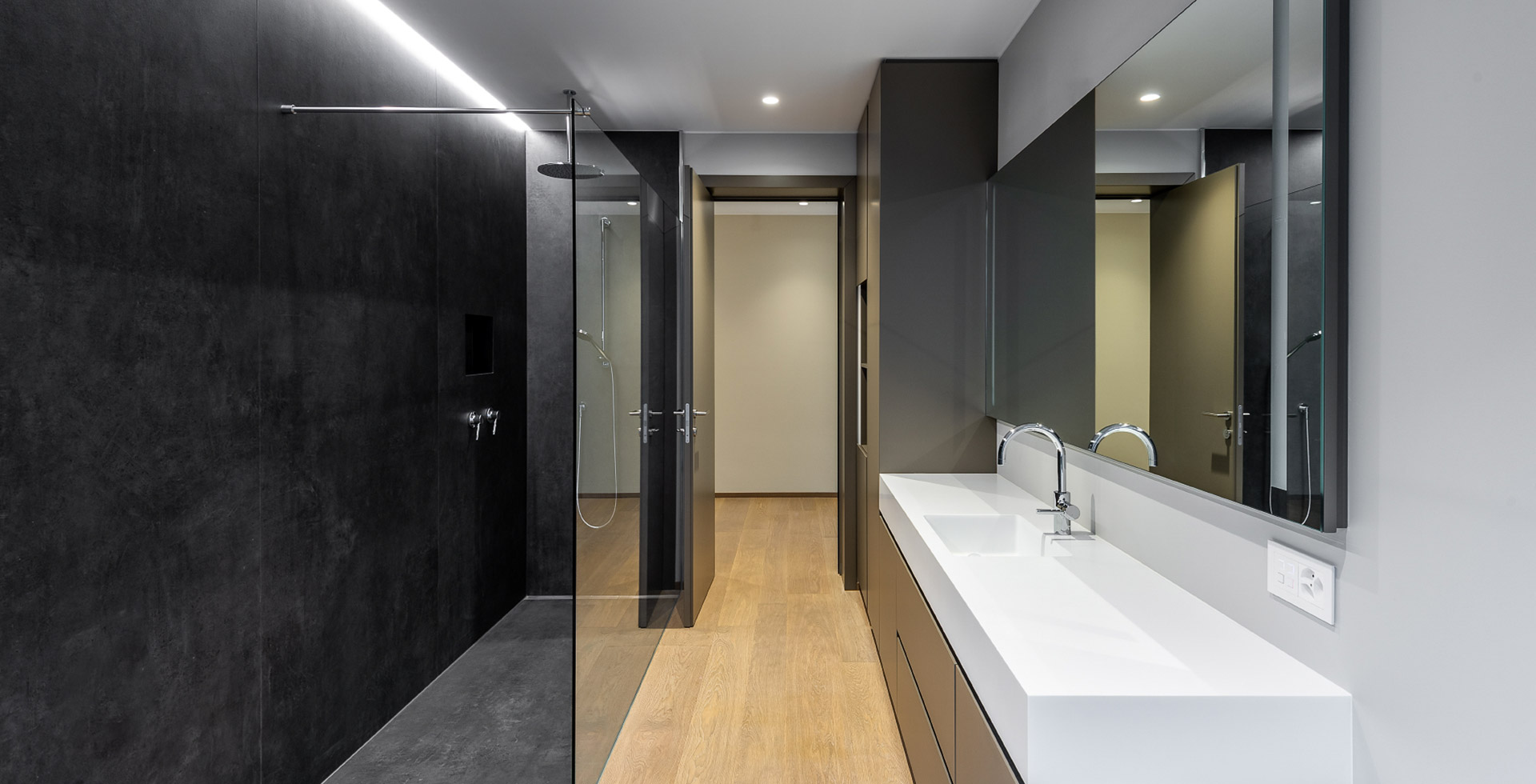 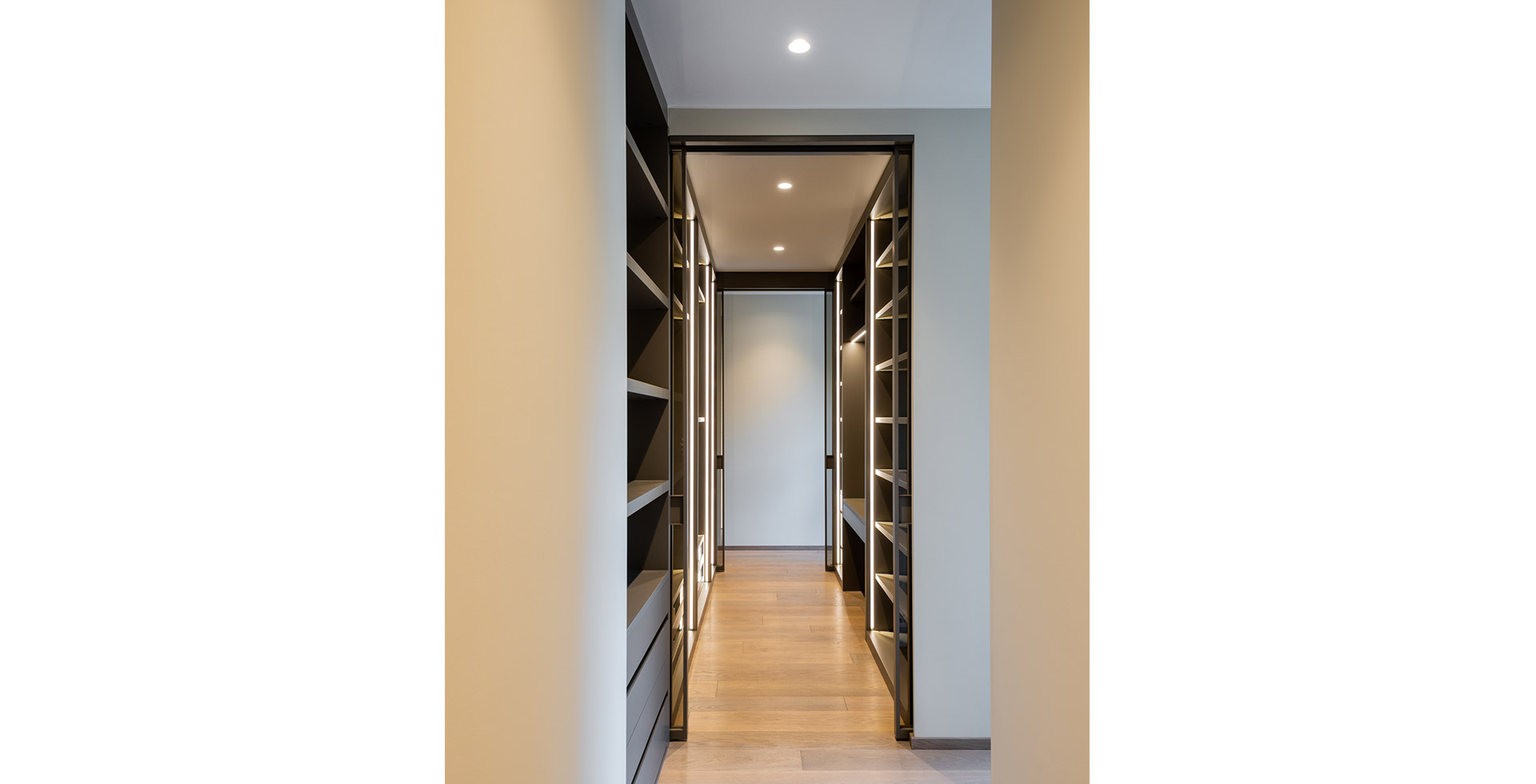 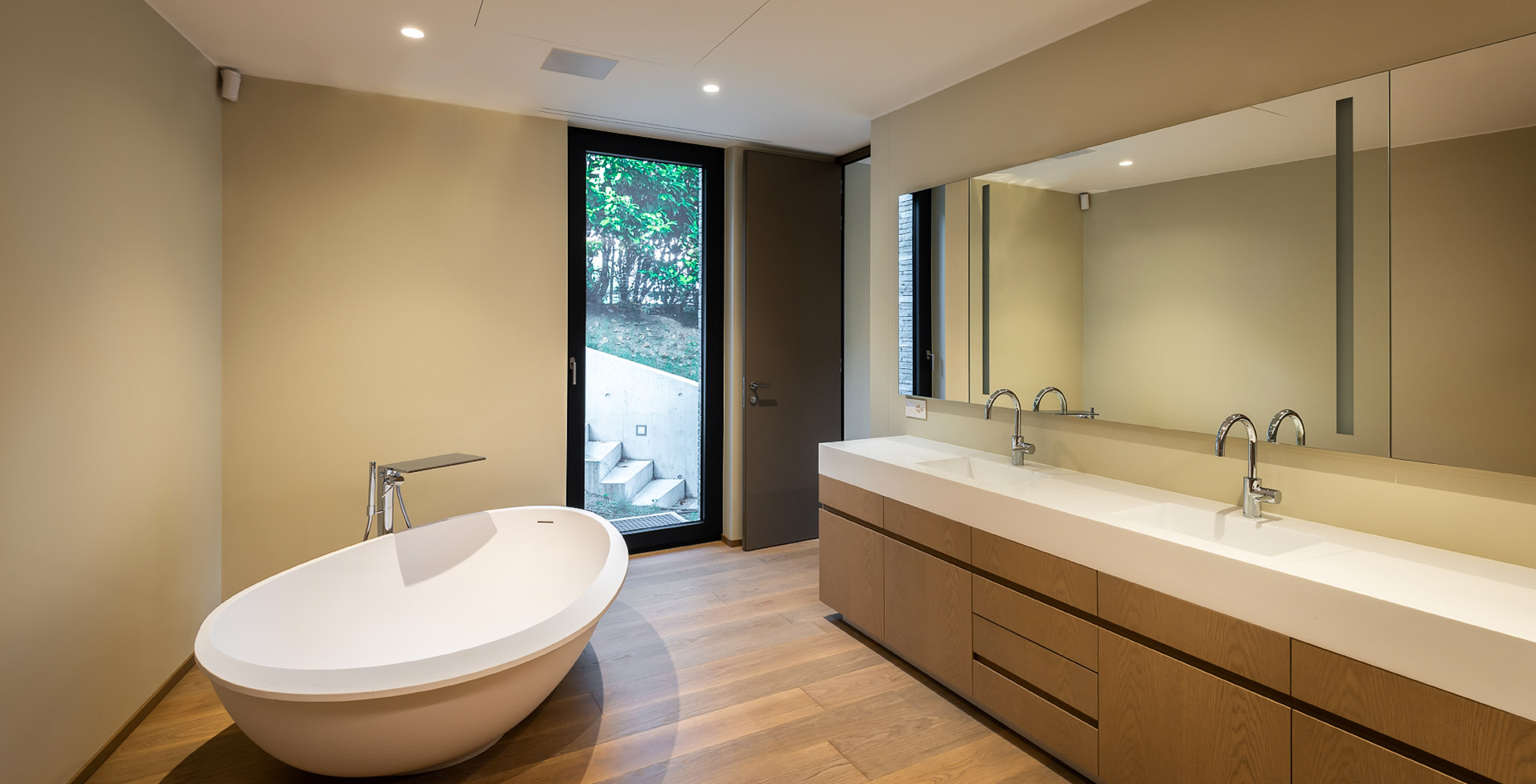 B LIGHT illuminates a new private villa on a hillside overlooking a lake. With its straight lines and volumes, the building’s modern architecture is enhanced by B LIGHT luminaires that illuminate both the exterior and interior areas of the house.

In the large garden, MEROPE 100 OP luminaires were used for a diffused illumination of the shrubs; some plants required a more pronounced light with a defined beam, in this case MAIA DUO, an adjustable outdoor projector, was used to create this desiered effect.

The hedge overlooked by one of the bathrooms was illuminated using BUTTON 100 DO, a recessed floor luminaire which, thanks to the thickness of the tempered glass, provides diffused glare-free light, an essential feature considering the large windows nearby from which the hedge can be observed.

Thanks to the use of BUTTON, the luminous effect obtained is a soft light that emphasizes the green of the plants, this effect is pleasant to observe from inside the bathroom because there is no glare.

The wall running along the perimeter of the swimming pool was illuminated by ATRIA IN; for the porticos ATRIA X1 R was used, due to the height of the building a powerful downlight was necessary to illuminate the passageways. The same luminaire was also used for the door and the interior of the garage.

Inside the building, INSIDE 75 R is a downlight that perfectly blends with the modern, minimalist architecture thanks to its flush installation on plasterboard.

The INSERTO family was used in various areas of the project where a linear product with diffuse light was needed, such as cove lighting or luminous elements positioned on the walls of the passageways.