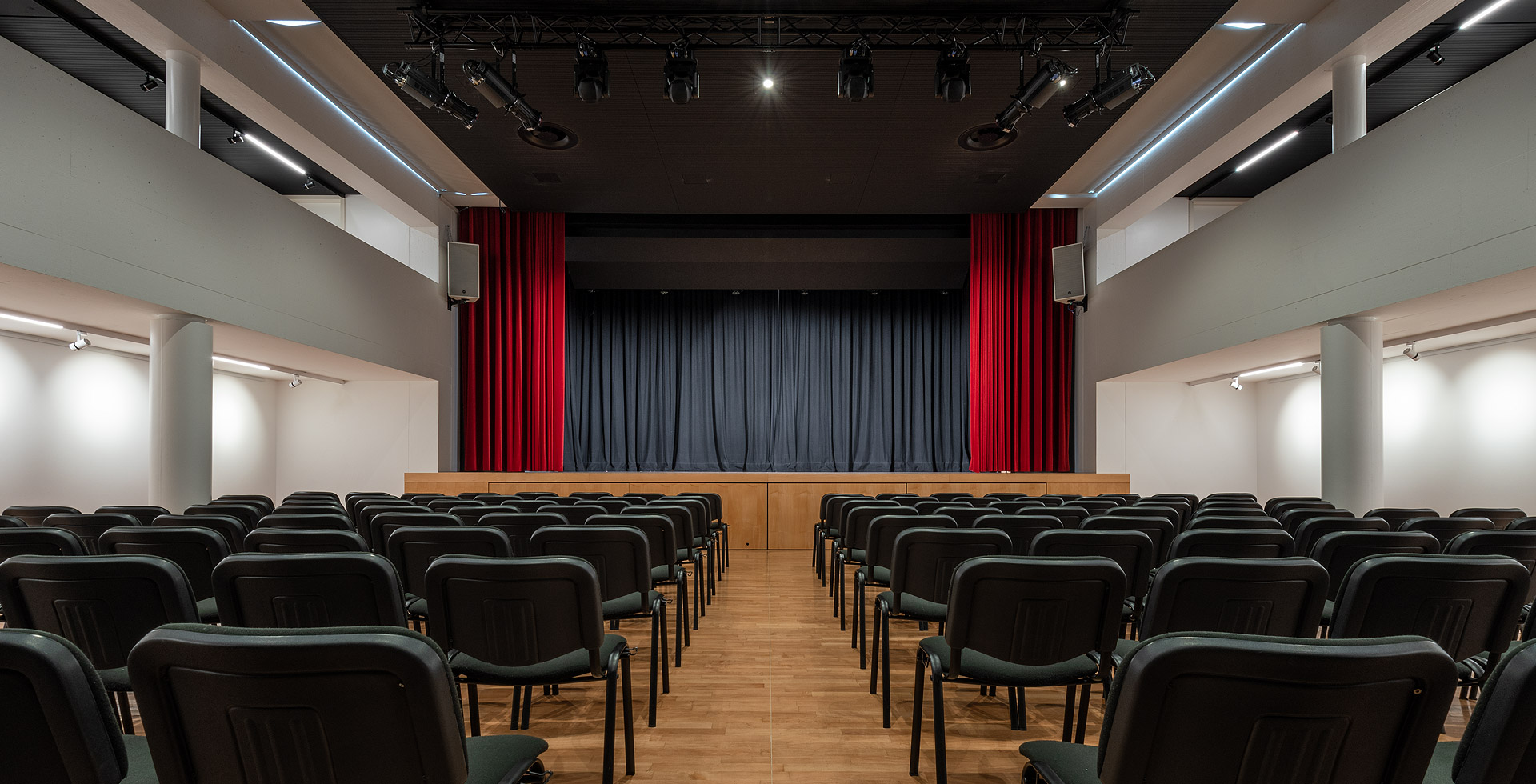 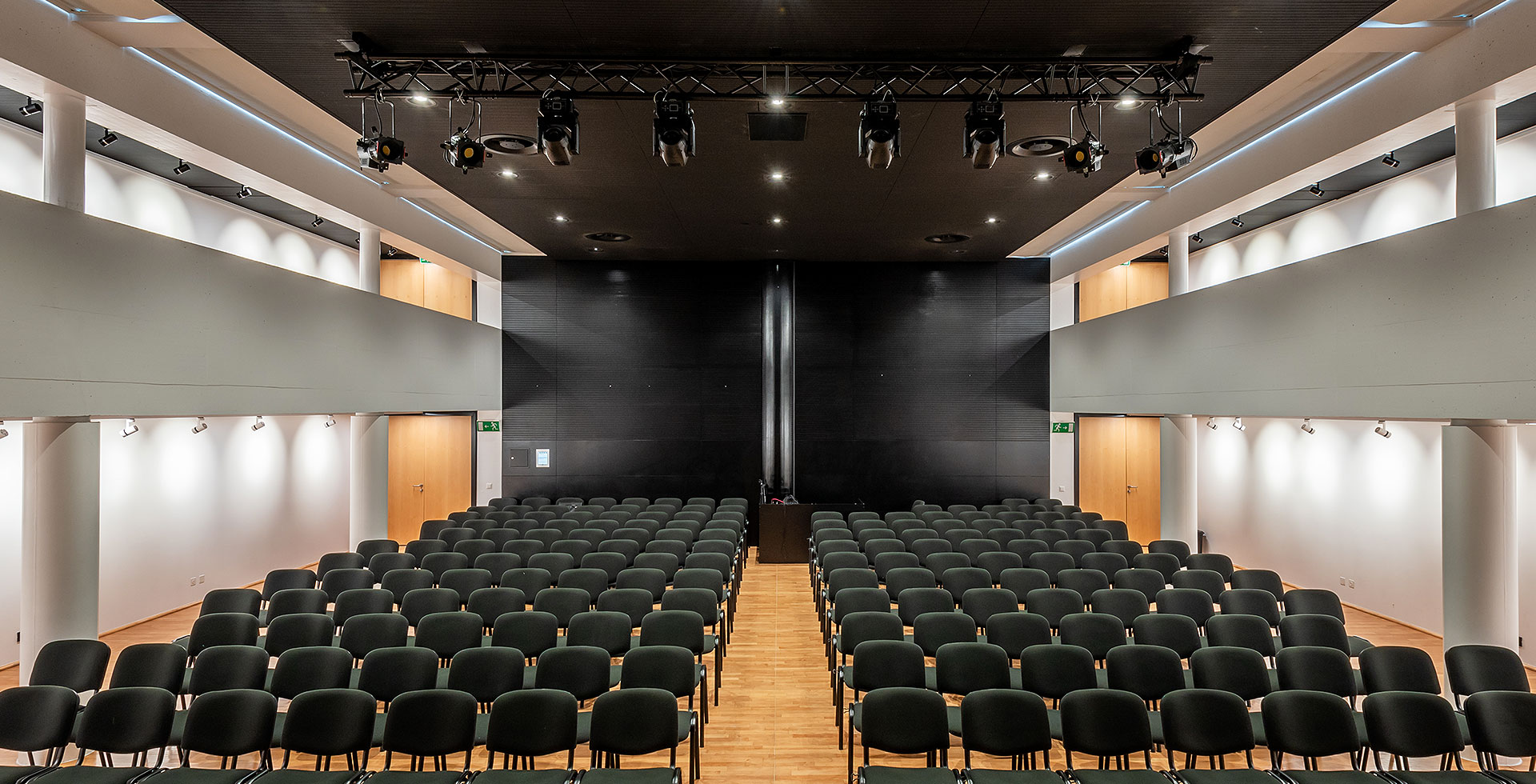 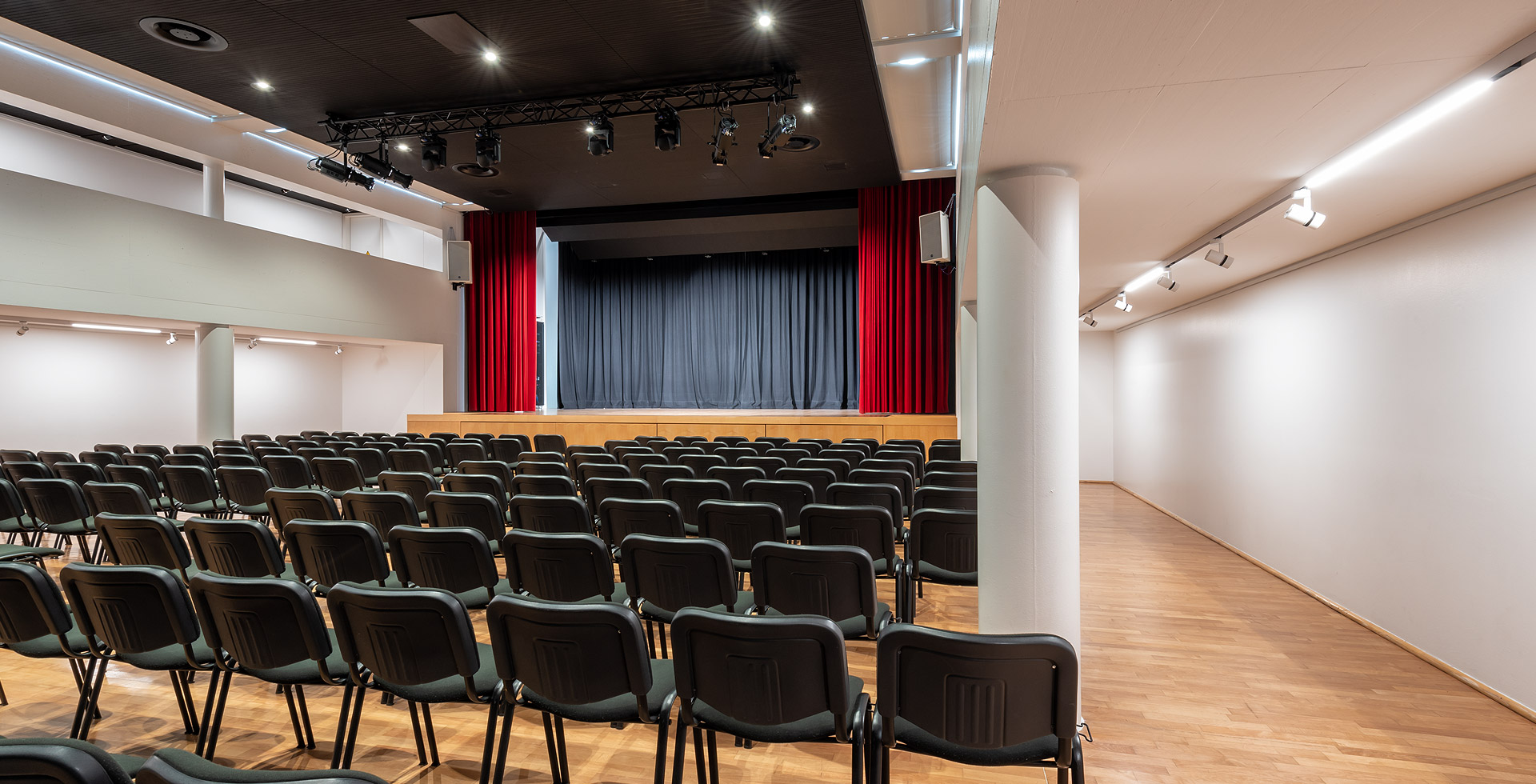 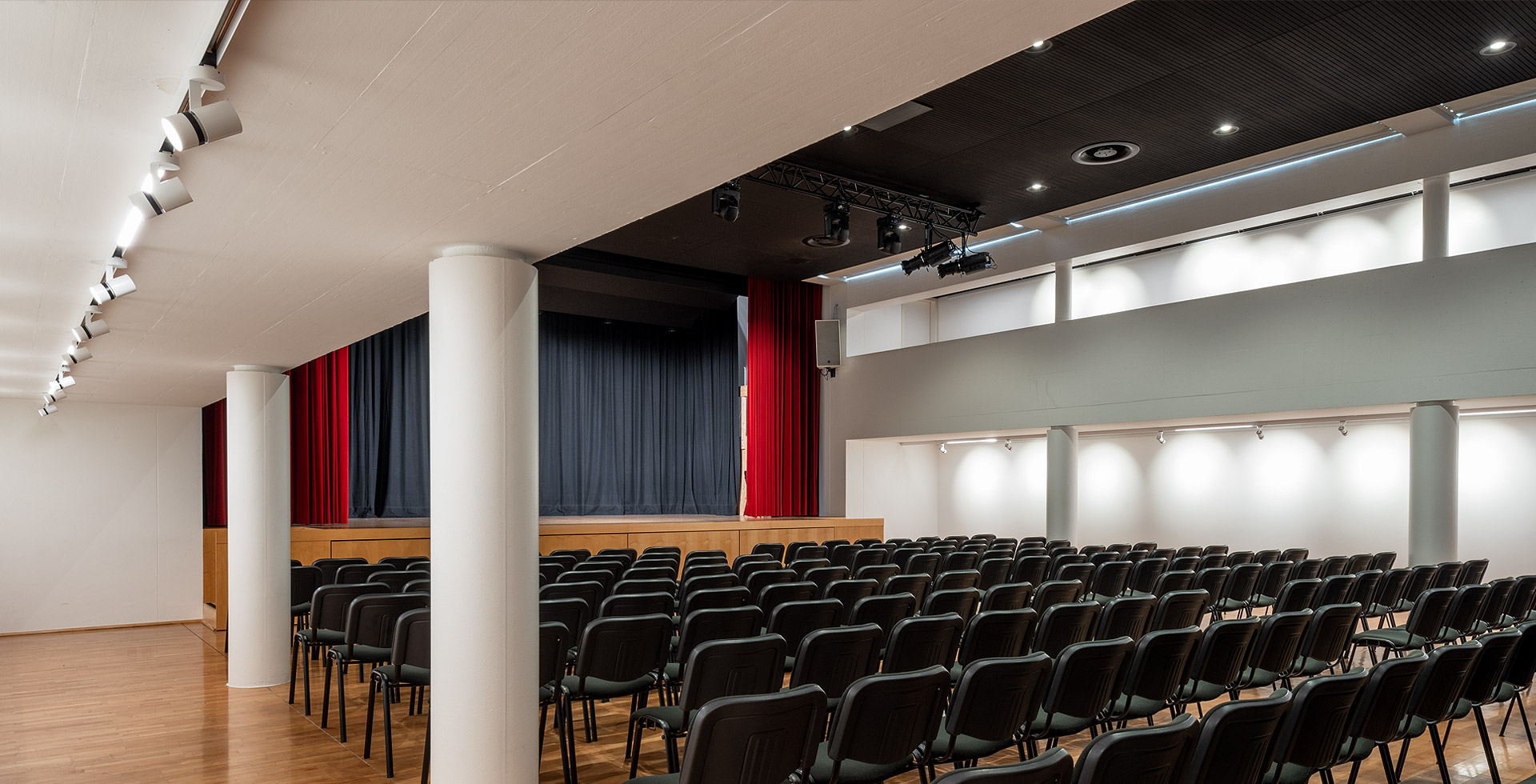 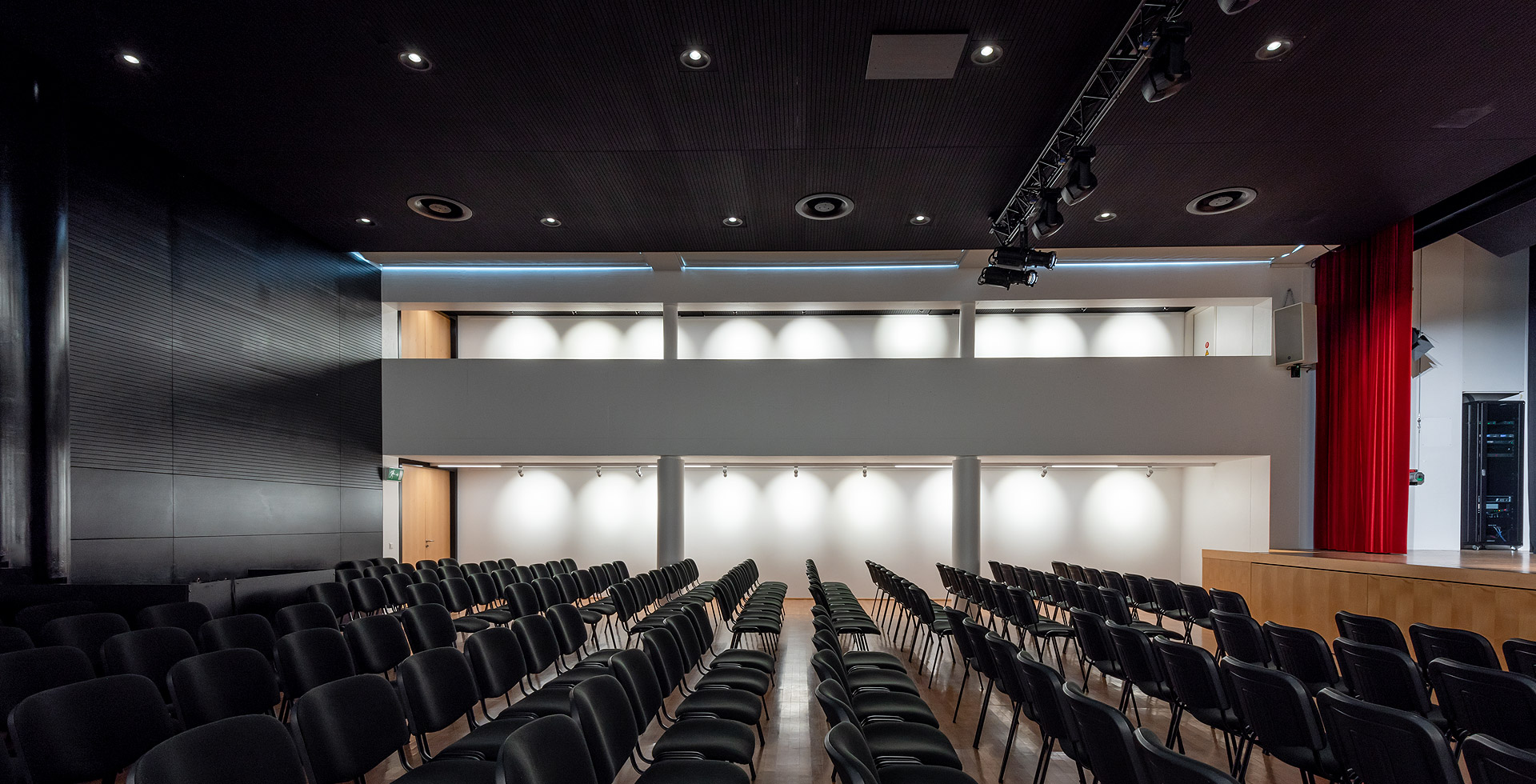 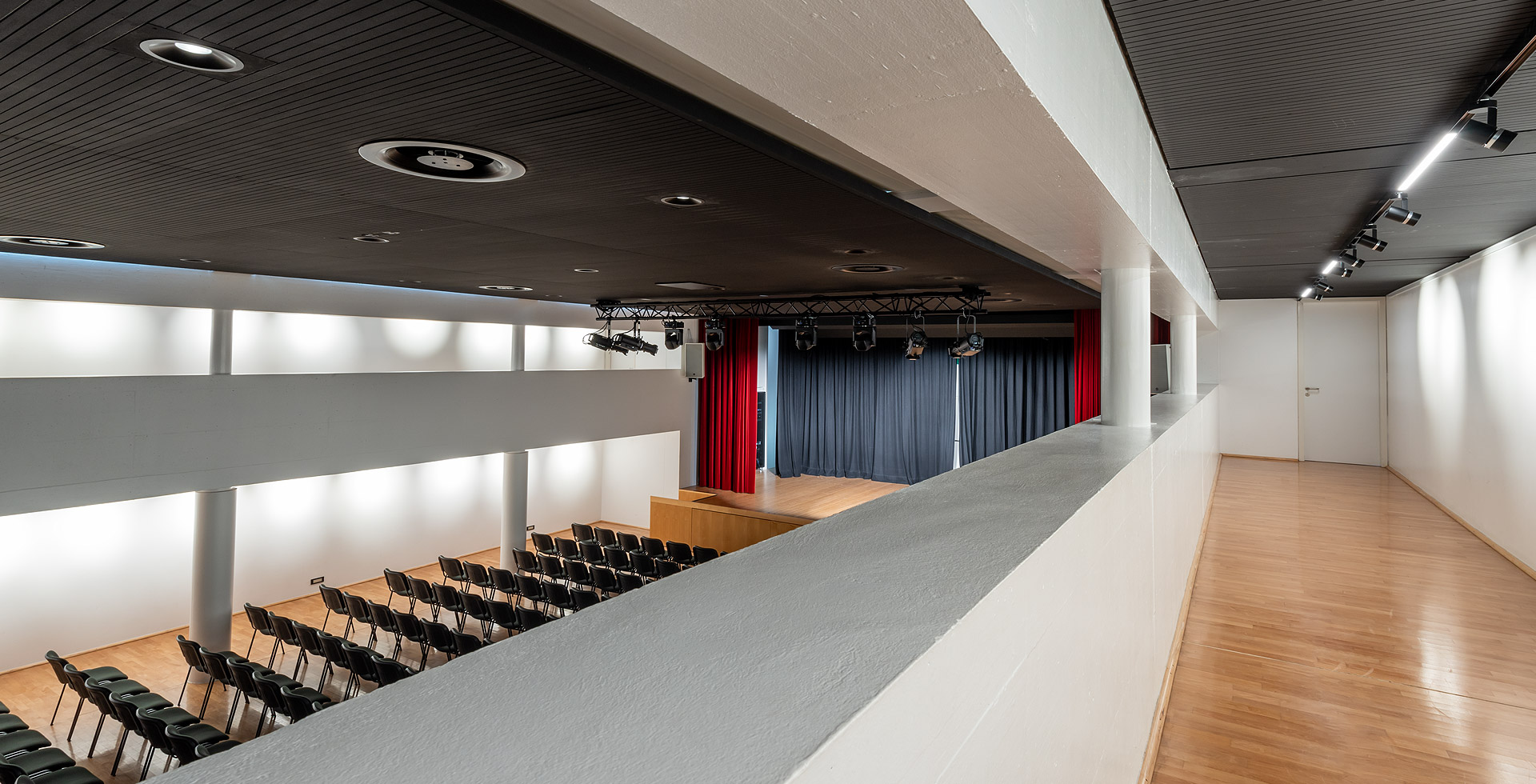 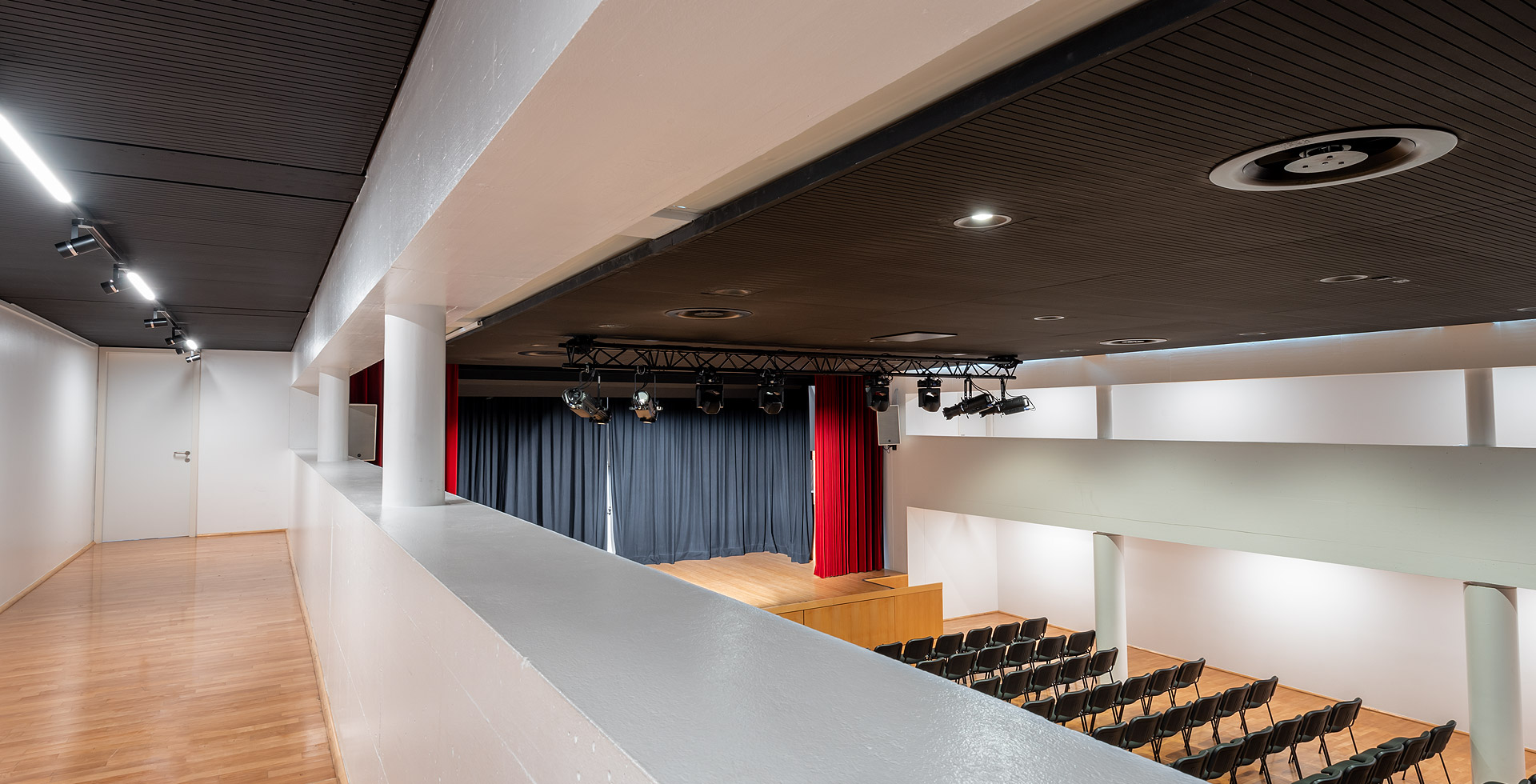 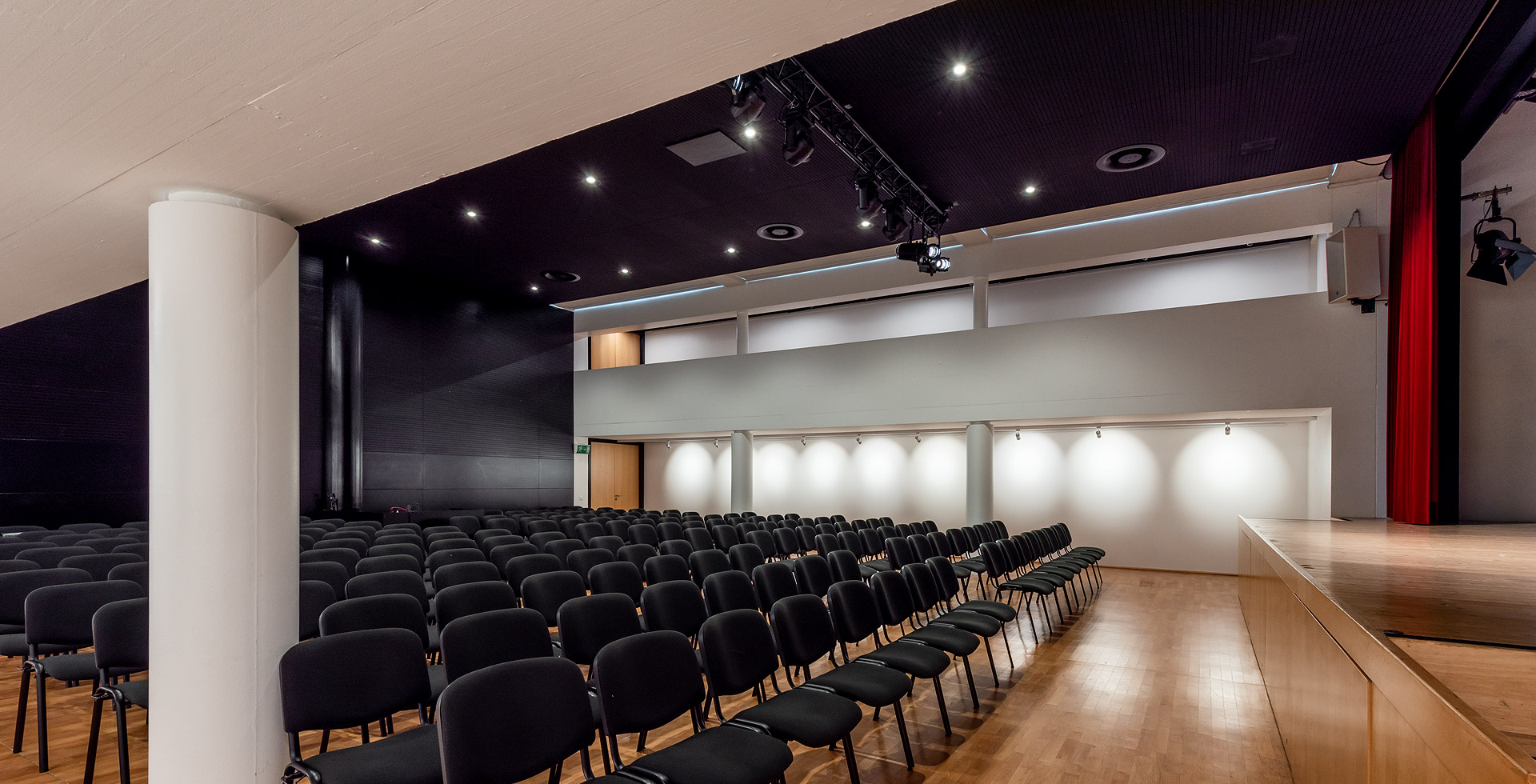 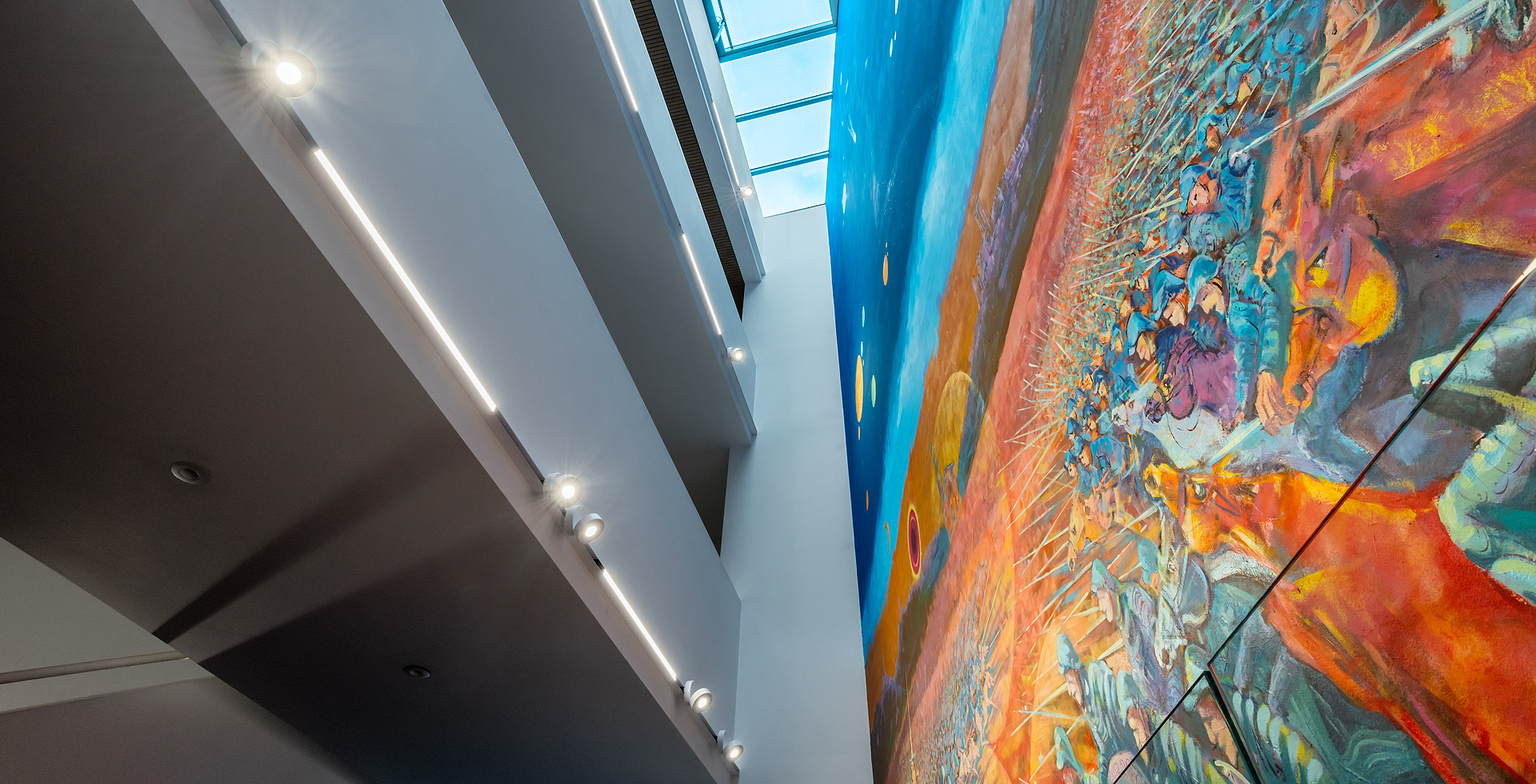 B LIGHT luminaires become protagonists of the lighting project for a new Theatre in Arbore-Castione, Switzerland. Being a purely functional space, with an architecture that incorporates the principles of Rationalism, this building required a lighting project that could give movement and drama to its regular geometries.

The two side walls are lit by a series of light cones, obtained by means of medium beam cylindrical projectors CYLINDER 65 installed on THE MAGNET TRACK, in its ceiling version. To ensure sufficient light in the corridors and passageways, INSERTO SMALL TRACK has been used along the cylindrical projectors, providing a sufficient amount of light with its homogeneous and diffused light distribution.

All the installed luminaires have a color rendering value of CRI93, a feature that particularly enhances the large artwork covering the entire height of the stairwell, giving naturalness and realism to its colors. Once again, The Magnet Track has been used used together with INSERTO SMALL TRACK and MUSHROOM MEDIUM.

Finally, for direct lighting ATLAS XS R and a custom version of ATLAS X3 R – with an increased bezel diameter – were used for direct lighting; the latter guarantees a sufficient amount of light despite the mounting height, thanks to a power of 28W. ELLIPSE 100 has been used to light the stairs.

A project that highlights the importance of light in the perception and enhancement of architectural spaces, especially when it comes to extremely linear and essential forms as in the case of this theatre.