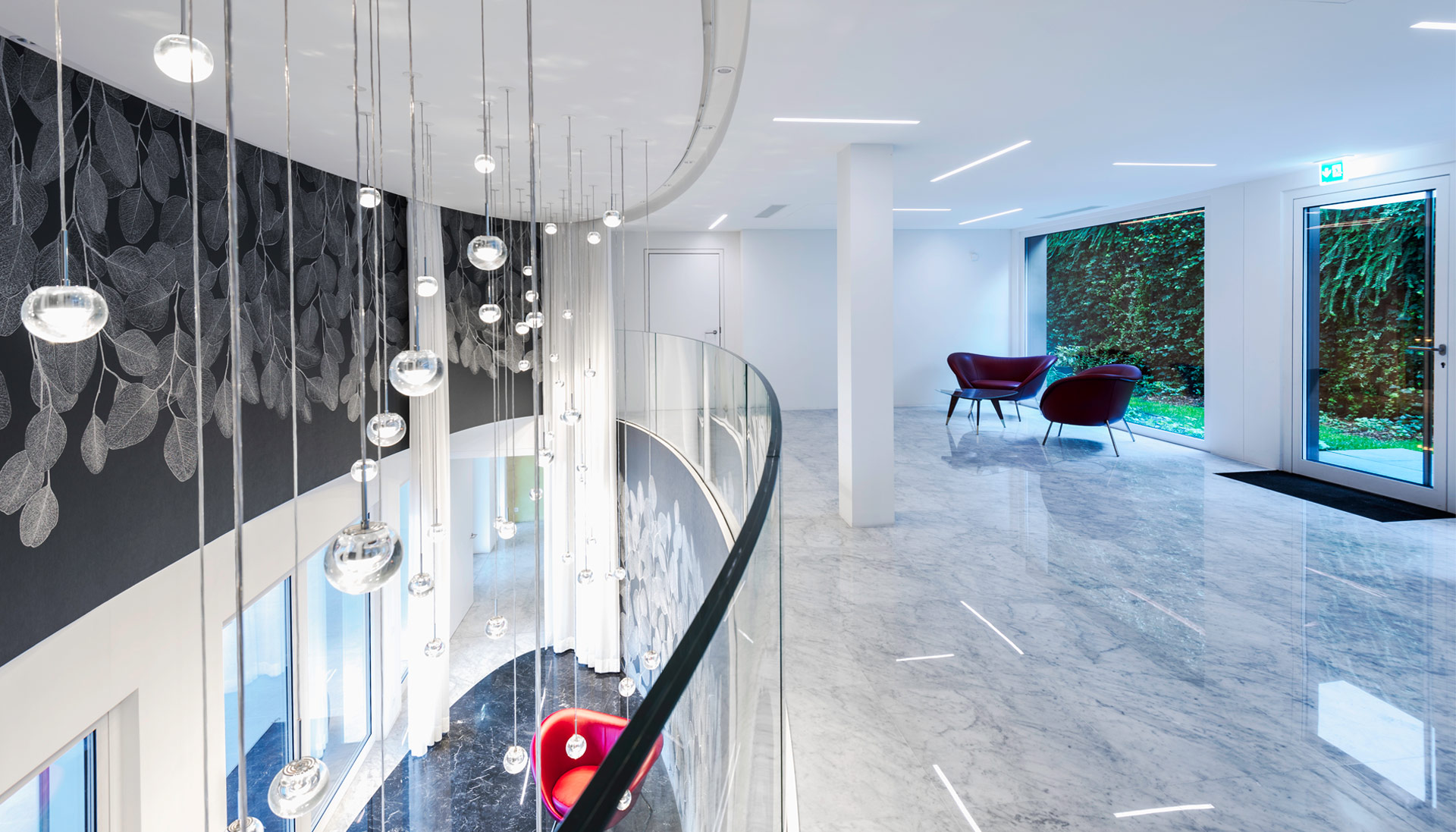 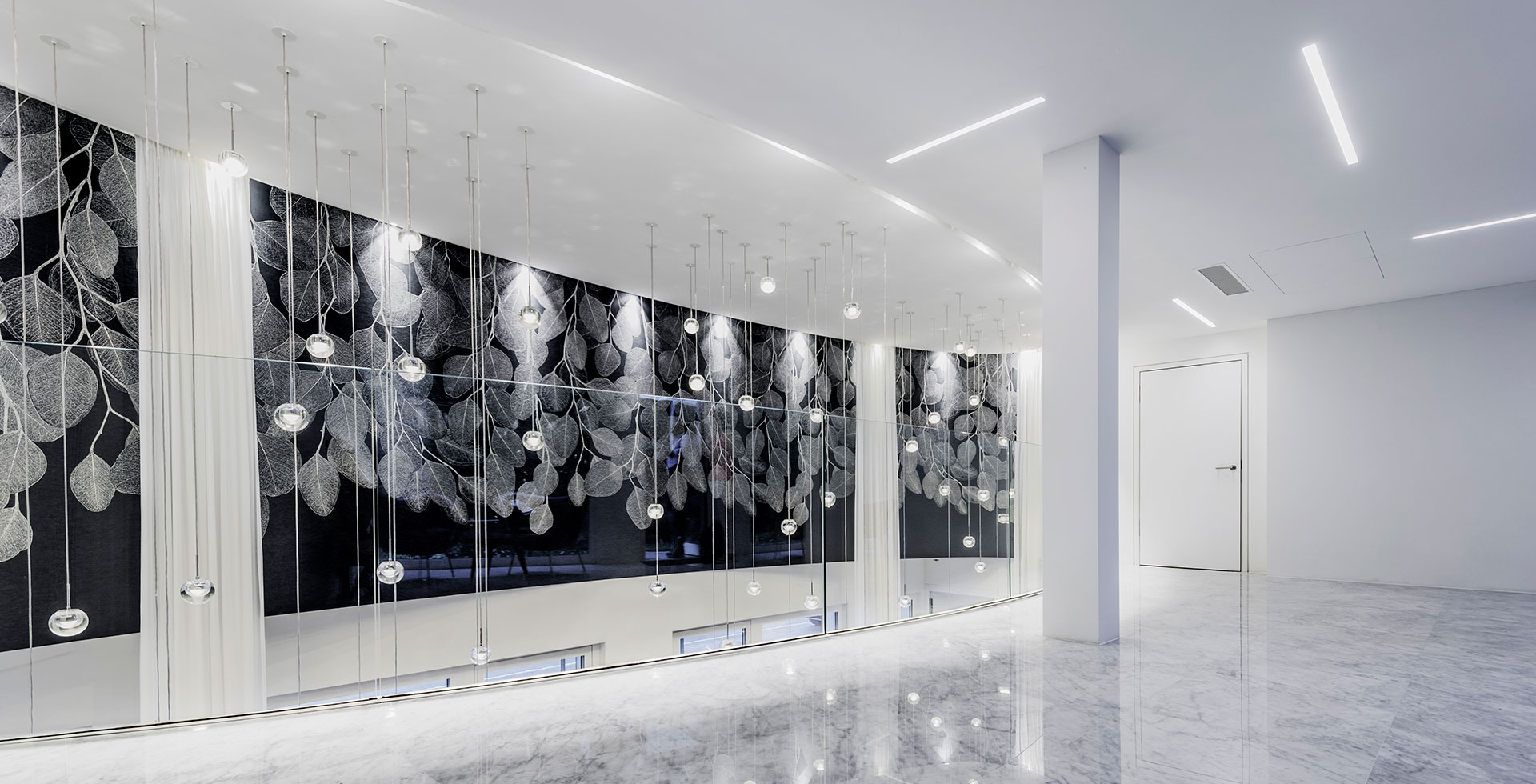 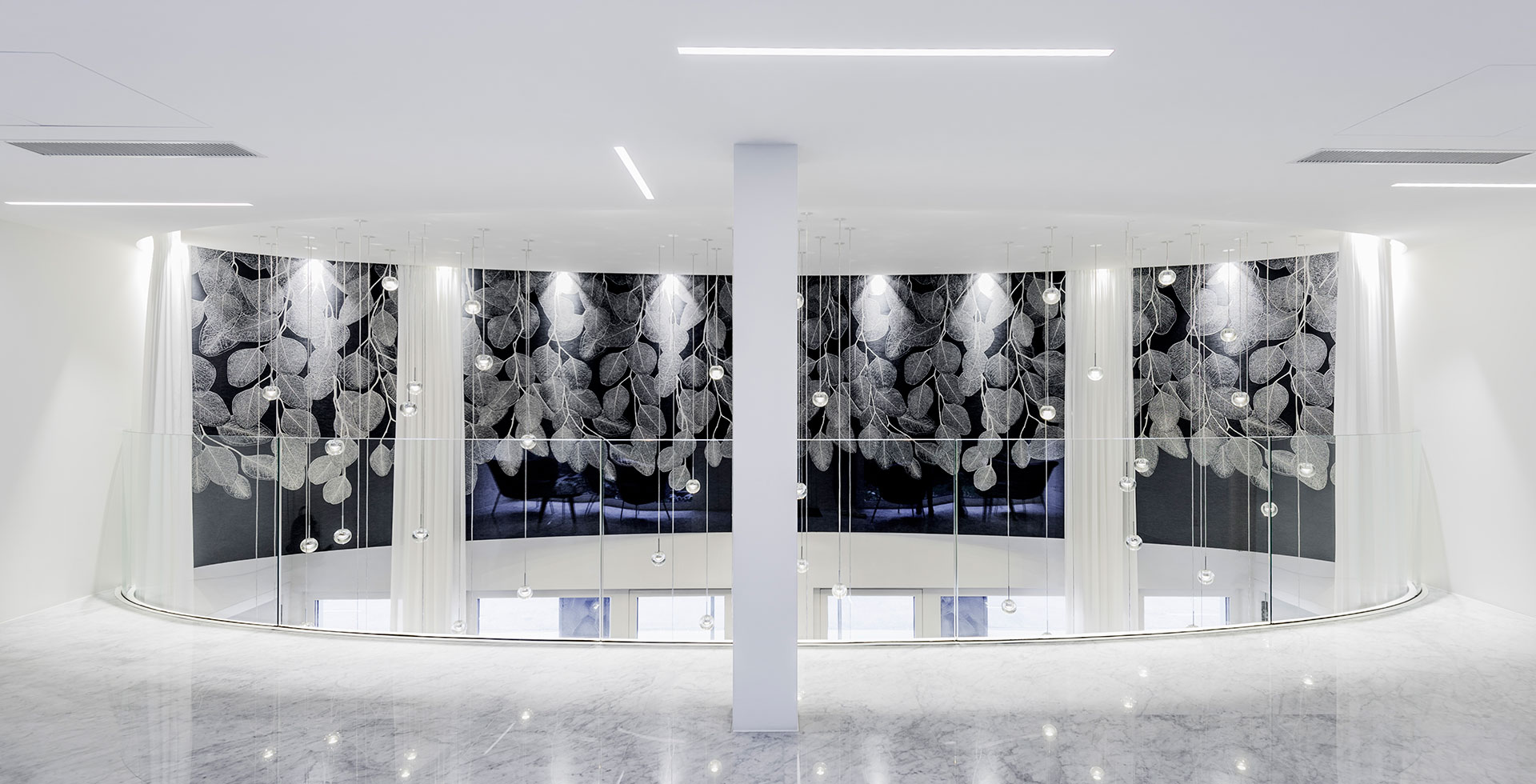 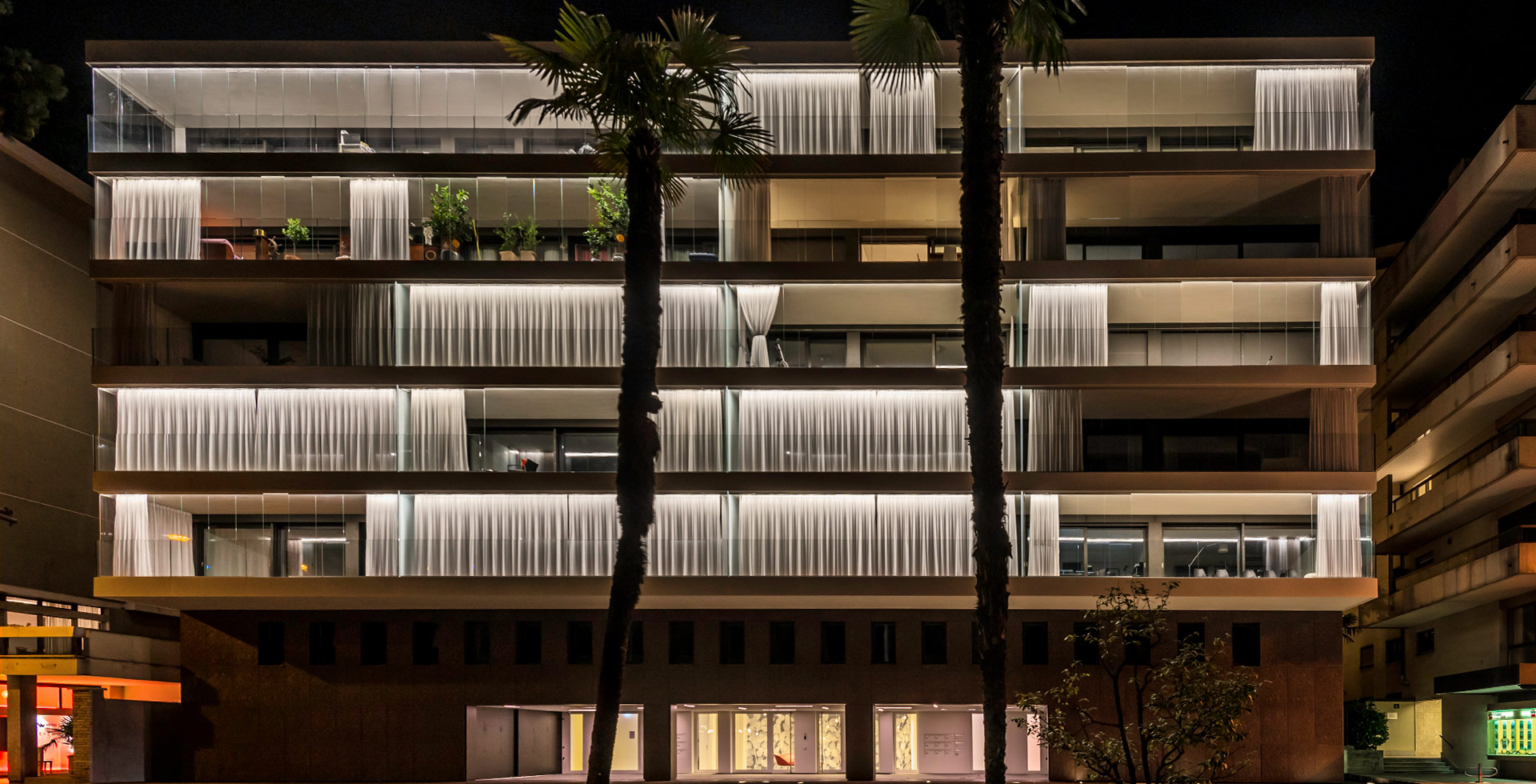 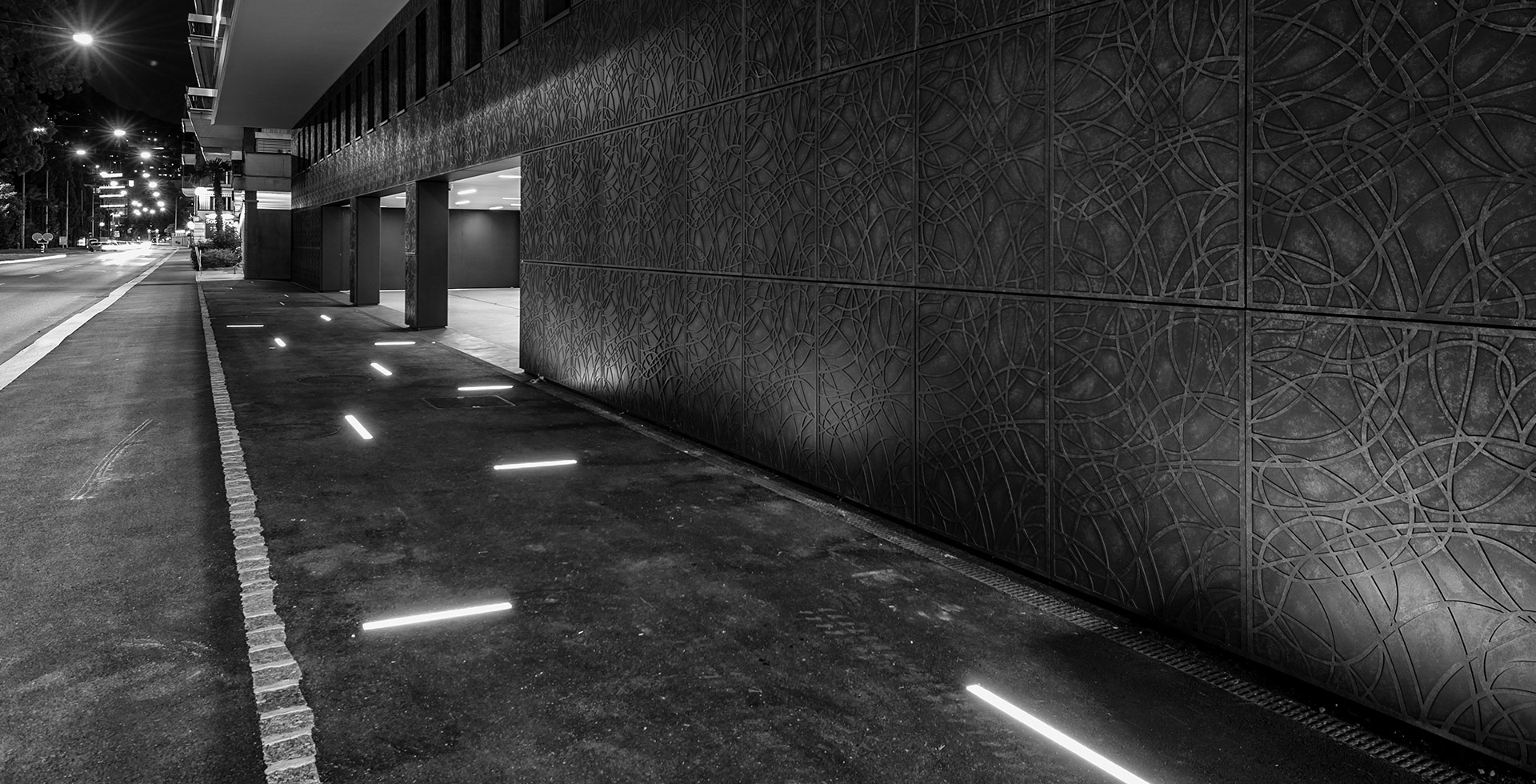 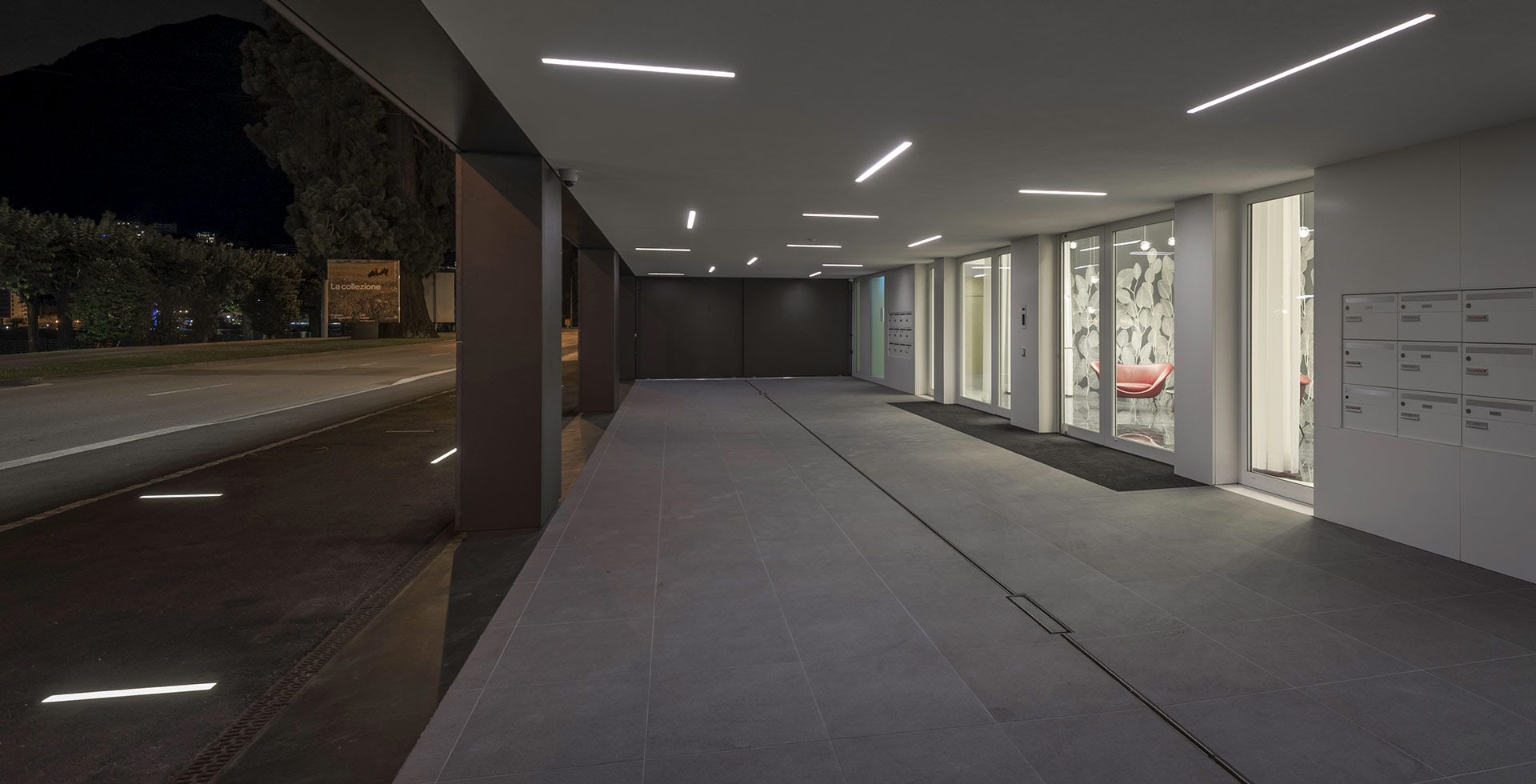 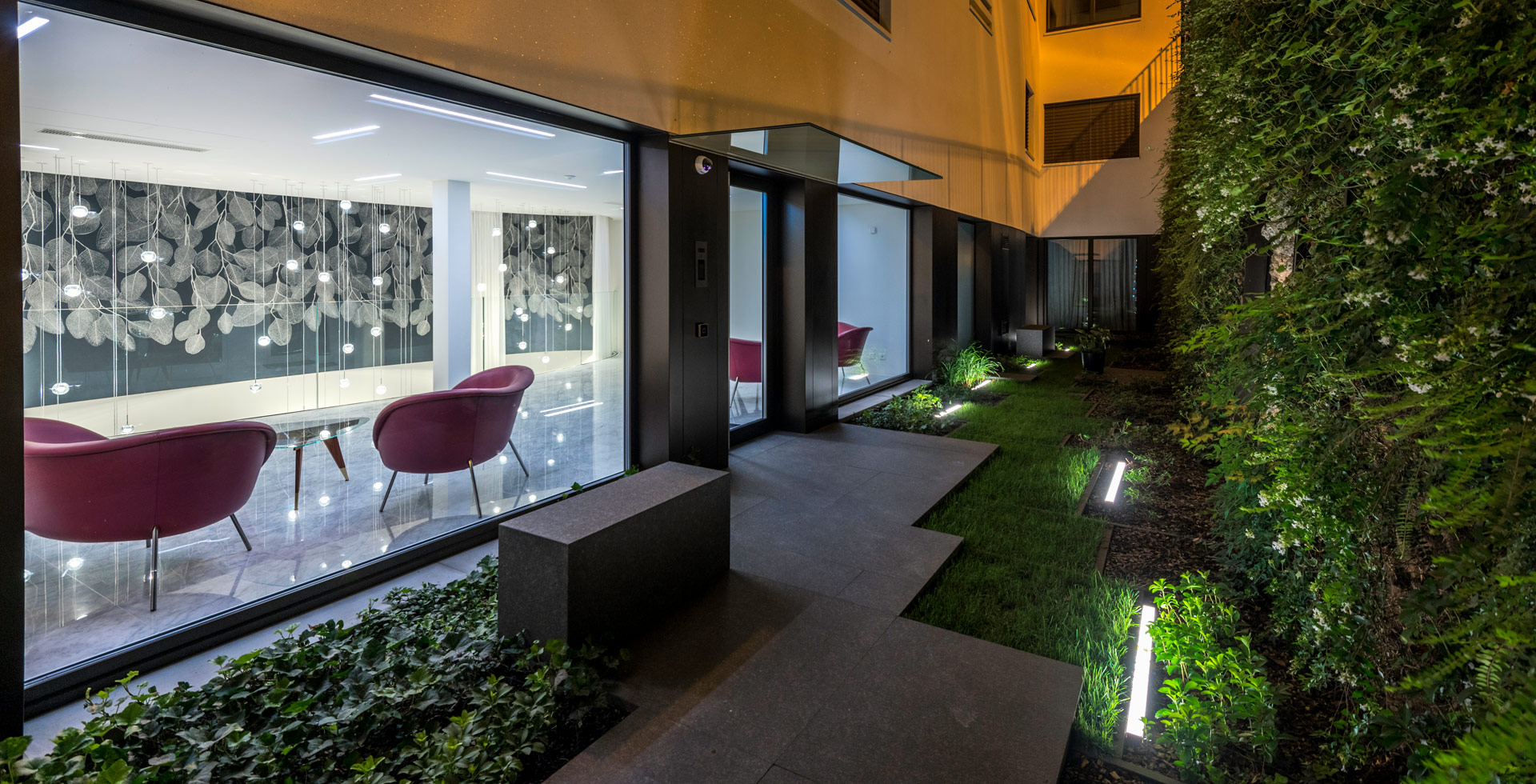 CUTTING-EDGE TECHNOLOGY AND ELEGANCE: B LIGHT LIGHTS UP THE NEW RIVA CACCIA RESIDENCE

A perfect mix between cutting-edge technology and minimal design: B LIGHT, leading producer of LED luminaires, gives light to a new architectural project on the shores of Lake Lugano (CH).

Riva Caccia building, a modern and elegant structure, stands a stone’s throw away from the city center, in an elegant residential area directly across the lake. The project, completed at the beginning of 2017, consisted in the renovation of the existing construction.

The residence, built upon seven floors, composed of eighteen apartments and several common areas, proposes not only a new layout but also a new lighting concept that welcomes in a spacious and refined environment. The lighting project’s aim was to illuminate discreetly but precisely the clean and geometric lines and to highlight the architectural elements of the structure. Thanks to its minimal design and high performance, B LIGHT’s luminaires meet this need perfectly, through amazing lighting effects.

The main façade, in front of the lake, is characterized by a spacious area, onto which the common entrance looks out. The white color which permeates both the indoor and outdoor environments is emphasized by using linear recessed luminaires from the Inserto family. Inserto Medium DO, a LED drive over luminaire, was chosen for the pavement in front of the building. The fixtures have been positioned following a geometrical pattern that alternates parallel and perpendicular lines to the façade. The same pattern was used for the ceiling lights in the entrance, inside the hall and in the common areas of the first floor, this time using Inserto Medium 65 F.

All the apartments of the Riva Caccia residence have a large balcony-loggia where the spaces are defined not only through the structural elements but also by the choreographical use of light. If you observe the façade from the lake, in fact, lighting creates geometrical games of particular effect. Inserto luminaires, installed both on the floor and on the ceiling, give the structure an eye-catching design. The interior ceiling is based on the same lighting scheme used for the exterior, alternating horizontal and vertical installation of Inserto Medium 65 F.

To further emphasize the architectural elements, Atlas XS R has been chosen, and installed so that it perfectly interacts with the space and evokes the curved line of the handrail overlooking the entrance hall.

The advanced technology of B LIGHT provides the Riva Caccia residence with a lighting that blends perfectly with the newly renovated design, emphasizing the geometric shapes of the building and enhancing its innovative character.