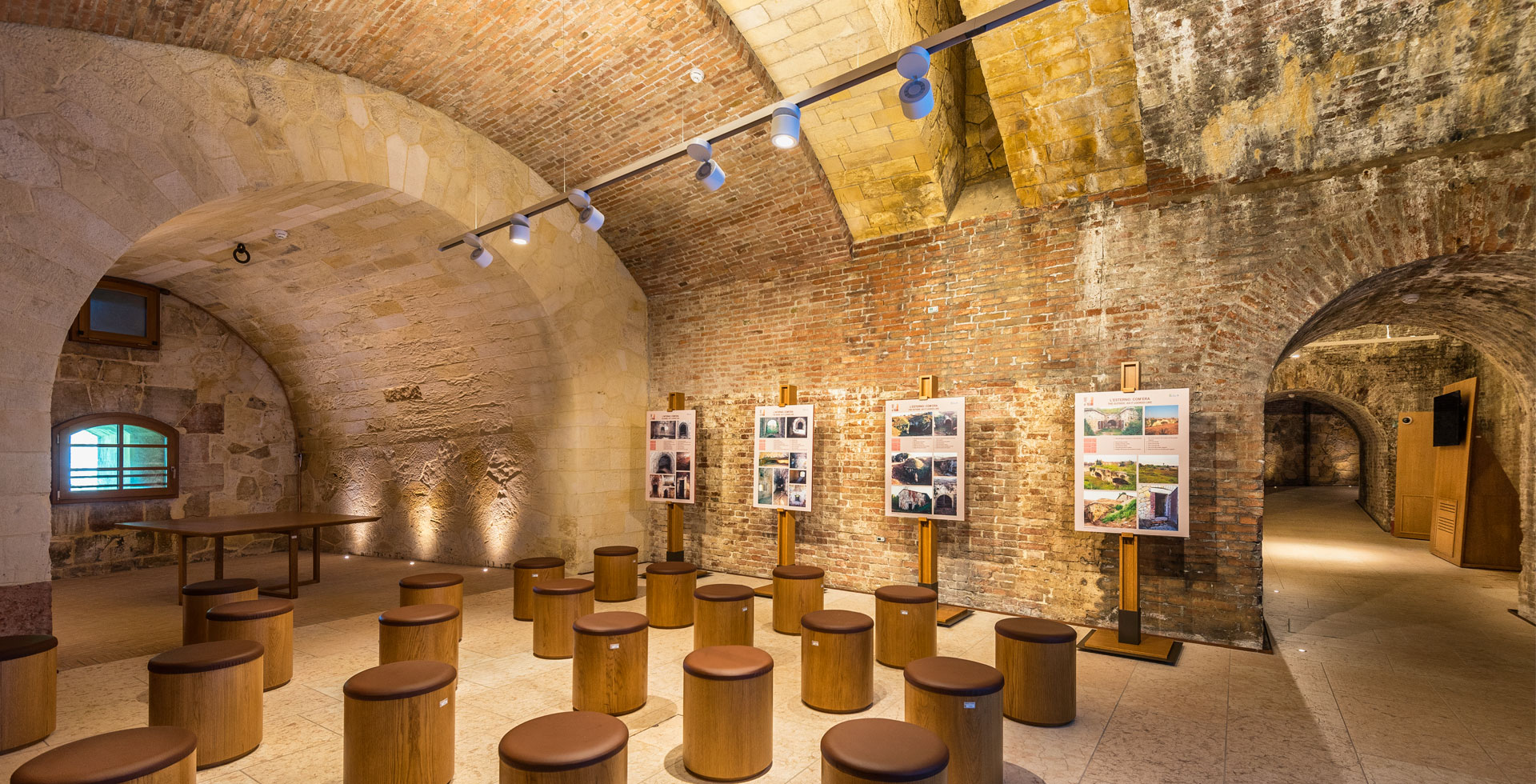 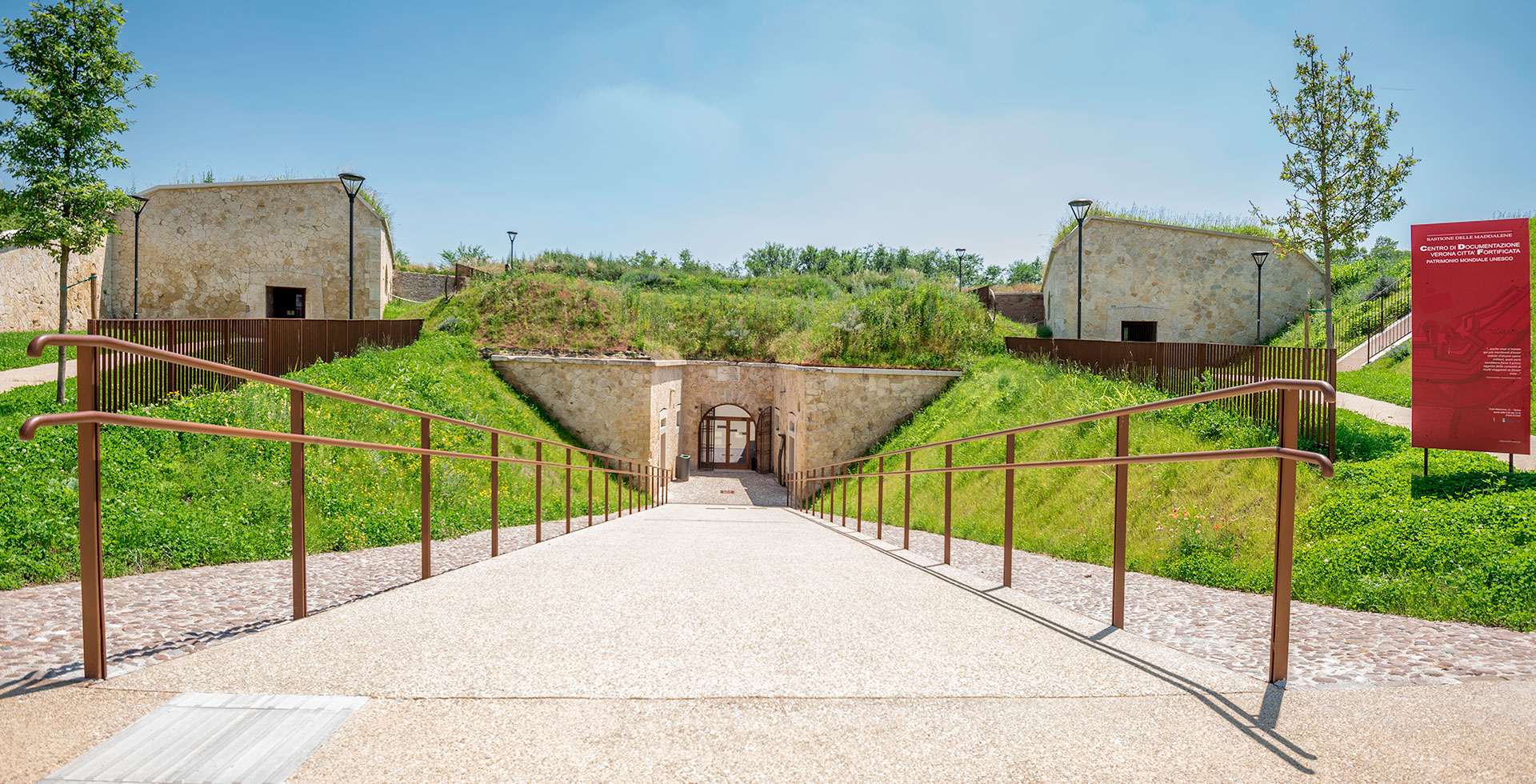 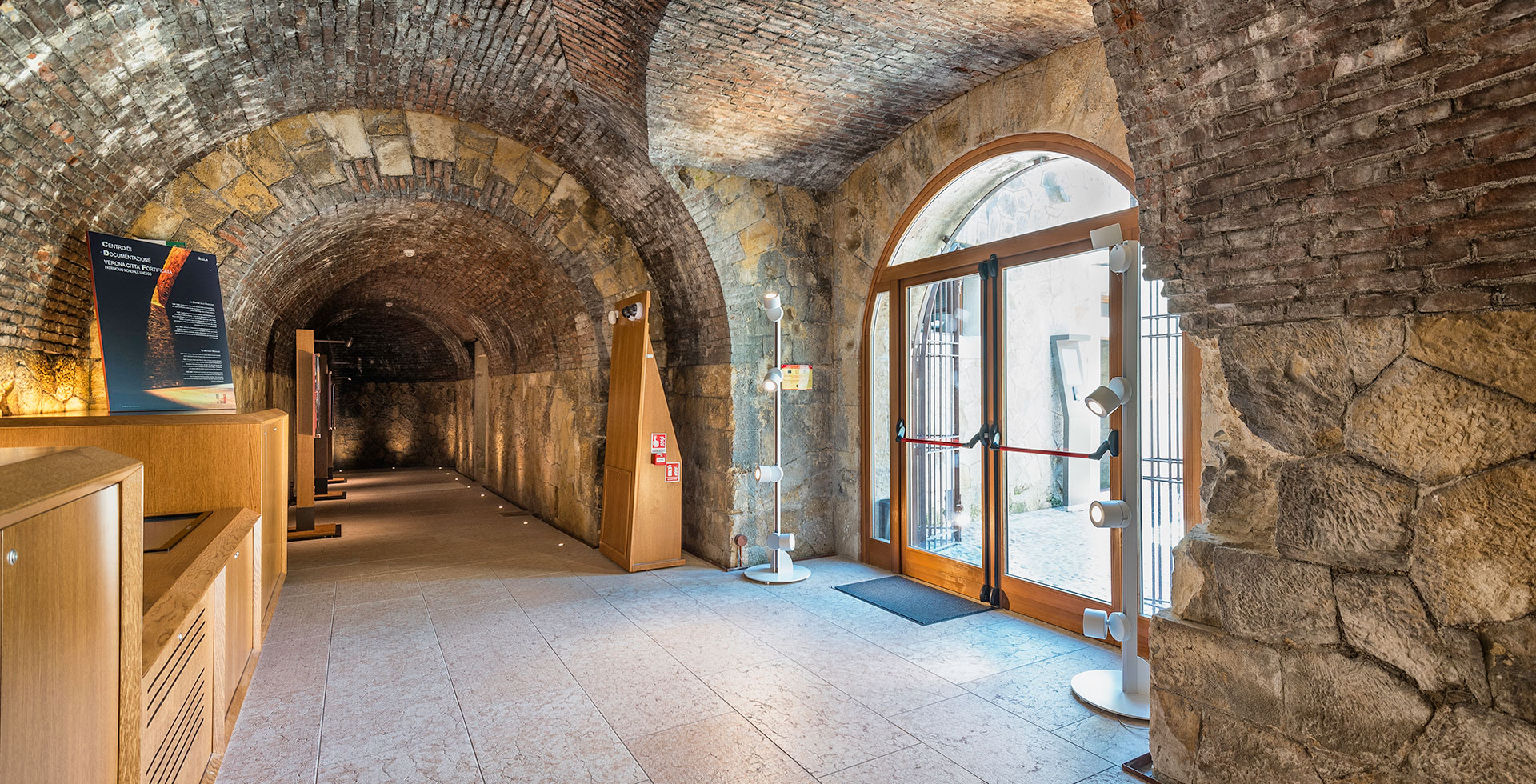 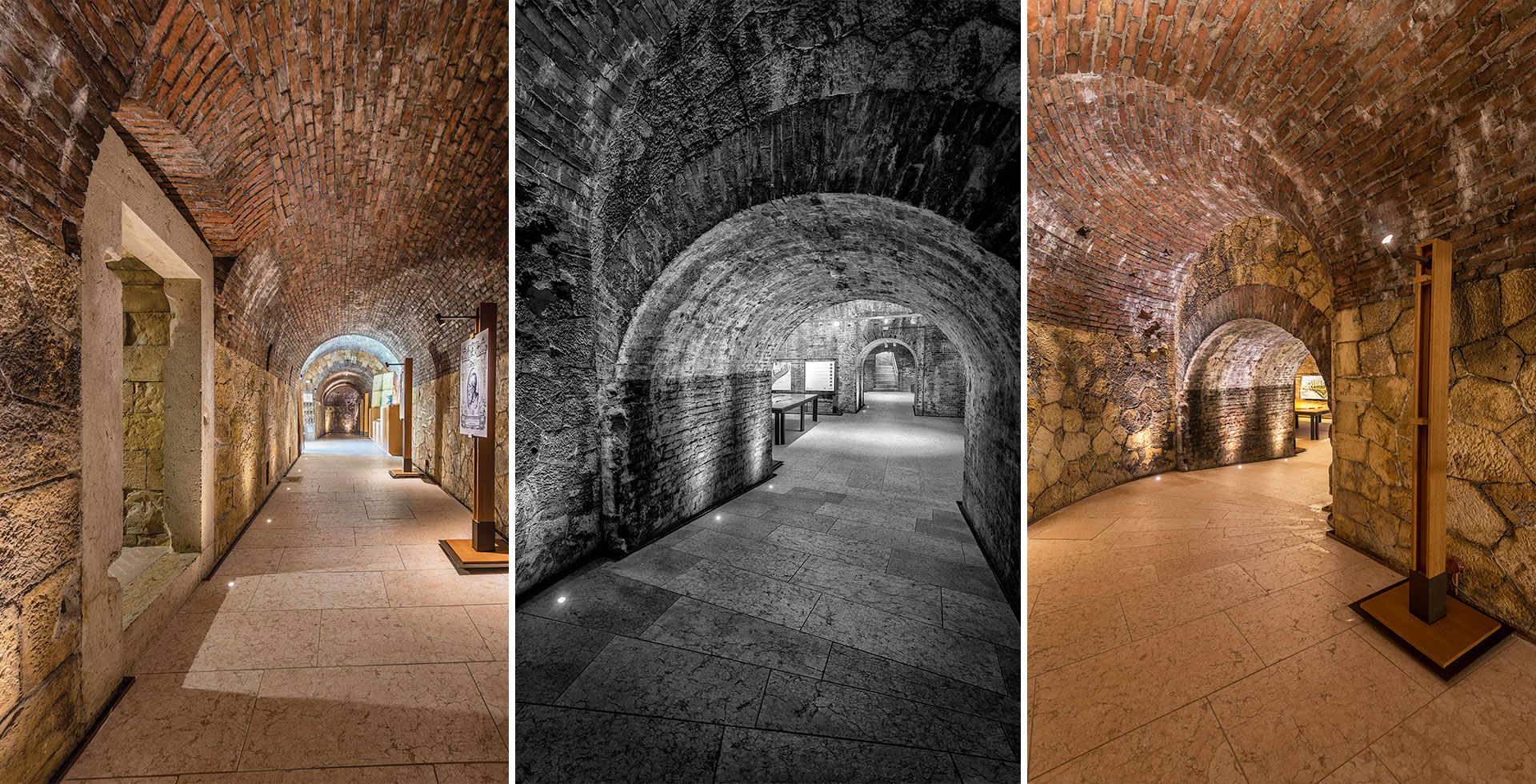 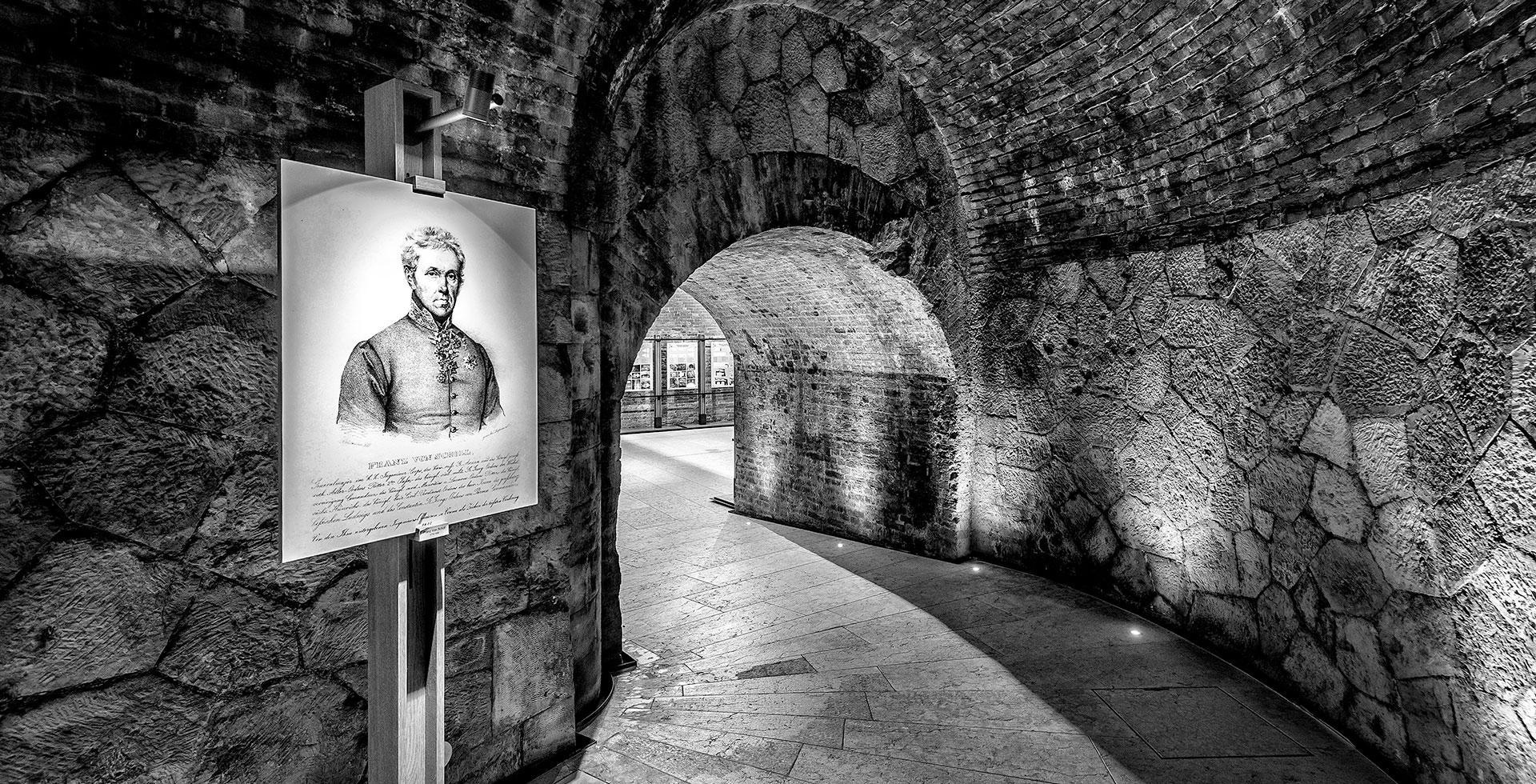 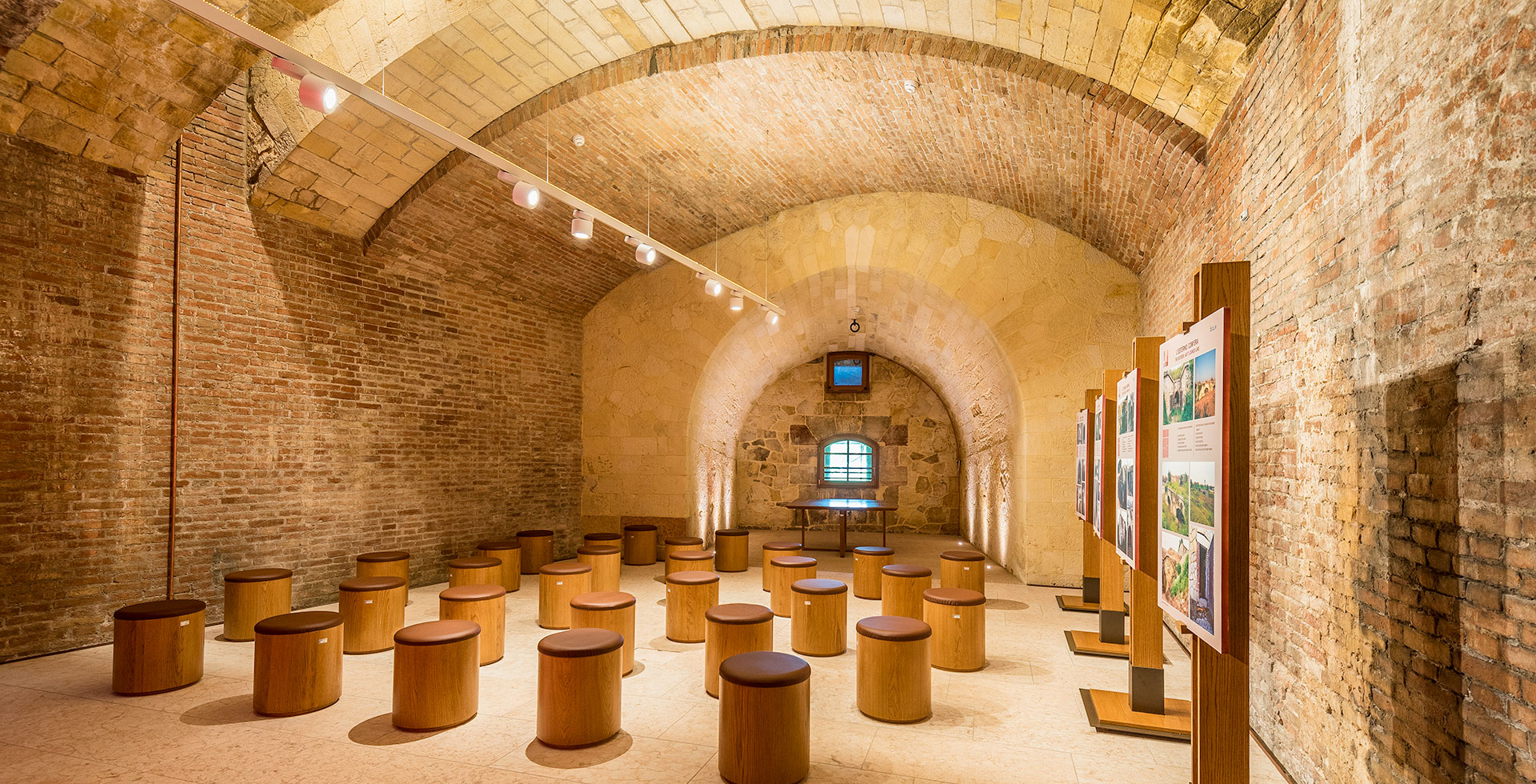 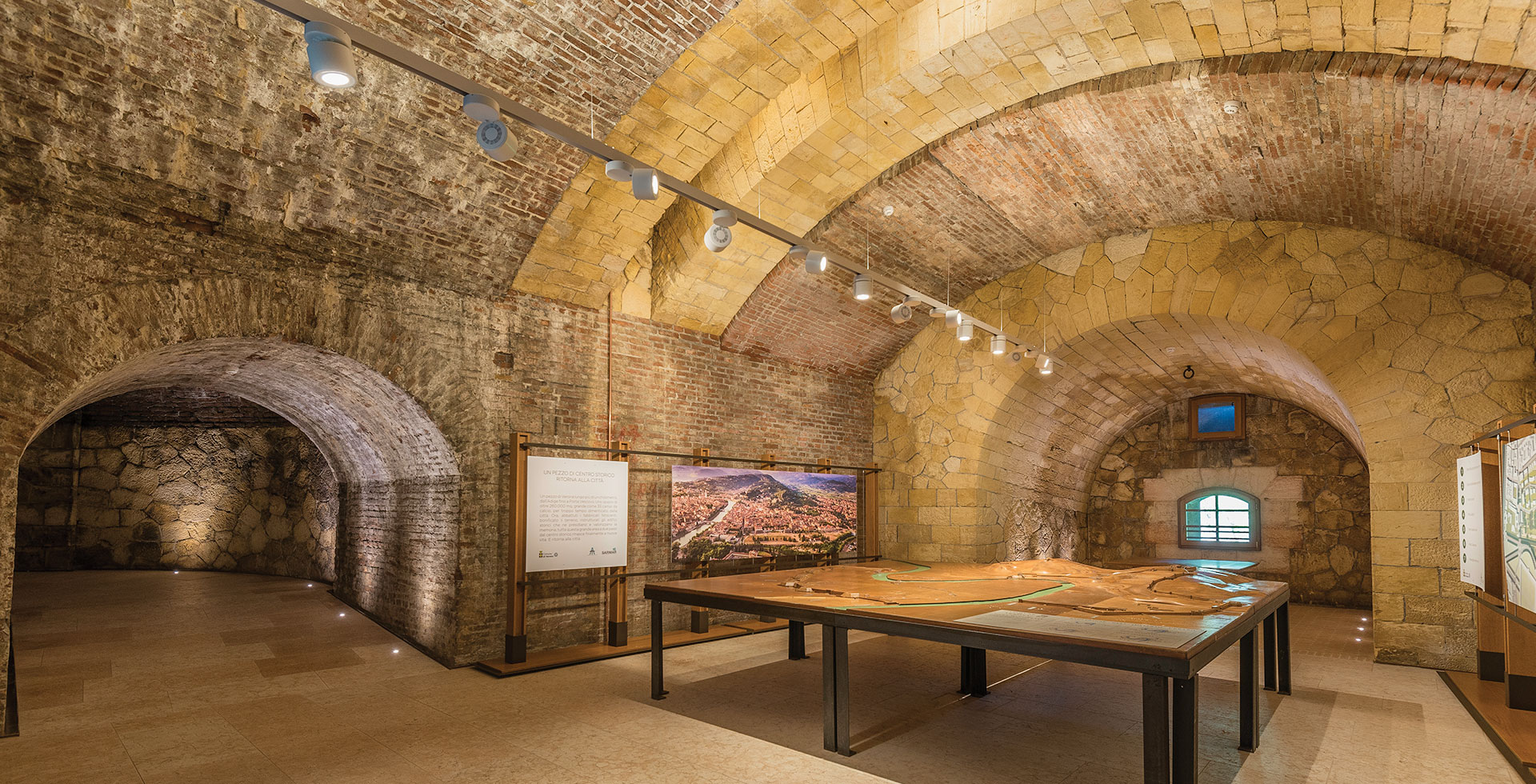 An important restoration project has given back to the city of Verona a bastion which retraces a relevant historic period of its territory: its galleries, illuminated by the products of B LIGHT — leading producer of luminaires — nowadays house the “Fortified city of Verona – UNESCO World Heritage Site” Documentation Centre.

Inaugurated in October 2015, the Bastione delle Maddalene — dating back to 1527, erected during the difensive renovation by the Most Serene Republic of Venice, directed by architect Pier Francesco da Viterbo — represents the first structured space to disseminate knowledge on the immense monumental heritage constituted by Veronese military architecture, thanks to which UNESCO included the city in the World Heritage List. All the internal spaces of the casemate system of the bastion (on two levels, lower and upper, and consisting of entrance, embrasures and armouries, as well as part of the underground countermine gallery surrounding the bastion) received a conservative restoration, pursuant to law as being of considerable historic and artistic interest; B LIGHT luminaires were chosen in order to create lighting effects able to consistently highlight these spaces full of history and fascination.

Internal perimeters of vast brickwork halls and corridors are delimited by ATRIA, a uplight architectural downlight luminaire, dimmable and perfect to provide a lit effect highlighting spaces and objects, and to create light paths.

MAIA, an adjustable projector with 360° horizontal adjustment and 300° vertical adjustment, has the delicate task of highlighting informative panels on display in this wide area, creating additional luminous effects on brick vaults. With no visible screw holes or power supply cable, MAIA is made special by its minimal design and its well-finished aesthetic, together with its recessed LED postion for minimal glare.

For such a particular project, B LIGHT supplied also a customized support for MUSHROOM MEDIUM, an adjustable and dimmable projector, characterized by an innovative design and a functional magnetic support, selected to light up exhibition halls and corridors: in fact, B LIGHT created special upright stands able to sustain several MUSHROOM fixtures, making the most of their 355° horizontal and 90° vertical adjustability. The whole system was created in DALI, in order to allow an efficient light management and dimming versatility.

A new light for a monument that rises to new life, ready to show all its fascination thanks to the lights of B LIGHT.